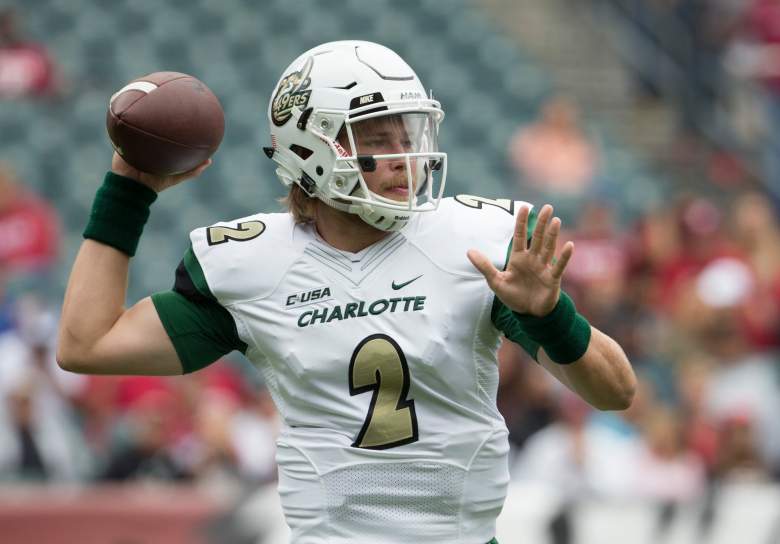 Kevin Olsen of the Charlotte 49ers throws a pass in a game during the 2016 season. (Getty)

According to WLOX-TV, Olsen appeared in a Charlotte court February 20 and was granted a $103,000 bond.

Additional details of the allegations and charges are still emerging and will be updated when available.

Here’s what you need to know about Olsen:

Kevin Olsen in his mugshot.

In court February 20, the prosecutor gave details of the alleged assault. Olsen had been in an ongoing relationship with a 23-year-old woman. He allegedly sexually assaulted her, which left bruises on her body. After going out together the evening of February 18, the two went their separate ways, but Olsen sent her text messages threatening to kill her.

The prosecutor said that Olsen and the woman met up and took an Uber home together. Olsen was reportedly upset at what happened and went into a bathroom, putting a phone charger against his neck and threatened to kill himself. She apparently talked him down and he came into the bedroom and wanted to have sex, but she said no. The woman told officers that Olsen raped her three separate times, though Olsen and his attorneys have denied the allegations.

The alleged assault took place between 3:30 a.m. and 4 p.m. on February 19 at a home near the UNC-Charlotte campus. The woman was hospitalized with bruises and scratches.

The school and football program is aware of Olsen’s arrest and has suspended him indefinitely from Charlotte athletics. It said in a statement that the allegations stem from an incident that occurred off-campus. 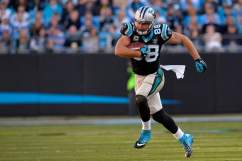 3. He Was Initially Signed to Play With Miami, but Left After Trouble

I appreciate the UNCC coaching staff for this opportunity! Happy to be a 49er. pic.twitter.com/FXgbIaDia1

Olsen was a four-star recruit out of high school and was sought after by numerous Division I programs, including Florida State, Michigan and Stanford.

Kevin decided to attend Miami, like his older brother Greg opted to do. He redshirted in 2013, but was anticipated to win the starting job the next season. But that’s when he started to get into legal trouble.

The Charlotte Observer reported that Kevin was suspended from the team numerous times for breaking team rules and also failing a drug test. After that, he was charged with DUI and possession of a fake or stolen identification.

Olsen never played a down for the Hurricanes because of the incidents and he left the school. He transferred to Towson of the Football Championship Subdivision but he was kicked off the team for violating team rules, the Baltimore Sun reported. He didn’t play a down for Towson and still hadn’t played a snap in a college football game.

In December 2015, Kevin announced his intention to transfer to the University of North Carolina-Charlotte and was named the team’s starting quarterback for the 2016 season. He told the Charlotte Observer about arriving to play for the 49ers after with his legal history:

It’s in the past. People are going to say stuff. It’s never as good or as bad as what you hear. I won’t dwell on the past. People who dwell on things never emerge from that low state. It’s got to stop. It’s been two years ago now. I guess you could say I regret it, probably more for putting my family, friends and coaching staff through it more than anything else. My biggest regret is what I put the people who care about me through over the last two years.

4. He Was a Star in High School

As the quarterback at Wayne Hills, Olsen was extremely successful.

During his high school career, he completed 258-of-453 passes for 3,575 yards, 40 touchdowns and 17 interceptions. His best season came in 2011 when he passed for 1,686 yards, 20 touchdowns and 6 interceptions. In his senior season, Olsen broke his foot and made a return to the team late in the year, but was unable to help Wayne Hills to its third-straight state championship.

Olsen was selected to play in the 2013 Under Armour All-American Game because of his success in high school.

ESPN ranked Olsen as the fifth-best quarterback recruit and No. 87 overall.

5. Olsen Started for Charlotte as a Junior 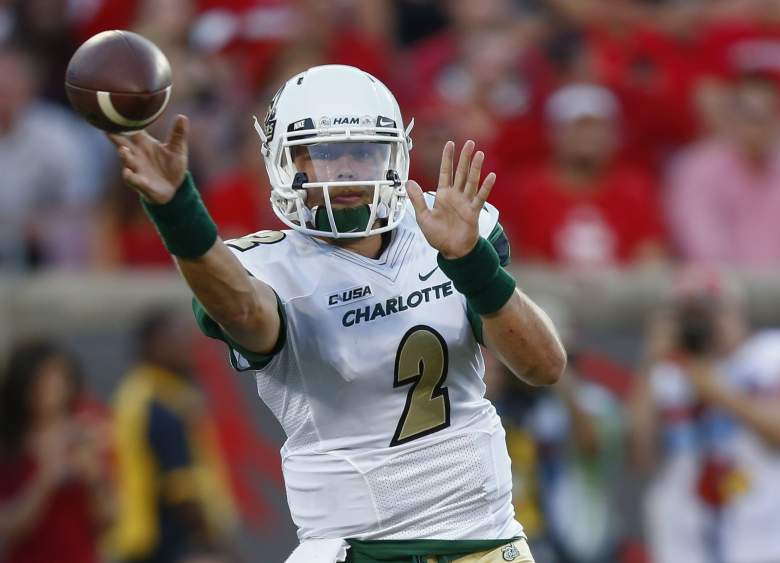 Kevin Olsen of the Charlotte 49ers passes the ball during a game against the Louisville Cardinals in the 2016 season. (Getty)

Olsen finally found the field at UNC-Charlotte, but struggled.

The 49ers started the 2016 season poorly, winning just one out of their first five games before opting to pull Olsen from the starting position. He made a return in the team’s last game of the season, but was just 7-of-20 for 80 yards. The 49ers finished the season 4-8 overall.