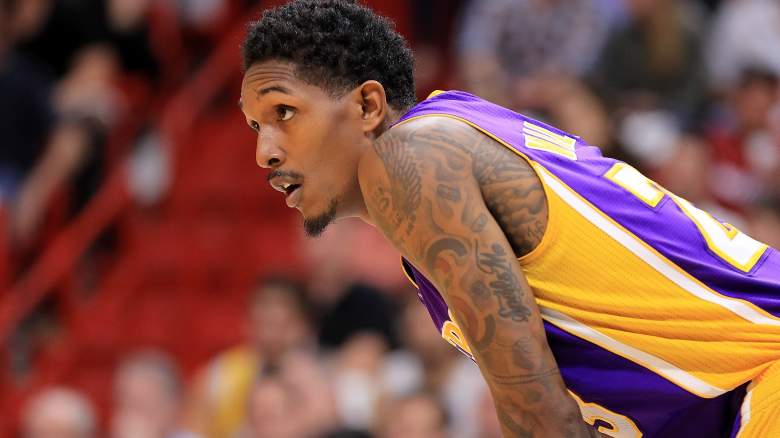 According to Yahoo Sports’ Adrian Wojnarowski, the Lake Show have shipped sixth man Lou Williams to the Houston Rockets in exchange for veteran wing Corey Brewer and a first-round pick:

The Rockets are sending Corey Brewer and a first-round pick to the Lakers for Lou Williams, league source tells @TheVertical.

More important than the actual starting lineup, though, is the new allocation of minutes. Williams, the Lakers’ most consistent offensive player, was logging 24.2 minutes per game and 9.0 minutes per fourth quarter, often playing over second-year point guard D’Angelo Russell in crunch time.

With Williams now gone, both Russell (26.5 minutes per game) and Jordan Clarkson (27.4) should receive significant bumps in playing time as the Lakers look to rebuild the future and speed up the development of their young backcourt.

Here’s a look at the new depth chart:

Brewer slots in to provide some depth behind Brandon Ingram on the wing, though it wouldn’t be surprising if he was waived.