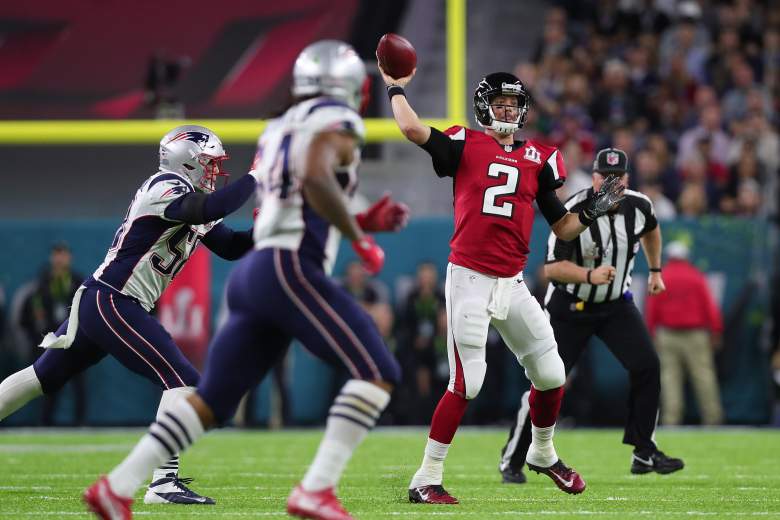 One night after being named the NFL’s Most Valuable Player for the 2016-2017 regular season, it looked as if Atlanta Falcons quarterback Matt Ryan would be adding to his trophy case.

The Boston College graduate has led the Falcons to a sizable lead against the New England Patriots in Super Bowl 51, but couldn’t keep it together late in the game, as the Patriots had the biggest comeback in NFL history to win, 34-28.

But Ryan’s big day started when he found Austin Hooper in the end zone to put the Falcons ahead, 14-0.

Ryan finished the first half going 7-for-8 passing with 115 yards passing, 1 touchdown and a perfect 158.3 passer rating. And he hasn’t slowed down in the second half.

In the third quarter, Ryan rallied the Falcons down the field with a 35-yard pass-and-catch to Taylor Gabriel.

Then, Ryan for into the red zone and scored a touchdown again, this time with 8:31 left in the third quarter. He hit running back Tevin Coleman with a screen pass and he ran it in for another touchdown, this one of the 6-yard variety, to give the Falcons a 28-3 lead.

Tom Brady was named the Super Bowl MVP when the game ended and the Patriots won their fifth-ever Lombardi Trophy. 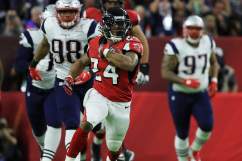