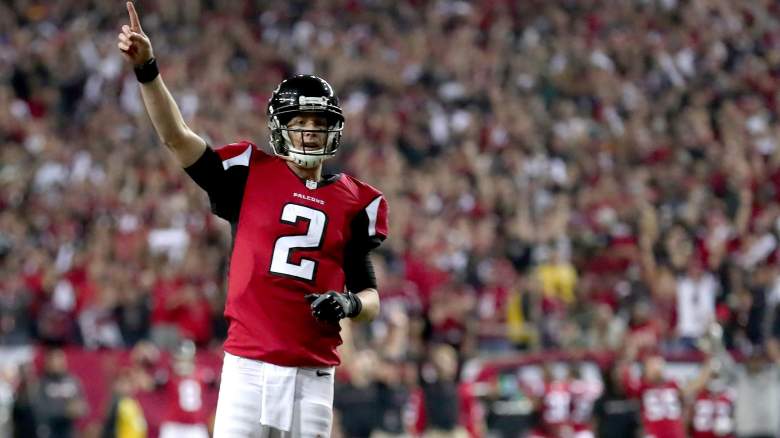 Super Bowl matchups often come down to the quarterbacks, which is probably why Super Bowl LI between the New England Patriots and Atlanta Falcons is so difficult to predict.

On one side, you’ve got Tom Brady, the winningest QB in NFL playoff history and potentially the first to win five Super Bowls. On the other, you’ve got Matt Ryan, the regular season MVP.

As the pair get set to go head-to-head for the Lombardi Trophy, let’s take a closer look at what they’ve accomplished this season:

Ryan has just had an absurd year, leading the league in touchdown percentage (touchdowns divided by pass attempts), yards per attempt, adjusted yards per attempt, yards per completion, QB rating and QBR. Of the 305 quarterbacks in NFL history who have attempted at least 500 passes in a season, Ryan finished with the highest ever yards-per-attempt mark, surpassing Aaron Rodgers’ unbelievable 2011 campaign. And even though it didn’t seem possible, he has been even better in the postseason.

Brady, meanwhile, continues to prove he is half human and half machine, having one of his best seasons at the age of 39. The overall raw totals may not look all that impressive since he missed the first four games of the season, but he has been picking apart defenses with absolute ease. From an efficiency standpoint, 8.2 yards per attempt is the third highest mark of his career, while the 28:2 TD:INT ratio is the best he has ever had. In fact, only three QB’s in NFL history have thrown for 25-plus touchdowns and less than five picks in a season: Nick Foles (2013), Aaron Rodgers (2014) and Brady, who has now done it twice (2010 and 2016).

For those concerned with advanced stats, Football Outsiders’ DYAR, which “gives the value of the quarterback’s performance compared to replacement level, adjusted for situation and opponent,” ranks Ryan first and Brady fifth, though Brady’s overall rating is hurt by missing four games.

Ultimately, Ryan grades out better for this season, but both have been transcendent. In other words, that over/under of 58.5 points could be in trouble.