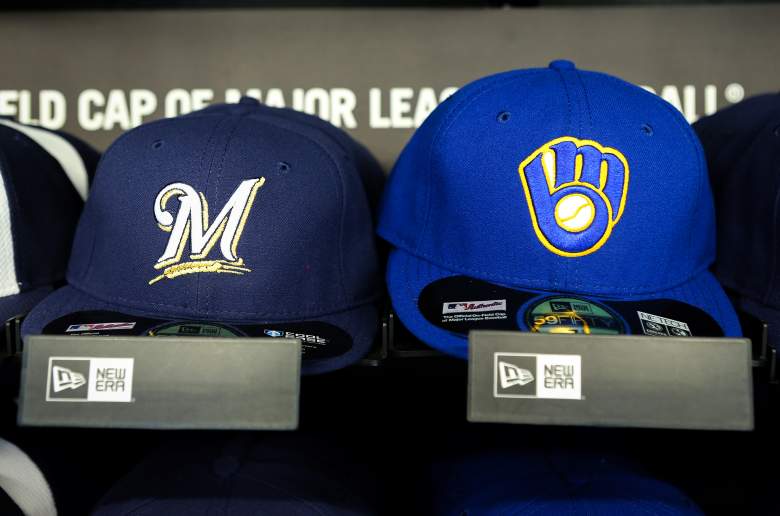 The Milwaukee Brewers are in the midst of a huge rebuild project, and spring training figures to be an important time for the young roster to showcase their talent.

In 2016, the Brewers exceeded most expectations after shipping a majority of the key players on their roster for younger talent. That leaves Milwaukee with a slew of young talent and prospects in the minor league system and truly only one veteran remaining on the main roster — Ryan Braun.

The Brewers finished 73-89 overall last season and placed fourth in the National League Central, though there were some signs of progression. The Brewers had the fourth-youngest roster in the MLB at an average age of 27.9-years old.

Here are some of the Brewers you should keep an eye on at spring training: 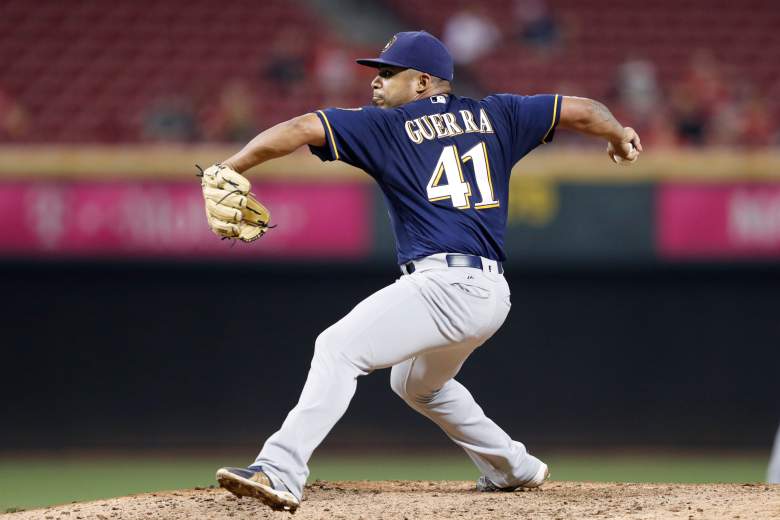 Right-handed starting pitcher Junior Guerra was a bright spot on Milwaukee’s starting rotation in 2016; the 32-year old came out of nowhere and dominated on the mound. He was 9-3 in 20 starts with a 2.81 ERA. It’s hard to argue with those numbers, but also hard to argue with the fact that he is one of the oldest players on the Brewers’ roster.

Guerra didn’t get a ton of strikeouts last season, and it would be hard to maintain those numbers in 2017. But he will be a starter when the season begins and will need a big spring training to get back into form. 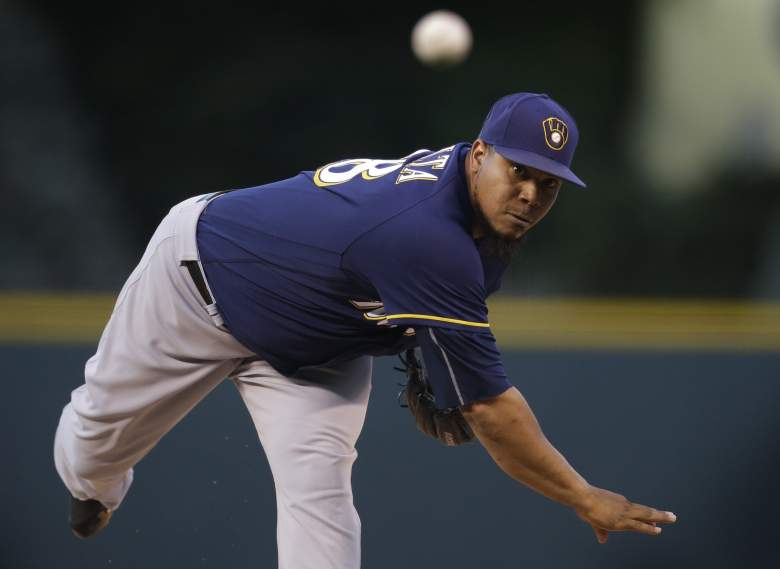 Prior to the 2015 season, Peralta looked as if he would be the Brewers’ ace on the starting rotation for years to come. But that’s since failed to materialize, as he’s struggled mightily.

A solid 2014 season led to him moving up the rotation toward the top. But he struggled in 2015, going 5-10 with a 4.72 ERA, though it looked like he may have got it back during spring training last season. So much so, that he was named the Brewers’ Opening Day starter. The start was a tell-tale sign of the type of season Peralta would have — the Brewers lost to the Giants, 12-3, and he gave up 5 runs in 4 innings.

Peralta went 7-11 as a starter with a career-high 4.86 ERA in 23 starts in 2016 and was demoted to Triple-A. But he was brought back up to the main roster even though he didn’t do much at AAA Colorado Springs.

It’s unclear if Peralta even has a spot on the starting roster, or if he would be subjected to working out of the bullpen. Either way, 2017’s spring training will be big a big opportunity for Peralta. 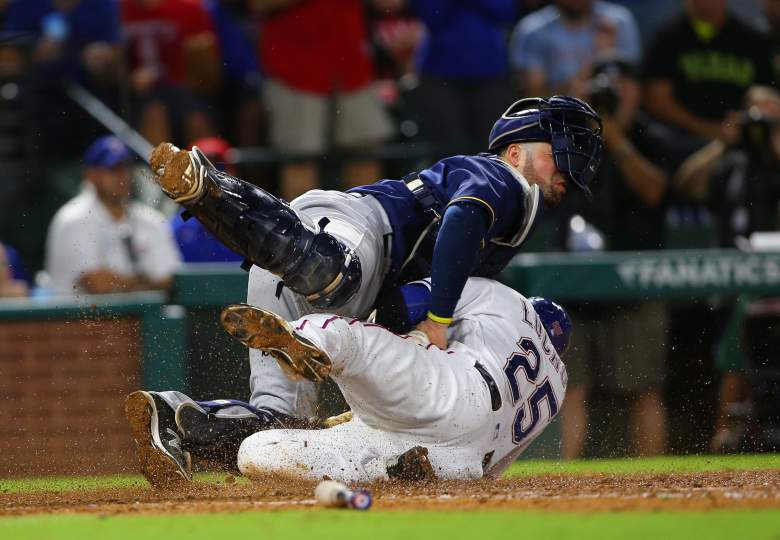 Jonathan Lucroy of the Texas Rangers collides with Manny Pina of the Milwaukee Brewers before being called out during a game in 2016. (Getty)

The Brewers went young at catcher in 2016, too. They traded longtime catcher Jonathan Lucroy along with pitcher Jeremy Jeffress to the Texas Rangers for prospects. Then in December 2016, they went even younger by trading catcher Martin Maldonado to the Angels for catcher Jett Bandy.

Bandy is a 26-years old and played in 70 games for the Angels, starting 60 of them behind the plate. He had just 2 passed balls in 2016 and had a 40-percent caught stealing percentage. He will be in direct competition with Andrew Susac and Manny Pina for the starting catcher job.

Susac came to the Brewers from San Francisco in a deal that sent pitcher Will Smith to the Bay Area. Susac suffered an injury in August last season and struggled at Triple-A Colorado Springs. He played in nine games for the Brewers and batted with a .235 average. Prior to making the move to Milwaukee, Susac started 33 games for the Giants in 2015 but came with a 17 percent caught stealing percentage.

Susac and Bandy will compete for the starting catcher job with Manny Pina, who first came to the Brewers in 2015, but has bounced around organizations since 2004. He will turn 30 in June, and has spent a large portion of his career in the minor leagues.

In 2015, Pina had the best season of his career at Triple-A Toledo, Detroit’s minor league affiliate. He batted .305/.379/.461 that season and hit 7 home runs. Once on the Brewers in 2016, Pina succeeded at Colorado Springs, batting .329 with 5 homers before being called-up to the main roster in August following the Lucroy trade. He batted .254 in 81 appearances at the plate while also being serviceable at blocking and throwing as a catcher.

It seems likely that Bandy will be the guy, though there figures to be strong competition at spring training from the trio of catchers for the starting role. 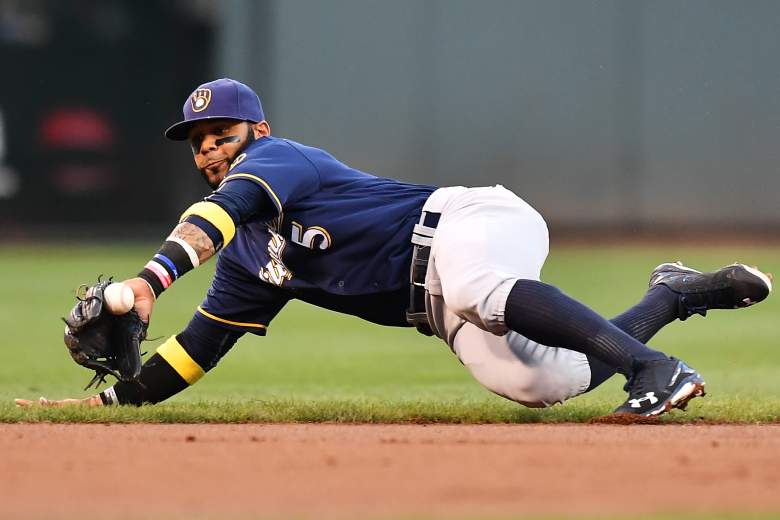 Jonathan Villar of the Milwaukee Brewers dives to stop a ground ball during a game in 2016. (Getty)

Virtually all the starting positions have been filled prior to the first spring training game, and Jonathan Villar officially moving to second base solidified that.

Villar will take over the position for Scooter Gennett, who looks to play as a utility man for the Brewers this season. Villar was dominant for the Brewers last season, hitting .285 with 19 home runs, 63 RBIs and 38 doubles while also leading the MLB with 62 stolen bases.

But he played just 14 games at second base in 2016, otherwise playing in 108 games as a shortstop. Orlando Arcia will take control of the role while Villar moves to second. He’s also a switch-hitter and led the team in hits and walks last year. A solid spring training will certainly help jump-start Villar into the season.

Gennett has hit .279 in his career and had career-best numbers in 2016 with 56 RBIs and 14 home runs. He will be on the Brewers’ roster, but how much he will play right away depends on his outing during spring training. 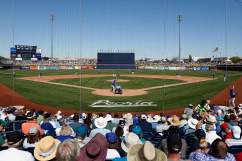