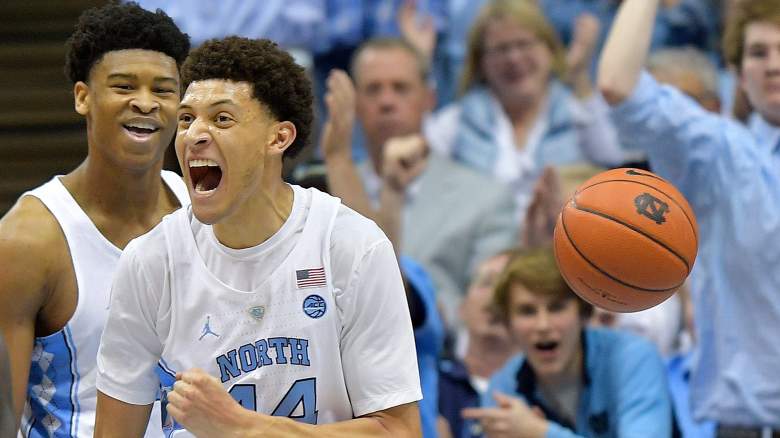 First place in the ACC is on the line Wednesday night when No. 8 North Carolina hosts No. 7 Louisville.

A win for Louisville would make it a three-way tie in the loss column between the Cardinals, UNC, and Duke, while a victory for the Tar Heels would potentially turn the March 4 meeting between UNC and Duke into the regular-season conference championship.

There’s clearly a lot at stake, so let’s take a look at the anticipated Top-10 matchup:

Note: All odds courtesy of OddsShark.com

There’s no doubt that these are two legitimate national championship contenders.

The Tar Heels, who are coming off a 24-point drubbing of a Virginia team that almost never gets blown out, are in position to earn a No. 1 seed, while the Cardinals have won six of their last seven–they had just seven scholarship players in uniform for the loss–and are right behind on the No. 2 line.

Setting up to be one of the best matchups of the college basketball regular season, this will likely come down to North Carolina’s offense, which ranks fourth in Ken Pomeroy’s adjusted efficiency, vs. Louisville’s defense, which ranks fifth.

Justin Jackson and Joel Berry have both been tremendous for the Heels this season, combining to average 33.6 points and shoot 40.2 percent from beyond the arc, but this could be their most difficult matchup of the season. Louisville has a long, pressuring defense that ranks ninth nationally in three-point percentage defense, seventh in block percentage and has one of the country’s best thieves in Donovan Mitchell.

Speaking of Mitchell, he’ll also be vitally important on the offensive end, where he is averaging 19.1 points on 48.9 percent and 44.6 percent from the arc over his last 10 games and has transformed into one of the best guards in the country–let alone the ACC.

Mitchell and Quentin Snider could give the Heels problems in the backcourt, but Carolina has the advantage on the interior, as they grab a whopping 42.2 percent of their own misses. That’s most in the country, while Louisville–despite also having a lot of size–ranks just 141st on the defensive glass.

Ultimately, this should be close enough that Louisville covers a pretty large spread spread, but home-court advantage–UNC hasn’t lost at the Dean Smith Center this year–gives the Tar Heels the edge.