BUT ON THAT NOTE! Sunday is always FUNDAY! #riseup #SB51

25-year-old Ricardo Allen is getting ready for the biggest night of his professional career.

Allen is a free safety for the Atlanta Falcons, having been drafted to the team in the 2014 Draft. Joining him at the game will be his wife, Grace.

Here’s what you need to know about Atlanta Falcons’ Ricardo Allen. 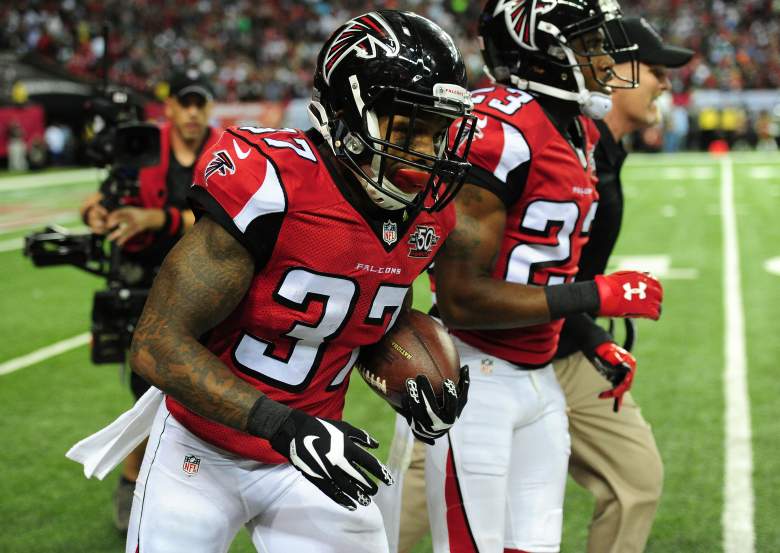 Ricardo Allen of the Atlanta Falcons celebrates after a fourth quarter interception against the Philadelphia Eagles at the Georgia Dome on September 14th, 2015 in Atlanta, Georgia. (Getty)

Ricardo Allen was born in 1991 in Daytona Beach, Florida, and he attended Mainland High School.

2. He Played for Purdue University 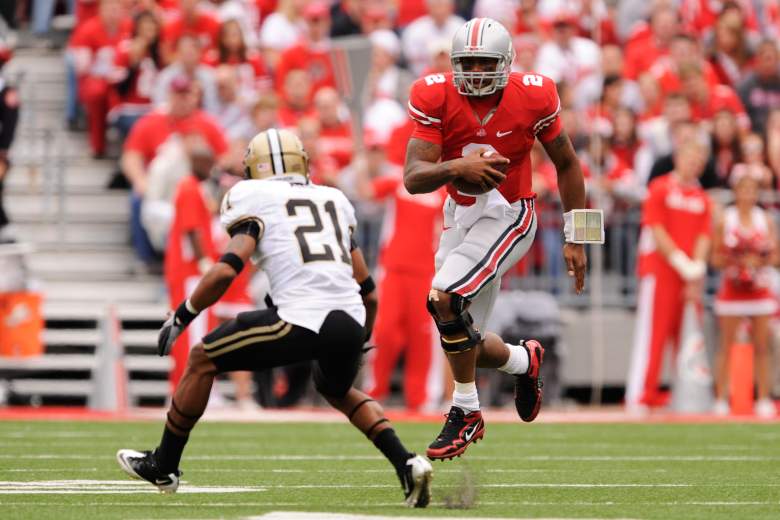 Terrelle Pryor of the Ohio State Buckeyes looks for running room as Ricardo Allen of the Purdue Boilermakers defends at Ohio Stadium on October 23nd, 2010 in Columbus, Ohio. (Getty)

After graduating from Mainland High School, Ricardo Allen committed to Purdue University in October 2009, according to Rivals.com.

That year, Allen also broke the school’s record for interceptions for touchdowns: 38 yards in the final minutes of a match against Marshall University, according The Exponent.

Finally, during the 2013 season, Allen finished with 52 total tackles, including 41 solo tackles and 11 assisted tackles. He closed his time at Purdue University with 14 interceptions.

Allen earned All-Big Ten honors for each of his four years with Purdue team, according to the Atlanta-Journal Constitution. 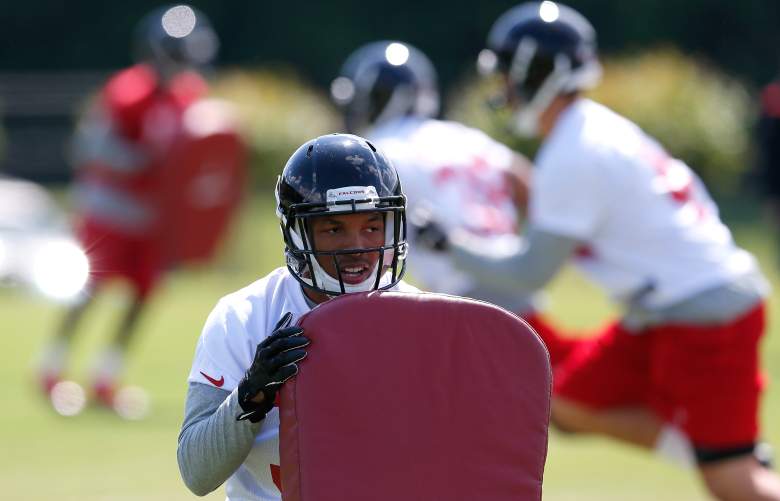 Ricardo Allen was drafted to the Atlanta Falcons in 2014; he was picked in the fifth round and was the 147th pick overall.

He signed a four-year contract in May 2014, according to the Daytona Beach News Journal, and so he will be a free agent next year. According to Spotrac, Allen’s current base salary is $525,000.

When he was first drafted to the Falcons, a lot of fans didn’t think Allen would get very far, with the fansite The Falcoholic writing at the time, “While I’m excited to have Allen, it’s unlikely he’ll be a major contributor to the team. Either way, it’s a new Falcon and those are always fun.”

At first that prediction turned out to be correct, as Allen was cut from the team and assigned to the practice squad, where he mostly kept to himself.

“I didn’t say anything all year,” Allen told the Atlantic-Journal Constitution. “The majority of the time I kept my head down and walked past everybody. I always was quiet … because I felt that I was good enough to play and I didn’t feel like I was getting the opportunity at that time.”

But when Dan Quinn was hired as the Atlanta Falcons’ coach in 2015, he made Allen a free safety, and Allen went on to start 33 of the 35 games played over the next two seasons.

4. He Is Described as the Best Tackler on the Falcons

Hide yourself in God, so when a man wants to find you he will have to go there first! #SB51 #tunnelvision

“He was the best tackler on the team, and the thing about it was his mentality and his attitude,” Manuel said. “When you watched him, he worked at it every day. I tell him all the time, ‘Your job is to stay on top, no seams, no posts, and make sure you get the ball down and give us another down.’ And he took that challenge on which, for me, was awesome, because we really had a rookie at safety starting.”

Richard Smith, defensive coordinator for the Falcons, told ESPN that Allen has “accepted all of the coaching” and that “we’re really pleased with his progress and I think as he continues to play it’s only going to get better and better.”

sitting in our dark hotel room with our son napping on my chest just letting my mind wander back through the last five years, because if I'm being honest it's the first moment of silence & rest that I can remember over the last few days, and weeks. the excitement is still roaring strong, but the real & raw emotions have started to sink in. it's the eve of your first Superbowl. the pinnacle of what those who do what you do, work every single minute, hour, and day to achieve.. we are here, this is real. this is the result of you and your never failing, relentless day in & day out effort. there were lots of days of hard work and sacrifices made by yourself, and others around you prior to when our story began. I wish I could've been there for those. I wish I could've been there since the very beginning, but I wasn't. But, what I can say is this; since the moment that we laid eyes on one another, this dream of yours became a dream of mine, a dream I never knew I had, a dream that quickly took precedence in our lives, a dream that caused us to make a lot of sacrifices, to put a lot of things on hold, to live a life of day to day standing on nothing besides our faith in God to see us through, a dream that caused us to break into Purdue's indoor facility after hours just to load up five hundred tennis balls into the launcher to work on hand/eye coordination, a dream that separated us for months while you trained in Florida and I finished up my masters degree, a dream that caused us to sit, in silence, for three days waiting for a phone to ring to determine where our home would be, a dream that took us to Atlanta– we arrived on cloud nine and quickly we were left wondering what the future held when we received the phone call that you didn't make the 53 man roster, a dream that caused us to have to cancel our "dream" wedding and get married in my outlet mall wedding dress in our friends backyard with 24 people present, a dream that caused you to learn & adapt to a new position with 6 days to learn the playbook before you were tested on your skills, your worthiness to remain a Falcon, a dream that allowed me to suffer through morning sickness(cont in comments if you wish)

Ricardo Allen is married to Grace Allen. The two of them met back in 2012, when they were both students at Purdue University. Grace was friends with Ricardo’s roommate, and he introduced them to one another.

As Grace describes it on her wedding website, the first time she and Ricardo met, she accidentally called him “Albert” for about two hours straight, and she felt so embarrassed she thought she had blown her chance with him. Luckily, though, she received a message on Twitter from Ricardo two days later, and they soon had their first date at a frozen yogurt place on the Purdue campus. Ricardo describes his experience of first meeting Grace by writing that he saw “the most beautiful thing in the world looking at me and I knew that there was a God and I knew that somehow, someway, I was going to get a hold of Gods gift to the world.”

Grace ended up graduating from Purdue with a Master of Public Health degree. Ricardo and Gracie were married on July 11th, 2015, and the couple now has a son together.

According to ESPN, Grace frequently criticizes Ricardo’s technique and helps him improve his game.

“She can tell me what I do wrong before I even notice,” he told ESPN. “One time I overran a play, and she was like, ‘The reason you overran that play is because you crossed your feet.’

Read More
Atlanta Falcons, NFL, Superbowl
Ricardo Alle of the Atlanta Falcons is getting ready for the biggest night of his career, and he will be joined at the Superbowl by his wife, Grace.