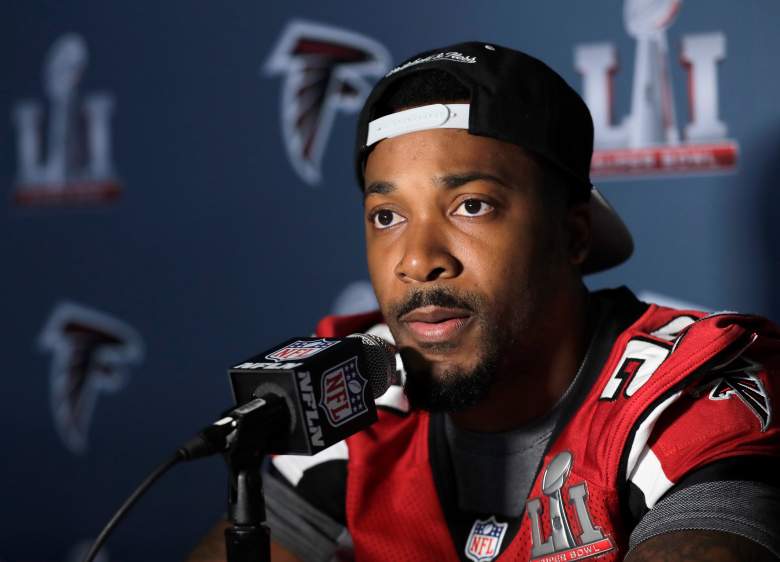 Robert Alford, 28-year-old cornerback for the Atlanta Falcons, will play in the Superbowl tonight, four years after being drafted to the team.

Alford is from Hammond, Louisiana; he is 5’10” and weighs 186 pounds. According to The New Orelans Advocate, his teammates nicknamed him Rocky, and he has since been described as Atlanta’s version of the famous Slyvester Stallone character.

Here’s what you need to know about Alford ahead of the big game. 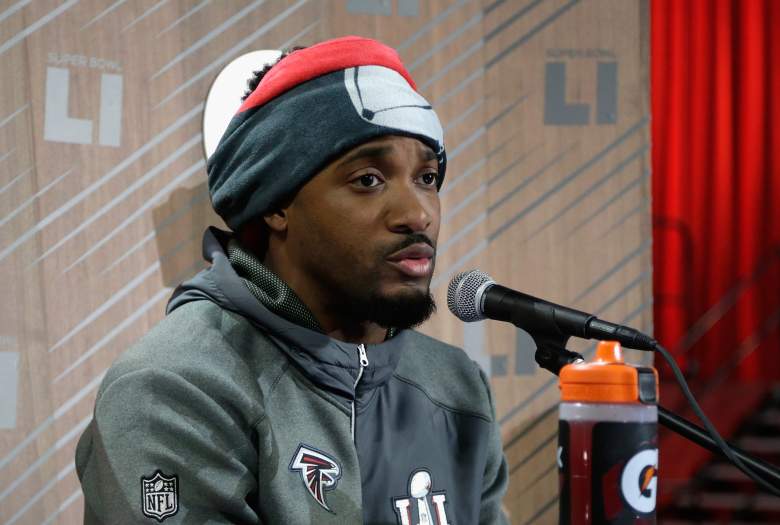 According to Lion Sports, Alford was a wide receiver for the Hammond football team, and he was chosen as the team’s Rookie of the Year during his sophomore year. He caught 10 touchdown passes during his senior year.

Outside of football, Alford also played on Hammond High’s track and field team. At the Louisiana 5A State Championships in 2008, he placed seventh in the 400 meter dash and sixth in the long jump, according to Athletic.net.

2. He Played for the Southeastern Louisiana Lions 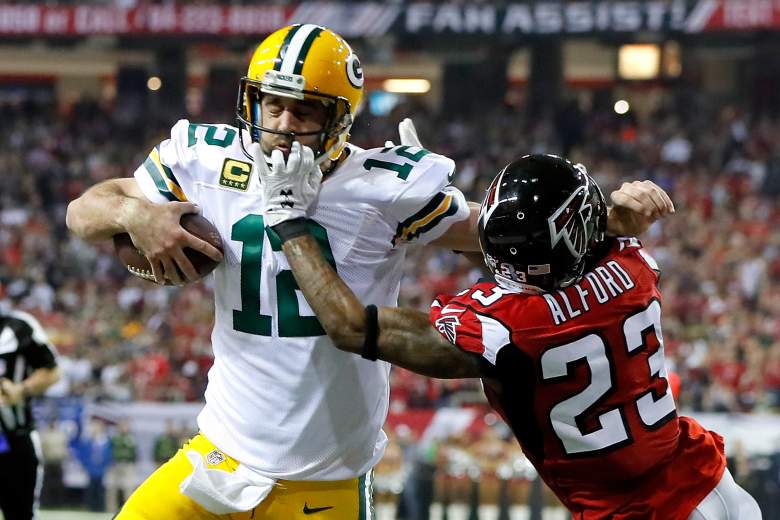 Robert Alford of the Atlanta Falcons attempts to tackle Aaron Rodgers of the Green Bay Packers in the fourth quarter in the NFC Championship Game at the Georgia Dome on January 22nd, 2017 in Atlanta, Georgia. (Getty)

During the 2009 season, he started nine out of 10 games and finished with 46 tackles, including 35 solo tackles. An injury forced him to miss the 2010 season, but in 2011, he returned to the field and started all 11 games. He finished that season with 52 tackles, including 45 solo tackles. He also recorded the third-longest interception in the history of Southeastern Louisiana University with a 64-yard interception during a game against UCA. 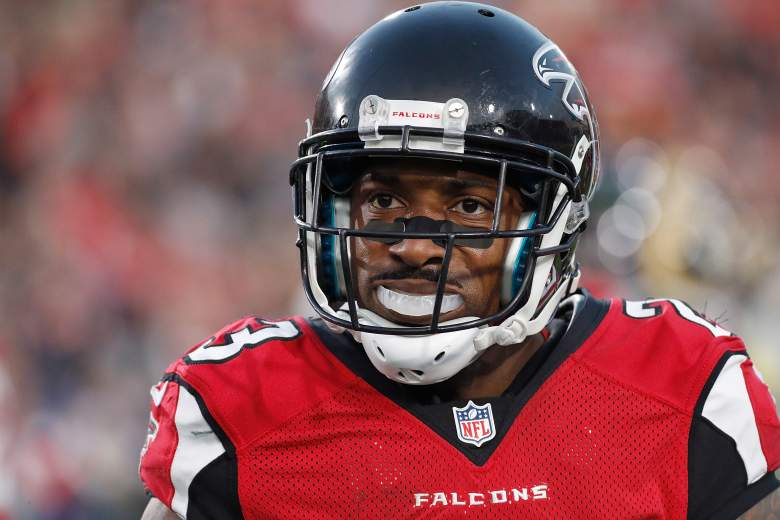 During the 2013 NFL Draft, Robert Alford was drafted to the Atlanta Falcons; he was the 60th overall pick, being selected in the second round. 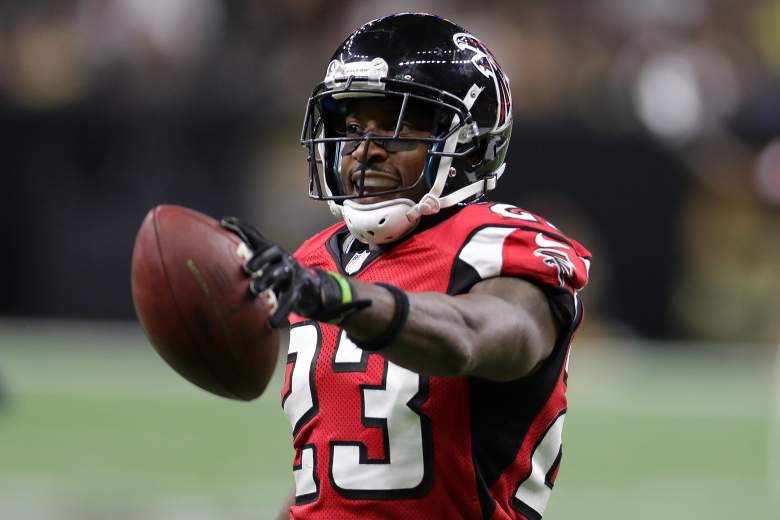 Robert Alford of the Atlanta Falcons reacts after a pass against the New Orleans Saints at the Mercedes-Benz Superdome on September 26, 2016 in New Orleans, Louisiana. (Getty)

Robert Alford recently extended his contract with the Atlanta Falcons.

According to ESPN, Alford’s new contract ends in 2020, it is worth $38 million, and it includes $28 million guaranteed. He was the second player to have his contract with the Falcons extended that year after Ryan Schraeder.

Alford said at the time that he was excited to stay on with the Falcons.

“It feels good,” Alford told ESPN. “It feels good to be in the same place. I love it here. I love the coaching staff. I love Coach [Dan] Quinn. Just for them to give me the extension, I’m very blessed. That’s all I can say.”

Alford’s agent added that Alford hopes to be a Falcon for life.

5. His Older Brother Played for the New Orleans Saints 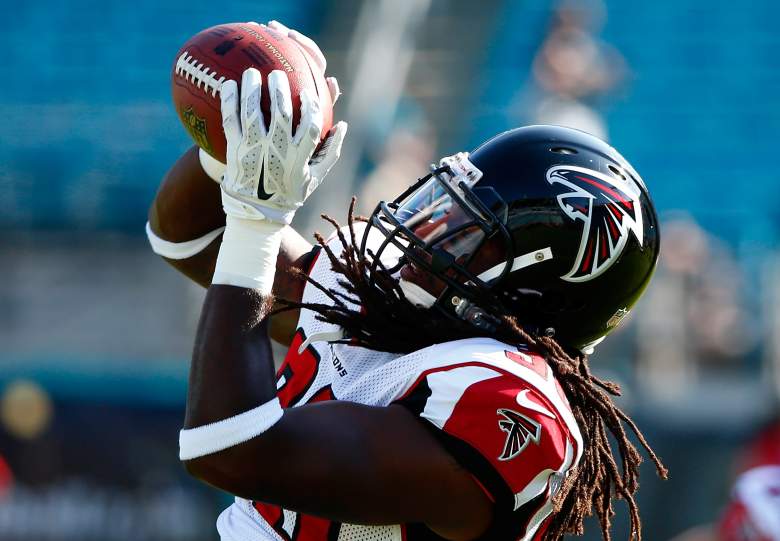 Robert Alford of the Atlanta Falcons warms up before the preseason NFL game against the Jacksonville Jaguars at EverBank Field on August 28, 2014 in Jacksonville, Florida. (Getty)

Robert Alford is not the first member of his family to play for the NFL.

His older brother is Fred Booker, who played for the New Orleans Saints during the 2005. He also previously played for Louisiana State University.

Alford says that he was inspired by his brother, and that his brother believed that he too could be drafted to the NFL.

“My older brother who played in the NFL always told me it didn’t matter where you go, you could go to an NAIA school but as long as you have talent the scouts will always find you,” Alford told The Times-Picayune. “That’s just something that stuck with me throughout my career and look now I’m here. I’ve got one more step to prove that I can play.”

Read More
Atlanta Falcons, NFL, Superbowl
Robert Alford, 28-year-old cornerback for the Atlanta Falcons, will play in the Superbowl tonight, following in the footsteps of his older brother, Fred Booker.