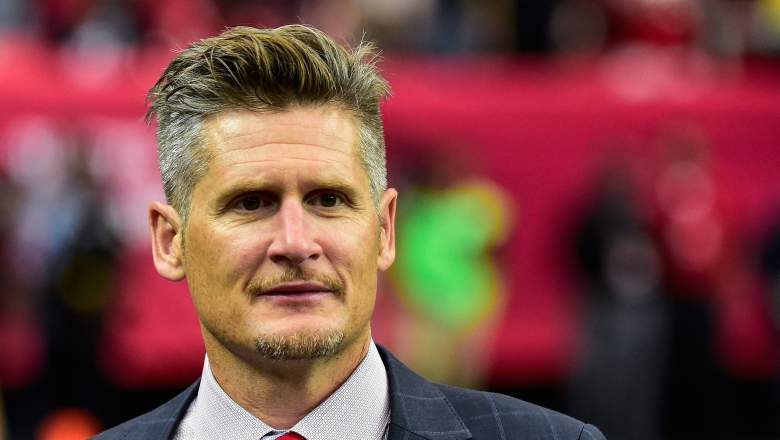 Thomas Dimitroff is the general manager for the Atlanta Falcons, who are plating in Super Bowl LI. Dimitroff has put together an excellent young team, and previously worked for the Falcons’ Super Bowl opponent, the New England Patriots.

Although Dimitroff was born in Ohio, he was raised in Ontario from age eight onward. His family first lived in Ottawa, then Burlington and then Hamilton. The family followed his father, Thomas Dimitroff Sr., wherever his job took him.

Here’s a look at the 50-year-old Dimitroff’s life and career.

1. He’s Married to Angeline Dimitroff & They Have 2 Children 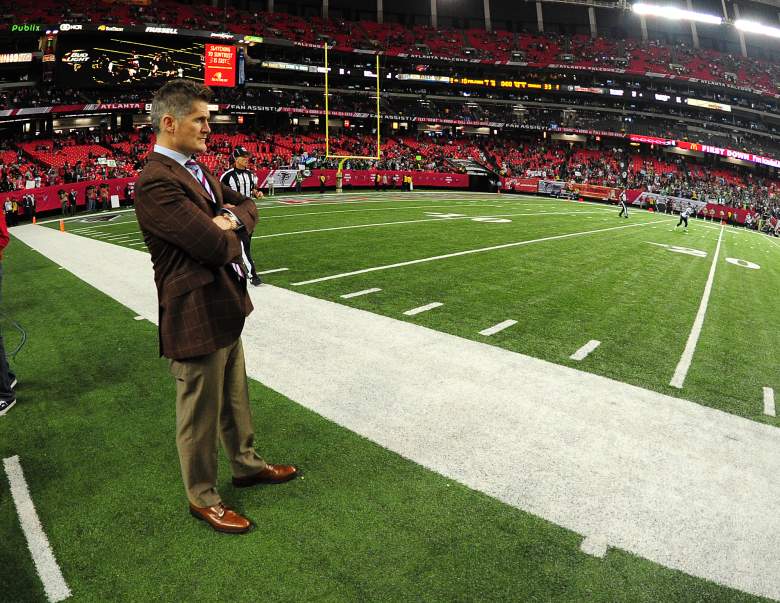 Dimitroff is married to Angeline Dimitroff and the couple have two children. One of their sons is named Mason.

Back in 2013, Angelina participated in a special Women’s Association volunteer event in Flowery Branch, Georgia. The event was set up by the Christian-based youth group Eagle Ranch.

“As soon as you walk in, you can just feel it’s a special place,” Angeline told Falcons.com. “It’s in a beautiful location and it’s a great retreat for these children and families who need solace. It’s amazing that they can make a difference for so many children’s lives; what they have going here is very special.”

In an interview with Saporta Report, Demitroff said that being a father hasn’t slowed him down.

According to the Denver Post, Dimitroff met Angeline Bautista at the Sports Garage in Boulder, Colorado in April 2001.

“We ended up talking the whole night,” Angeline told the Post. “I thought I was really healthy until I met Thomas. I learned so much from him about additives and preservatives and sugar in foods.”

The couple married in Aspen, Colorado. according to her LinkedIn page, Angeline works at Soul Symmetry, LLC in Atlanta.

2. He Previously Worked for the New England Patriots Before Joining the Falcons 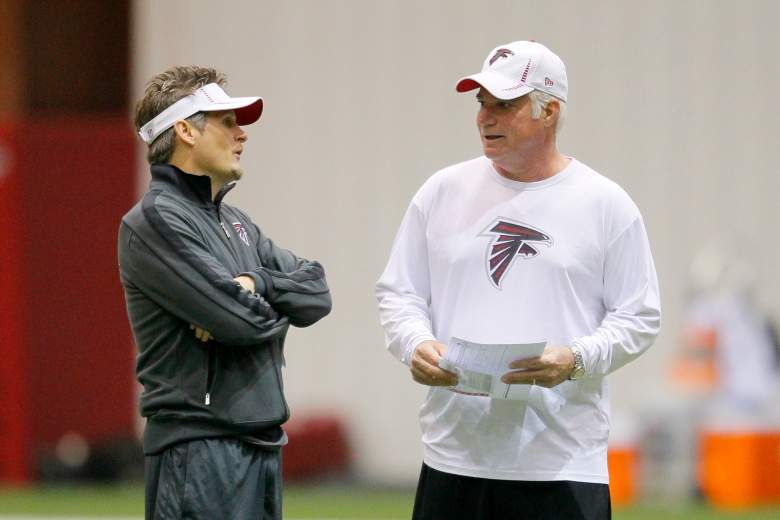 Dimitroff, who was born in Barberton, Ohio, started his career in the NFL with Bill Belichick. He was first a member of the Cleveland Browns ground crew while his father, Tom, was a scout for the team. Belichick was the head coach at the time and he worked with the future Patriots head coach before going to the Kansas City Chiefs as a scout.

in 2002, Dimitroff joined Belichick in New England, overseeing the college scouting operation until 2007.

3. He First Worked in the Canadian Football League 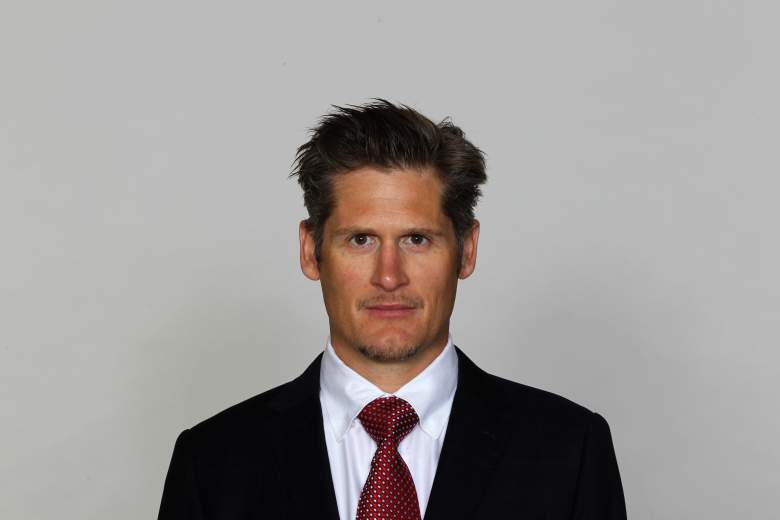 Dimitroff graduated from the University of Guelph in Ontario. He played defensive back in college.

Before Dimitroff worked as an executive in the NFL, he stayed in Canada. He was scouting coordinator for the Saskatchewan Rougriders in the Canadian Football League from 1990 to 1991 and worked as an NFL scout for the world League of American Football in 1992.

In an interview with the Toronto Sun, Dimitroff explained how he got a job in Seskatchewan:

“It’s funny, because I had known Dan Rambo over the years. Dan would come through Guelph and scout our team. And I’d talk to him because of his connection with my father. At that point, we’d touch base. He’d mention, ‘If you’re ever interested in getting into personnel, let me know.’ But my head wasn’t there at that time, while I was playing. I thought the best thing for me, because I love defence so much — and because I was raised in a family with a hard-nosed, tough, tough, driven coach — was I wanted to do be a part of creating, honestly, the most bad-ass defence I could ever create. I wanted to be a defensive coordinator, is what I wanted to be. I never even thought about being a head coach. I just wanted to lead a defence. So when I had an opportunity to do scouting, it was something different. But I thought I would check it out and see if I liked it.”

In the 2008 NFL draft – his first with the Falcons – Dimitroff picked Matt Ryan, who was named the 2016 NFL league MVP. In the first round, he also drafted offensive tackle Sam Baker. The team reached its first postseason birth in four years that season.

“I remember we were flying West to San Francisco to work some players out, watching some video,” Dimitroff told Fox. “It was funny, it hadn’t quite dawned on me this way before, but I swear to God, I looked out the window and there was this amazing sunset shining through the clouds, and I looked down at the video I was watching. And I saw the ‘12’ on Matt’s back (Ryan wore 12 at BC), and I immediately started thinking about Tom Brady. And it was like, this is a no-brainer, this is what we have to do.

“You’re always looking for confirmation. That was a fun moment for me, like, what are we doing? We’re overthinking this. And [then-coach Mike Smith] and I talked about it and said no question, 100 percent, this is our guy.”

5. His Father Is the Late Tom Dimitroff, Who Played in the Canadian & American Football Leagues

Dimitroff’s father is the late Tom Dimitroff, who died in January 1996 at age 61.

Tom Dimitroff, Sr. was also in football, playing for the Ottawa Rough Riders from 1958 to 1958, the New York Titans in 1960 and the Boston Patriots in 1960. He was also a coach and an administrator in football.

In an interview with Saporta Report, Dimitroff said that the defining moment of his life was being with his father as his father died from cancer.

“I’ve had a number of Moments, but the one defining Moment happened on January 19, 1996, when I was down at the Senior Bowl in Alabama, and I got a call from my Mom and she urged me to go back up to Cleveland as soon as I could because my dad was getting close to the end of his life,” Dimitroff told the site.

Dimitroff said that his father told him “how important it was for me to truly live my life the way that I wanted to live my life,” adding, “Live it the way I live and not to care what anyone else thought and that I was to approach it with my positivity and passionate and persevering approach to life. And to live with my passion – shoot for the stars. Don’t look back and don’t look for the judgment from other people and make sure this is how I wanted to do it.”