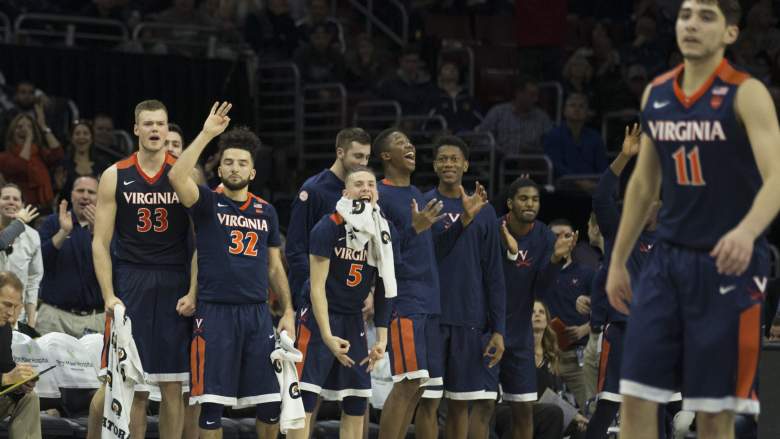 A log-jam right behind North Carolina top the ACC will be–slightly–cleared up on Wednesday night, as No. 12 Duke travels to Charlottesville to take on No. 14 Virginia in what is undoubtedly the marquee matchup of the day.

The Blue Devils are red-hot, winning five in a row overall and three straight since Mike Krzyzewski returned to the sidelines, while the Cavaliers enter having lost three of their last five, most recently dropping a double-overtime stunner to in-state rival Virginia Tech.

There’s no over-stating the importance of this one. With each squad still to play North Carolina (Duke one more time, Virginia twice), the winner of this one will be close to controlling its own destiny for a conference title.

Here’s a preview of what to expect:

The Hoos may have lost three of their last five, but it’s no reason to panic. Teams often go through little spells of inconsistency throughout the season, and besides, the three losses–which have all come away from John Paul Jones Arena–have been by a combined eight points.

Meanwhile, their two wins during that stretch were a 23-point thumping of the same Virginia Tech team that beat them in double overtime and a 16-point win over an undermanned but still talented Louisville team.

That said, Duke is surging at the right moment. Finally at full capacity after an array of injuries–both on the court and to their Hall-of-Fame head coach–and other tripping-related incidents, the Blue Devils boast wins at Notre Dame and at home against ACC leader North Carolina the last couple of weeks. They recently stumbled a bit against Clemson but still demonstrated poise to win.

North Carolina vs. Duke Men's Basketball Highlights (2016-17)North Carolina vs. Duke: The No. 18 Blue Devils won a tough rivalry game against the No. 8 Tar Heels, 86-78. It was a typical close game in this series with 9 ties and 17 lead changes. Grayson Allen led all scorers with 25 points and freshman Jayson Tatum scored 19 points all in the 2nd half. SUBSCRIBE: http://bit.ly/Oqg3iE The Atlantic Coast Conference (ACC) is a collegiate athletic conference in the United States in which its fifteen member universities compete in the National Collegiate Athletic Association (NCAA's) Division I, with its football teams competing in the Football Bowl Subdivision (FBS), the highest levels for athletic competition in US-based collegiate sports. The ACC sponsors competition in twenty-five sports with many of its member institutions' athletic programs held in high regard nationally. ACC teams and athletes have claimed dozens of national championships in multiple sports throughout the conference's history. Generally, the ACC's top athletes and teams in any particular sport in a given year are considered to be among the top collegiate competitors in the nation. The ACC is considered to be one of the six collegiate power conferences, all of which enjoy extensive media coverage and automatic qualifying for their football champion into the Bowl Championship Series (BCS). With the advent of the College Football Playoff in 2014, the ACC will be one of five conferences with a contractual tie-in to an "access bowl", the successors to the BCS. Founded in 1953 in Greensboro, North Carolina, by seven universities located in the South Atlantic States, the conference added additional members in late 1953, 1979, 1991, 2004, and 2013. The 2004 and 2013 additions extended the conference's footprint into the Northeast and Midwest. The most recent expansion in 2013 saw the additions of the University of Notre Dame, the University of Pittsburgh, and Syracuse University. In 2012, the University of Maryland's Board of Regents voted to withdraw from the ACC to join the Big Ten Conference. On November 28, 2012, the ACC's Council of Presidents voted unanimously to invite the University of Louisville as a full member, replacing Maryland. Connect with the ACCDigitalNetwork Online: Visit the ACC WEBSITE: http://theacc.com Follow the ACCDN on Twitter: https://twitter.com/theACCDN Follow the ACCDN on Instagram: http://instagram.com/theACCDN http://www.youtube.com/user/ACCDigitalNetwork2017-02-10T03:56:44.000Z

Ultimately, this one will come down to who controls the tempo.

Duke has no problem turning it into a track meet, but Virginia, which ranks 350th in the country in adjusted pace, would much rather slow the game down and win with its stifling defense.

In many cases, it’s the home that ends up dictating the style, which should give the edge to Virginia. Moreover, beating Duke often comes down to being able to contain Grayson Allen and Luke Kennard, and Virginia has a littany of terrific perimeter defenders in London Perrantes, Darius Thompson and Marial Shayok to make the Blue Devils very uncomfortable.

With their back approaching the wall after their recent stretch, Virginia gets the key win at home. 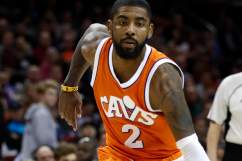