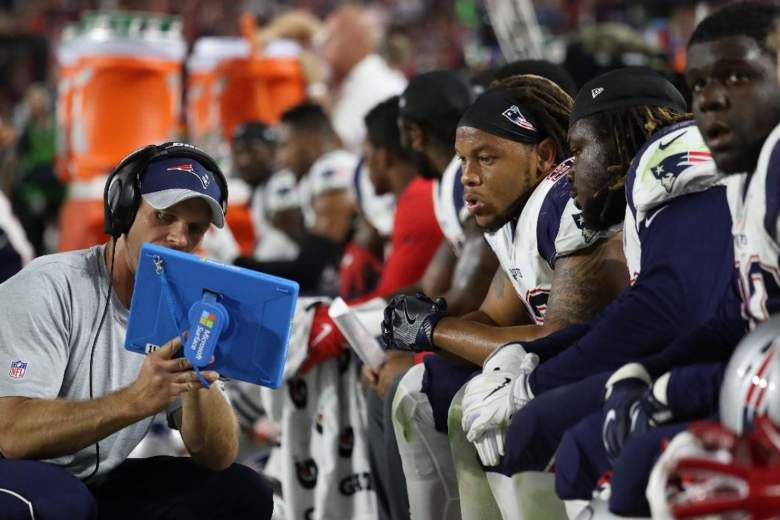 Microsoft Surface tablets are sure to get a lot of exposure today, thanks to the New England Patriots vs. Atlanta Falcons matchup in the Super Bowl.

If you’re watching the game wondering which tablet coaches are using, here’s your answer: that blue device in their hands is the Surface Pro 4. Microsoft back in 2013 inked a five-year partnership with the NFL to outfit coaches with Surface tablets to use on the sidelines. Before that, NFL coaches and players relied on black-and-white photos of plays to analyse their opponent’s defense and strategize their next moves.

Devices on the field allow access to just one app, called Sideline Viewing System, which shows photos of recent plays. Coaches and players can view images from each play on the waterproof tablets, and make annotations to the photos with the Surface Pen. Video playback on the sidelines is not allowed, though that may change in the future.

The tablets already have a storied history in the NFL. Read on for details:

Announcers Used to Call Them iPads

At the beginning of the 2014 season, several television announcers mistakenly referred to the devices as iPads. One announcer called the Surface as an “iPad-like tablet” while Chicago Bears quarterback Jay Cutler said they were “kockoff iPads,” Cult of Mac reported.

This obviously did not make Microsoft happy, especially considering the fact that the Redmond tech giant paid $400 million to get the devices in coaches’ hands. In response, Microsoft started coaching some announcers on how to better identify the devices, Business Insider reported, and those efforts have helped the company get the exposure it paid for.

But not everyone in the NFL has taken to the tablets. In 2014, cameras caught Falcons offensive line coach Mike Tice (who is now with the Oakland Raiders) reviewing photos of the game the “old school” way, as announcers were quick to point out: by looking at printouts in a 3-ring binder.

Meanwhile, there’s one person who you probably won’t see with a Surface Pro in their hand tonight: Bill Belichick. The New England Patriots head coach in December made the world well aware of his disdain for the device, going on a more than 5-minute rant, announcing “I’m done with the tablets.”

Belichick argued that the devices are “just too undependable” and vowed to stick with printouts instead. NESN reporter Zack Cox transcribed Belichick’s entire rant, which you can read below:

Here's Belichick's full answer as to why he hates the tablets. Lasted five minutes and 25 seconds. pic.twitter.com/wcSqebtQRu

“I’ll use paper pictures from here on, because I just have given it my best shot,” he said. “I’ve tried to work through the process. But it just doesn’t work for me, and that’s because there’s no consistency to it.”

“Every game is different – with some teams living by their Surface for critical plays at key moments – and others using them to blow off steam by banging their head on them,” Mehdi wrote. Before getting the Surface devices, he said, coaches and players had to wait for black and white images to be printed out and stuck into a three-ring binder.

“Now, these teams can respond nearly in real-time – using Surface devices to view dynamic, full-color images, up to seven times faster than the printed page,” he added. “Game analysis is more efficient, productive and competitive – enabling quicker decision making by coaches and players, in a game often decided by inches and seconds.” 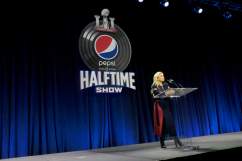 Read More
Sports, Tablets, Tech
The New England Patriots and Atlanta Falcons are using Microsoft's Surface Pro 4 on the sidelines during Super Bowl LI. The tablet already has a storied history in the NFL. Read on for details.