Football fans across the world have been waiting for the 2017 Super Bowl and tonight it kicks off on the FOX network at 6: 30 p.m. ET. Prior to kick-off, the pregame show will air and just before the game starts, there will be two performances. Cast members from the Broadway show “Hamilton” will perform “America The Beautiful” and Luke Bryan will sing the National Anthem.

Kriston Lee Pumphrey will be performing both the National Anthem and “America The Beautiful” in American Sign Language, according to SB Nation.

When Luke Bryan announced that he was going to sing the “Star Spangled Banner” at the Super Bowl, Bryan revealed the news on Twitter, stating:

Hey guys, it’s Luke Bryan here. And I’m so excited to announce I will be performing the national anthem at Super Bowl LI live from NRG Stadium in Houston, Texas, right here on Fox.

In preparation for the big singing gig, Bryan told Rolling Stone that:

Bryan also added that he hopes to “just really really do a great job singing the anthem and try to honor the country as best I can, and honor our veterans.” After his performance, Bryan hopes to chug a beer and start enjoying the big game. 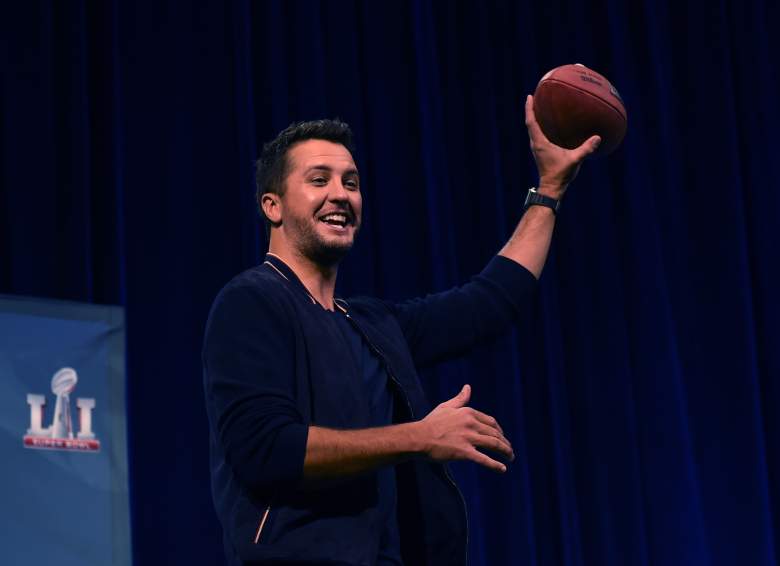 Luke Bryan has said that his father is one of the biggest Falcons fans there is, so it seems pretty clear who Bryan will be rooting for on the field. Jon Freeman of Rolling Stone reports Bryan saying:

Every year, a lot of people want to ask me, ‘Who are you pulling for?’ I would always dodge the question and try to stay pretty neutral because I would have fans in both markets. But I gotta step out there and say I’m pulling for my Falcons this year.

The run-of-show for today’s game day schedule on the FOX Network is:

The Super Bowl Halftime Show with Lady Gaga should begin half-way through the game, which is generally around 8 p.m. ET, but it purely depends on the goings-on of the game. Gaga’s performance is reported to last 12 minutes tonight.