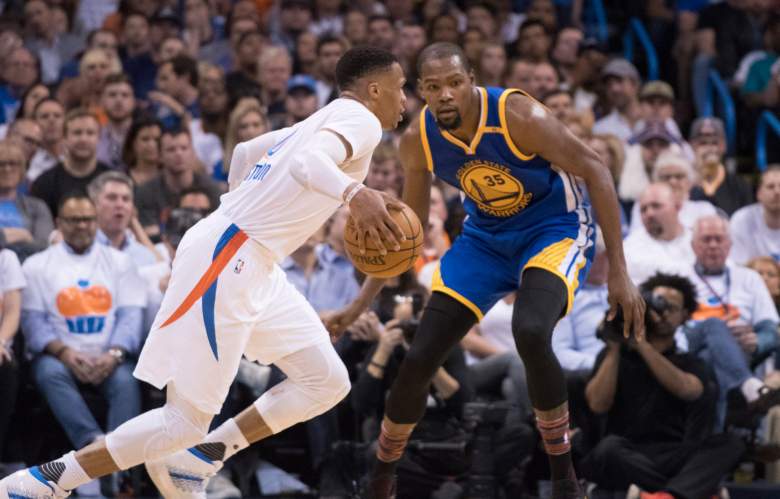 Kevin Durant and Russell Westbrook are reunited as teammates on the West squad for tonight’s NBA All-Star Game. Durant made the team as a starter while Westbrook was named a reserve. This means technically speaking the two players may not share the floor tonight.

Why is this a big deal? Durant and Westbrook were once teammates with the Oklahoma City Thunder. The two players seemed close in OKC but have not spoken since Durant decided to leave the Thunder for the Warriors this past summer.

One man controls whether they will be reunited on the hardwood during the All-Star game: Steve Kerr. The Warriors coach will be coaching the West team tonight and will have the interesting dilemma of whether to reunite the former teammates. Kerr may choose to not play the two together to avoid making it awkward for his own player.

Kerr has admitted he has thought about it but did not go public with what he will do. He spoke with ESPN Radio about the dilemma.

“I’ve definitely considered it. The only thing that you have to do as a coach in the All-Star Game is to parcel out the minutes. That’s it. You don’t draw up any plays. At least I don’t; I didn’t two years ago. So we’ve got to figure out the minutes, and I have thought about it, and I’m not going to share it with you here today,” Kerr told ESPN Radio.

Durant can be seen here avoiding Westbrook during All-Star practice:

Kevin Durant, Russell Westbrook continue to avoid one another. pic.twitter.com/bfeDwsRLRZ

For his part, Westbrook turned the conversation to fashion when asked about playing with Durant:

Westbrook straight up switched the subject to fashion after he was asked about this weekend being awkward ??pic.twitter.com/G766qQu6oC

While Durant and Westbrook avoid the issue Heavy turns the question to you. Tell us whether you think the two players will end up playing together tonight. 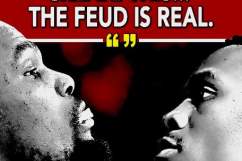