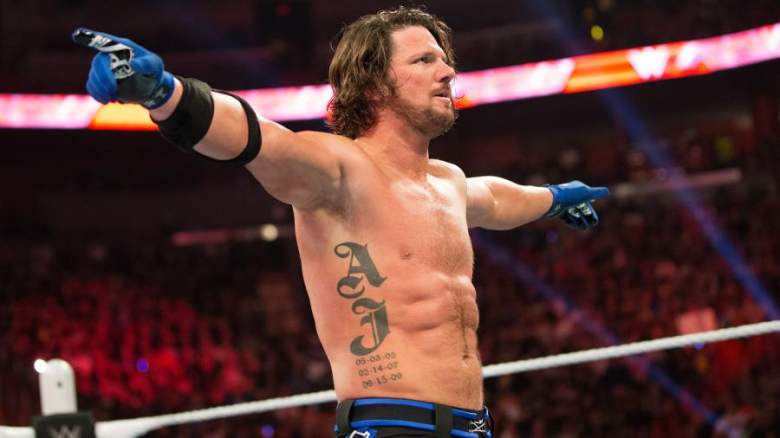 AJ Styles is a WWE superstar who wrestles on ‘SmackDown Live.’ (WWE.com)

AJ Styles will face off against Shane McMahon at WrestleMania 33 on Sunday.

This comes after a pretty extraordinary 14 months for the 39-year-old professional wrestler. In January 2016, AJ Styles signed with the WWE, going on to win the World Championship eight months later at Backlash.

In real life, Styles’ name is Allen Neal Jones, and he has four children with his wife, Wendy. Here’s what you need to know about AJ Styles’ kids.

Wow, 11 years ago I was blessed with my 1st kid. Happy birthday Ajay, love you buddy. pic.twitter.com/3DrVRDIvwJ

The birth of Ajay came 10 years after AJ Styles and his wife Wendy Jones were married. Styles has said that he understood what unexplainable love is the day that Ajay was born.

On this day 7 years ago I understood what unexplainable love is. Still can't explain it but understand it. Happy b-day Ajay Jones.

According to AJ Styles’ Twitter page, his son Ajay plays football. Styles posted video in November 2015 of his son playing, tagging Bleacher Report in the tweet and saying that he is a very proud dad.

Ajay had been playing football since he was five years old.

Ajay is playing football for the first time. He's on the 5 and 6 year old team. Youngest kid on the team, turned 5 in may.

In addition, Ajay also plays baseball and basketball. Styles over the years has frequently shared updates about Ajay’s sports games and expressing how proud he is of his son and his accomplishments.

Got this weekend off to watch my son play baseball. Now if only the weather would cooperate we can get this thing started.

While in a sporting goods store Ajay (my son) asked what a baseball cup was. I told him and his reply was, oh a wiener protecter.

I hate to brag but Ajay scored 20 points this morning playing in his basketball game. I'm so stinking proud of him. 20 points!

In a 2010 tweet, Styles said that Ajay is ten times the athlete that he is.

I think Ajay is ten times the athlete than I am. I'm not just saying that because I'm his dad. For all I know he got it from his mother.

Just a little game of couch catching at the Styles house. He dropped it?

For Christmas 2012, AJ Styles bought Avery Jones a Suzuki four-wheeler. Avery flipped it almost immediately but got back up and said he was fine; a photo of this was posted online at the time but is not currently available.

This is a pic of avery's four wheeler after flipping it already. He jumped up and was telling me " I'm fine dad" http://plixi.com/p/65550128

In 2011, Styles tweeted about having fun with Avery at a water park.

Went to the water park today and I convinced Avery that he would not die on the big slides. It was fun

AJ Styles’ youngest son is Albey Jones, who is seven years old and was born on September 15th, 2009.

Albey enjoying the river at campsite. Yes, he has a mohawk

In 2011, Styles tweeted about Albey getting mad during his first time in snow, as well as getting upset when he was forced to get a haircut.

Just took Albey for a haircut. I don't think he's my little buddy anymore. In other words, he was pretty freaking mad.

For Christmas 2016, AJ Styles got his sons a trampoline. He has since posted video of all of them playing on it.

As you can see, my boys were pretty surprised with their new @springfreetrampoline Merry Christmas!

4. His Daughter Anney Jones Was Born in October 2014

1 year ago I was blessed with something I thought I'd never have, a daughter, my Princess Anney. pic.twitter.com/axccuEbaVM

Finally, AJ Styles’ youngest child is Anney Jones, his daughter who was born in October 2014.

Styles said on Twitter in 2015 that he never thought he’d have a daughter.

In January 2017, Styles posted a photo of himself going out to eat with his daughter Anney, who just munched on peanuts. He has also posted a number of photos of himself cuddling with Anney.

Out to lunch with my daughter. She's a cheap date, nothing but peanuts for lunch!

A little vacation time with my girl.

A little vacation time with my girl.

Just waking up from a nap with this beautiful girl.

Well, I was on my way to workout and….

5. Styles Has Tattoos Dedicated to All Four of His Children 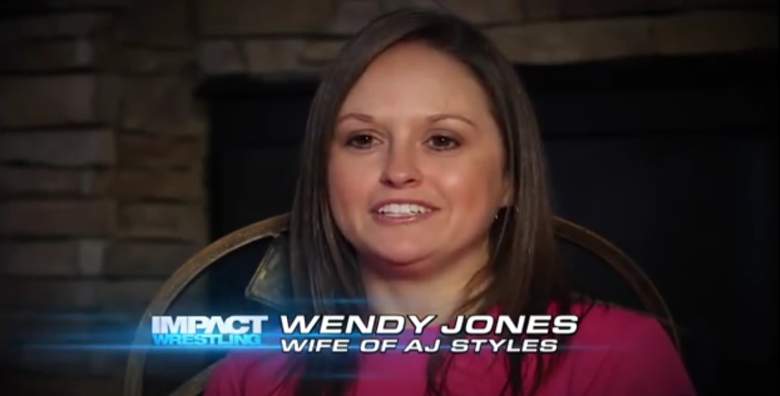 AJ Styles has four tattoos on his body in honor of his four children.

“I’ve always liked tattoos. I wanted it to mean something when I finally got one,” he told WWE.com. “At the grand old age of 32, I decided, ‘I want my kids’ initials and birthdays,’” he said.