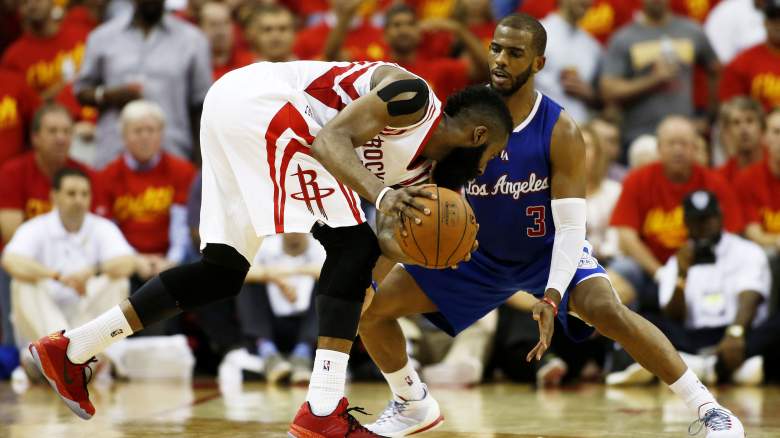 Both battling for playoff positioning in the West, the Los Angeles Clippers and Houston Rockets meet at Staples Center on Wednesday night.

Here’s a look at everything you need to know to watch, the odds and a prediction for the outcome:

When these teams met just before the new year, James Harden piled up 30 points, 13 rebounds, 10 assists, five steals and two blocks to lead the Rockets to a 140-116 blowout victory.

In other words, when Paul is playing, the Clips have a better net rating than the Warriors, and when he’s not, they basically become the Suns.

Ultimately, even the presence of Paul may not be enough to slow down Houston’s offense, which has gotten even more efficient (116.4 offensive rating) since adding Lou Williams to the mix, but Paul’s 17-assist, 0-turnover performance in just his second game back is a good indication that the Clippers should be able to keep up on the offensive end now that they have their floor general back in the mix.

This has shootout written all over it, and there’s a good chance it comes down to the last couple of possessions. Houston is 7-2 in three-point games, but the Clippers get the edge because they’re at home, where they are 16-5 with a healthy Paul in the lineup.