An Auburn University softball star accosted Florida’s coach Tim Walton following her team’s win on March 27. The Tigers had just defeated the University of Florida 1-0. As coach Walton was congratulating his rivals, senior Haley Fagan took the opportunity to ask why her sister’s had been cut from Walton’s team some years ago. The above video shows Fagan not shaking hands with any of her rivals and when she reaches Walton, he appears to shove on the shoulder. Fagan didn’t take it lightly and got in the coach’s face. She then had to be restrained by her teammates.

In a statement after the incident, coach Walton said, “I apologize to Haley. I just wanted to congratulate Auburn on the win – it was a good series. My intent was to give a high-five to each opposing player as we do after every game. Apparently, her hand wasn’t up as I said ‘good game’ and I touched her shoulder. I should have paid closer attention and did not intend to upset her. I regret that this has taken attention away from the effort and sportsmanship both teams displayed all weekend.”

1. There Were Rumors that Fagan’s Sisters Were Dismissed After Photos Circulated of Them in Native American Headdress at a Party

In a May 2012 blog on Aligator Army, it was speculated that participation in a party that involved the wearing of Native American headdress was the reason for Kasey and Sami Fagan’s dismissal from the team. Also dismissed with them was freshman Cheyenne Coyle.

Sami Fagan dismissed those rumors in a Facebook post saying, “The three of us have not been released from the team because of racism or bullying. There are a lot of rumors circulating that are false. Kasey and Cheyenne were both Michelle’s roommate. All three of us are good friends with her and will remain close to her. It is sad that people have created such false accusations.”

The dismissal came just hours before a NCAA game against Florida Gulf Coast University. Afterward, Coach Walton was coy about the reasons for the absence of the Fagans saying, “As you go through the end of the season you’ve got to address everything where you’re at, so as of right now they are off the team for the rest of the season.”

While the Fagan’s father, Kevin, told the Gainesville Sun that there had been “an altercation on the team. The team sort of divided and Walton felt like it was in his best interest to get rid of those three.”

That altercation led to the dismissal. Both Kasey and Sami left the University of Florida shortly after the incident. Sami Fagan went to Missouri while Kasey headed to Arkansas and is now a graduate assistant at Auburn. In 2017, Sami Fagan spent time playing in Japan. 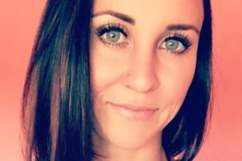 According to multiple posts on her Instagram page, Fagan is a relationship with Auburn receiverJohn Franklin III. Fagan is a native of Dunnellon, Florida and is enrolled in the College of Liberal Arts at Auburn.

In one photo taken at a pumpkin patch, Fagan jokingly wrote in the caption, “Glad he’s always up for trying new “white people things with me.”

Franklin, a native of Fort Lauderdale, is a junior at Auburn. He joined the school as a quarterback but has since switched to being a receiver.

3. Her Father Was One of the Strongest Men to Ever Play in the NFL Having Once Benched 560 Pounds

Her father, Kevin Fagan, formerly played for the San Francisco 49ers and won two Super Bowls. He’s also regarded as one of the strongest players in the history of the league. While at the University of Miami, Kevin Fagan reportedly bench pressed 560 pounds, according to the 49ers official website. He retired in 1993. After retirement, Kevin Fagan became a softball coach, coaching his daughter’s high school at Dunnellon. He later moved on to coach at the collegiate level with the College of Central Florida. In a 2015 interview with The Plainsman, Fagan said about her dad, “(My dad) wanted boys. He grew up with all boys. When he had three girls in a row, he didn’t know what to do, but he knew he wanted us to play sports. He basically taught himself the game (of softball) and got us all into it.”

4. Even on Family Vacations, All the Fagan Sisters Talk About Is Softball

A feature on the Fagan family detailed that while they’re on vacations, softball is the main topic of conversation. The piece, published in Auburn’s student newspaper, The Plainsman, quoted Sami Fagan as saying, “The most fun part about it is comparing all of our coaches’ strategies. We all play for pretty good coaches, so just to hear what they do differently and the same.” While, Haley Fagan added, “It’s all softball. Over the summer, we practice together, we work out together, we go to the pool together. When we’re home, we’re really close. They’re my best friends.”

On her official profile at Auburn’s website, it says that Fagan has three sisters in total and two brothers. In The Plainsman piece, Fagan concluded the interview saying, “I listen to (my sisters) more than anyone else because I know they have my back and they’re not going to try to hurt me. To have them be as good as they are and to know what they’re talking about is like having yourself on the other side watching and being able to coach you.”

Fagan played her freshman season at the University of South Alabama before switching to Auburn. She plays at shortstop. On her Twitter page, Fagan makes reference to Proverbs 4:23 which reads, “Above all else, guard your heart, for everything you do flows from it.”

During a profile piece, Fagan admitted that her favorite movie is the Lion King II. Unsurprisingly, her favorite sports team is the San Francisco 49ers while her favorite athlete is speed skater Apollo Anton Ohno. In that same interview, Fagan said that she wants to be an elementary teacher after graduating.