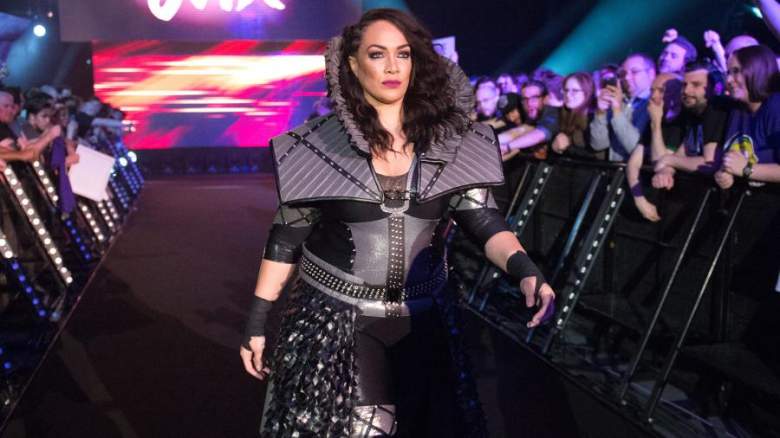 Nia Jax makes her way to the ring. (WWE.com)

One of the most surprising relationships in the WWE is that of Nia Jax, Dwayne Johnson, Roman Reigns, and The Usos. Although it’s never really brought up on screen, these five are actually all related. So what’s the relationship between the WWE superstars?

Nia Jax is a member of the Anoaʻi family, a family of professional wrestlers. Her cousin is Dwayne Johnson, as Ata Maivia-Johnson, Dwayne Johnson’s mother, is Nia Jax’s aunt.

In 2014, Nia Jax and Ata Maivia-Johnson were both in a car accident, having been hit by a drunk driver while on the way back from a charity event. At the time, Johnson posted a photo of the wreck on Instagram. You can see that photo below.

My mom & cousin @linafanene were struck head on by a drunk driver this week – they lived. First reaction is to find the person who did this and do unrelenting harm to them. But then you realize the most important thing is my family lived thru this and we can hug each other that much tighter these days. Hug your own family tighter today and be grateful you can tell them you love them. #BearHugsAndGratitude #100PercentPreventable #ChoicesMatter

“First reaction is to find the person who did this and do unrelenting harm to them,” Johnson wrote in the caption. “But then you realize the most important thing is my family lived thru this and we can hug each other that much tighter these days. Hug your own family tighter today and be grateful you can tell them you love them.”

The driver was later charged with driving under the influence.

It appears that The Rock and Nia Jax are rather close in real life. In 2016, Dwayne Johnson posted a video of himself working out with Nia Jax and saying how proud of her he is.

“This woman has the potential to be one of the most dominant female superstars the WWE has ever seen,” Johnson said.

Nia Jax said that Johnson taught her to always be the hardest worker in the room. Johnson wrote in the Instagram caption that he loves “spending hours with her chopping it up because she’s so coachable & enthusiastic to learn the wrestling business inside and out from me.”

She ain't like most girls. Me and my cuz @niajaxwwe (Lina) layin' down our post workout ?. Really proud of the hard work she's putting in 24/7 to become a real asset and draw for the WWE and their Women's Division which has some of the best female athletes on the planet. Luv spending hours with her chopping it up because she's so coachable & enthusiastic to learn the wrestling business inside and out from me. But what I'm most proud of about Lina's journey is she represents millions of young girls around the world who don't fit the "traditional mold" of what girls in the entertainment industry look like. She's an inspiring example that regardless of your look, height, weight, race, the most powerful thing you can always be is yourself. Because you're perfect. Just keep putting in that hard work and being humble and hungry. We're all rooting for ya. #IronParadise #NiaJax #FutureWWEWomensChamp #WhyBeLikeMostGirls #WhenYouCanBeYourself ??

In a Facebook post from 2015, Johnson also revealed some of the advice that he has given his cousin.

“I told her don’t worry about championship titles and don’t be concerned about becoming famous, just always remember that the most powerful thing you can be IN AND OUT of the wrestling ring, is yourself…” Johnson wrote. “All 5’11 272lbs of beautiful, Samoan, German, authentic, savage, humble, hungry dominant woman. Be real, be you and greatness will come. Y’all KNOW she then cracked a big ass smile too.”

Nia Jax told WWE.com that her cousin Dwayne Johnson inspired her to become a professional wrestler.

“I remember being ringside at WrestleMania 28, watching my cousin Dwayne (The Rock) face Cena, and thinking to myself, ‘I have to do this!’” she told the outlet.

She also said that she was concerned about pursuing a career with the WWE, but those concerns were alleviated after she spoke with The Rock and his mother Ata Maivia-Johnson.

Nia Jax is also a cousin of Roman Reigns and The Usos. 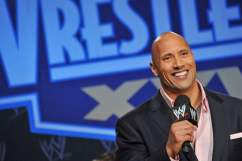 Will Dwayne “The Rock” Johnson Be at WrestleMania 33?