WWE superstar Roman Reigns will fight The Undertaker at WrestleMania 33, and he is expected to receive another major push after this match, with it all reportedly leading to a showdown between Reigns and Brock Lesnar at WrestleMania 34. If it wasn’t already abundantly clear, Roman Reigns is the man that Vince McMahon sees as the future of the WWE and as the next John Cena.

In real life, Roman Reigns’ name is Leati Joseph Anoaʻi, and he has said that his most important job is that of father. He and his wife Galina Becker have an eight-year-old daughter, Joelle Anoa’i, who Roman calls JoJo.

Here’s what you need to know about Roman Reigns’ daughter Joelle Anoa’i.

This was several years before Reigns ventured into wrestling. In 2008, he signed with the Canadian Football League’s Edmonton Eskimos and played for one season. He was released in November 2008, one month before his daughter’s birth.

Coincidentally, when Roman Reigns won the WWE World Heavyweight Championship in December 2015, it was on the night of his daughter’s birthday. He later took to Twitter to dedicate the win to Joelle.

Happy Birthday JoJo…This one is for you! Thank you, Philly. #CompleteTurnaround

2. She Appeared With Roman Reigns in a PSA

In 2014, Joelle Anoa’i appeared with her father in a public service announcement.

This was as a part of a series of commercials of fathers with their children that always concluded with the message, “Take time to be a dad today.” The ads were produced by the Department of Health and Human Services, and Titus O’Neil also appeared in one.

In the commercial, Reigns has a tea party with his daughter. The WWE later uploaded some behind-the-scenes footage on their YouTube channel, during which Roman Reigns talks about the importance of being a dad.

“As a man, to be a successful father, that’s everything for me,” Reigns said. “You’re having a bad day as an individual, wipe your schedule clean and have daddy-daughter time. That’s the type of stuff that helps me out and levels me out. If I just hear her little voice, I’m good to go.”

Rowena Patrick, the vice president of the Advertising Council, also said in that behind-the-scenes video that Joelle Anoa’i was “very serious about her tea party.”

Patrick explained, “When we asked her what sort of tea she was serving, you know, is it sweet tea, is it iced tea? She was like, ‘No, it’s hot tea.'”

3. A Photo of Her Was Once Used as Part of a WWE Promo, and Roman Was Not Happy 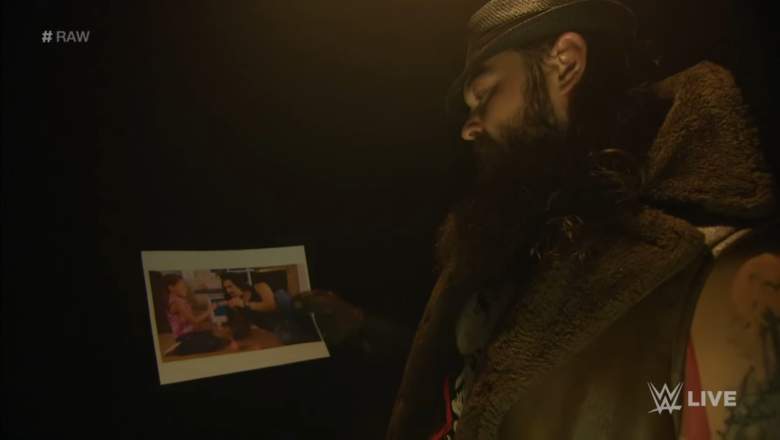 In 2015, when Bray Wyatt was feuding with Roman Reigns, Wyatt actually used photos of Joelle Anoa’i as part of his promo.

On the June 15th, 2015 episode of Monday Night Raw, which aired a few days before Father’s Day, Bray Wyatt held up a photo of Roman Reigns with his daughter, with Wyatt singing “I’m a Little Teapot” to mock Reigns’ fatherhood PSA.

Roman Reigns later revealed that he wasn’t too happy about his daughter being brought into a WWE feud.

“It was rough,” Reigns said in an interview on Sam Roberts’ Wrestling Podcast. “It was tough. There was a reason why we did it the way that we did it. I wasn’t crazy about it.”

He went on to say, however, that he was somewhat okay with Wyatt using the photo because it was just a picture of a commercial that aired on television; Reigns may have felt differently if Wyatt had held up a private photo of Roman and his daughter at home.

However, the idea of Wyatt threatening Roman’s daughter was quickly dropped after this Monday Night Raw segment.

4. Her Mother is Galina Becker, Who Reigns Married in 2014

Becker met Roman Reigns at the Georgia Institute of Technology. At the time, Reigns was playing football for the school. Becker herself was also into athletics, as she was on Georgia Tech’s track and field team.

In an interview on Unfiltered With Renee Young, Reigns said that, as is the case with any relationship, things were easier between him and Galina when they first began dating at Georgia Tech.

“When we first met we were just having fun,” Reigns said. “And we were kind of like glued to each other and just not having a care in the world or [worrying] about anyone but us, but I’m a grownup now.”

The wedding between Galina Becker and Roman Reigns took place in 2014, six years after the birth of Joelle Anoa’i. This mean that JoJo got to participate in the ceremony, which was held on Disney’s Castaway Cay, a private island owned by Walt Disney. To fit with the Disney theme, the wedding song was “A Whole New World” from Aladdin, Reigns revealed on Unfiltered With Renee Young. 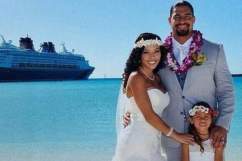 5. Roman Says He Wants to Have More Children

Roman Reigns and Galina Becker only have one child, but Roman says that he hopes to have more in the future.

He revealed this in an interview on Unfiltered With Renee Young.

“I would love to, yeah,” Roman Reigns said. “My mom said it a long time ago, ‘Babies are blessings.'”

He went on to say that after he retires from wrestling, he wants to completely devote himself to being a father.

“When I’m done wrestling, I’m trying to at-home dad,” Reigns said. “Run the routine, drop them off, go work out, eat, have a nice lunch, pick them up…I think because of how drastic our life is of just road heavy, I would definitely be open to the opportunity of just home heavy.”