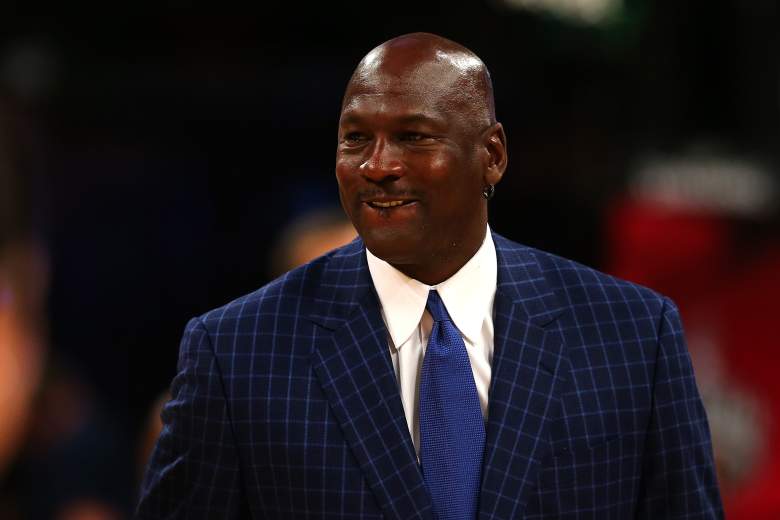 Michael Jordan is worth $1.3 billion. (Getty)

Michael Jordan has a knack for success. After finishing what many consider to be the greatest basketball career of all-time, Jordan put all his efforts into his various business endeavors that he had begun during his playing career. The success on the basketball court carried over to the board room.

According to Forbes, he is the highest-paid athlete of all-time with his $1.31 billion net worth. Jordan’s playing career is long gone, but he continues to stay in front of sports fans minds thanks to his signature Nike shoes as well as his ownership of the Charlotte Hornets.

Whether it is the viral “Crying Jordan” memes or his “ceiling is the roof” quote, the internet has had fun at Jordan’s expense, but it is Jordan who is having the last laugh with $1.31 billion.

Here is what you need to know about Jordan’s wealth.

Michael Jordan, Billionaire. | ForbesThe NBA legend and Charlotte Hornets owner is arguably the greatest to ever play the game. Now, he's one of the wealthiest men in the world. Subscribe to FORBES: https://www.youtube.com/user/Forbes?sub_confirmation=1 Stay Connected Forbes on Facebook: http://fb.com/forbes Forbes Video on Twitter: http://www.twitter.com/forbesvideo Forbes Video on Instagram: http://instagram.com/forbesvideo More From Forbes: http://forbes.com Forbes covers the intersection of entrepreneurship, wealth, technology, business and lifestyle with a focus on people and success.2014-06-12T21:27:08.000Z

There are plenty of millionaires in sports but not many billionaires. Jordan has made the successful transition from iconic athlete to an astute business man. According to Forbes, Jordan is worth $1.31 billion and it was his purchase of the Charlotte Hornets that allowed him to reach billionaire status in 2014. The franchise’s value has skyrocketed since he was able to buy low. NBA franchise’s value received help when the Los Angeles Clippers were sold.

He is not just rich by athletes standards. According to Forbes, Jordan ranks as one of the top 500 billionaires in the United States. Between his deal with Nike and ownership of the Hornets, Jordan is only going to continue moving up the list.

2. He Makes $100 Million a Year From His Nike Endorsement Deal

Inside Michael Jordan's Last-Minute Nike Decision That Launched Air JordanEveryone knows about Michael Jordan and Nike, yet few know about the process that led to the perfect marriage between star and brand. Find more exclusive sports coverage: http://bleacherreport.com/ Subscribe: https://www.youtube.com/user/BleacherReport?sub_confirmation=1 Follow us on Twitter: http://www.twitter.com/bleacherreport Like us on Facebook: http://www.facebook.com/bleacherreport2016-02-19T15:54:52.000Z

Nike chose wisely in the 1980’s when they decided to make Jordan the face of the company. It was a decision that continues to pay dividends for both Nike and Jordan. According to Forbes, Jordan makes $100 million a year from his deal from Nike.

A big part of the revenue comes from the success of the Jordan Brand. While it may be called the Jordan Brand, it is Nike that officially owns the company but Jordan does quite well from the partnership. Nike has a goal of doubling the brand’s yearly revenue to $4.5 billion by 2020.

The success of Jordan’s signature shoes changed the trajectory of Nike but also laid the foundation for what we see today with athletes. Jordan may not have had the first shoe endorsement, but it had the most impact of any in the history of the industry. Everything from the Jordan logo to his classic commercials helped make the Nike name synonymous with Jordan which ultimately helped both parties.

3. Jordan Makes More Money in a Year From Nike Than He Earned His Entire NBA Career

It may be his basketball career that helped make him famous, but it is Jordan’s endorsement deals where he makes his money. According to Sports Illustrated, Jordan made $94 million during his NBA career meaning he makes more money from Nike in one year than he did his entire pro basketball career.

Jordan no doubt wishes he played in today’s era with the NBA business continuing to grow thanks in large part to television deals. The NBA salary cap saw an astronomical rise in 2016. Just one example of the kind of contracts that are being handed out, the Memphis Grizzlies signed Mike Conley to a five-year, $152 million contract. This one contract is $58 million more than Jordan made his entire career.

Jordan’s accumulation of wealth has been thanks to his different business ventures. According to Forbes, Jordan still has endorsement deals with a number of companies including Upper Deck, Gatorade, 2K Sports and Five Star Fragrances. 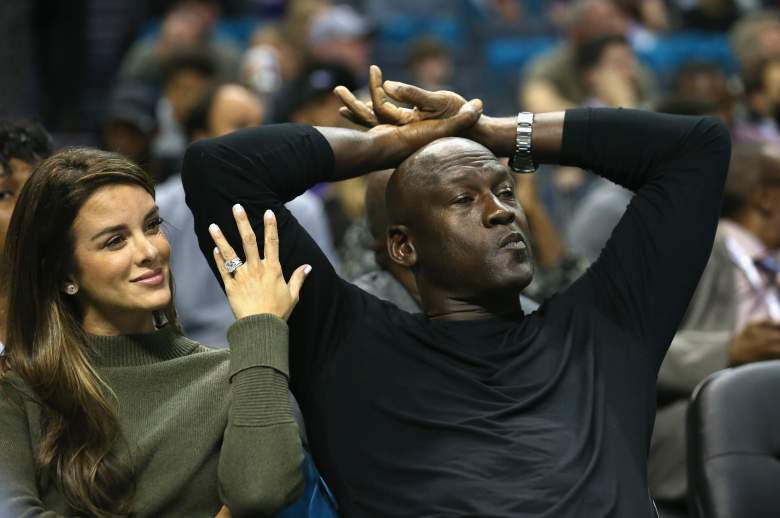 Jordan’s wife, Yvette Prieto, has been a successful business woman in her own right. According to The Richest, Prieto is worth an estimated $1.5 million. This may not compare to the fortune Jordan has made, but it is a high number compared to most people. Prieto made most of her money modeling for such designers as Alexander Wang.

The Daily Mail reported the two signed a prenuptial agreement before they got married to protect Jordan’s assets if they got a divorce. He paid $168 million in a divorce settlement with his first wife, Juanita Jordan. According to The Richest, the settlement helped boost her net worth to $170 million.

Jordan and Priesto had twin daughters, Victoria and Ysabel, in 2014. Jordan had two sons, Jeffrey and Marcus, as well as a daughter, Jasmine, with Juanita.

5. Jordan’s Ownership of the Charlotte Hornets Helped Make Him a Billionaire

Michael Jordan is Officially a BillionaireMichael Jordan and two other NBA owners have joined Forbes' annual list of the world's billionaires. Forbes released its list of billionaires on Monday and noted that Jordan's net worth is estimated at $1 billion, thanks to his well-timed investment in the Charlotte Hornets. Houston Rockets owner Leslie Alexander, with a net worth of $1.6 billion, and the Chicago Bulls owner Jerry Reinsdorf, worth $1.3 billion, also made the list. The net worth of NBA franchise values increased this past year after the sale of the Los Angeles Clippers to Steve Ballmer for $2 billion. According to the magazine, the 52-year-old Jordan, a Hall of Fame player who won six NBA championships with the Bulls, reached billionaire status last June. This is his first year on Forbes' annual list which typically is released in March.2015-03-02T18:28:08.000Z

A big part of Jordan’s rise from millionaire to billionaire has been his ownership stake of the Hornets. According to Forbes, the franchise is worth $780 million. According to Sports Illustrated, Jordan became the controlling owner of the team in 2010 when he bought out Robert Johnson for $175 million. He increased his stake in 2014 once again to own nearly 90 percent of the team.

The president of the sports consultancy firm, Sportscorp, spoke with Forbes about the shrewd business move. “Jordan used his name more than his money to acquire his hometown basketball team and has now been part of the greatest rise in franchise values in NBA history,” Mark Ganis told Forbes.

The team made $158 million in revenue last year.

Read More
Basketball, Michael Jordan, NBA
The ceiling is the roof is one way to describe Michael Jordan's money. Learn more about everything from his endorsement deal with Nike to his Hornets ownership.