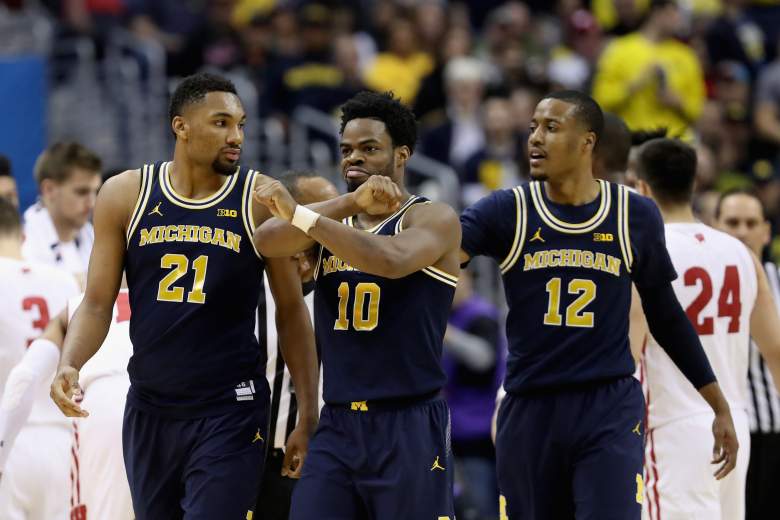 Derrick Walton Jr. of the Michigan Wolverines celebrates with teammates Zak Irvin (21) and Muhammad-Ali Abdur-Rahkman (12) during a game. (Getty)

The Michigan Wolverines have had a heck of a week. Just days ago, the team was involved in a scary situation when their team plane skidded off the runway.

The Wolverines arrived to the Big Ten tournament with only their practice jerseys, but that didn’t matter. Michigan cruised its way through the tournament en route to a Big 10 Tournament championship and a No. 7 seed in the 2017 NCAA Tournament.

Michigan will play No. 10-seeded Oklahoma State team that has the nation’s most efficient offense. The Cowboys have done it with a fast-paced game on offense.

The two teams are the first game of the day March 17, and the action tips-off at 12:15 p.m. EST at Bankers Life Fieldhouse in Indianapolis, Indiana.

The game will be televised on CBS, and there are a number of different ways to watch it.