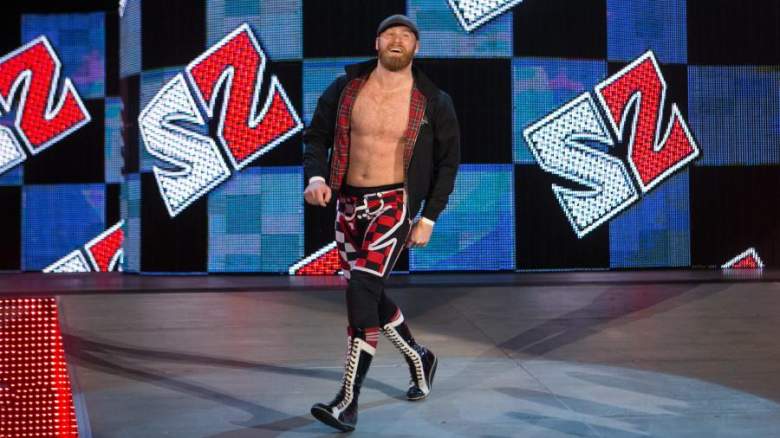 Sami Zayn has been wrestling with WWE since 2013. (WWE.com)

At the Fastlane pay-per-view tonight, WWE superstar Sami Zayn will be going head to head with Samoa Joe.

32-year-old Rami Sebei has been wrestling professionally for 15 years, performing with a variety of promotions including Ring of Honor before eventually signing with World Wrestling Entertainment in 2013.

Here’s what you need to know about Rami Sebei, a.k.a. Sami Zayn.

1. He Was Born in Canada & Is of Syrian Descent 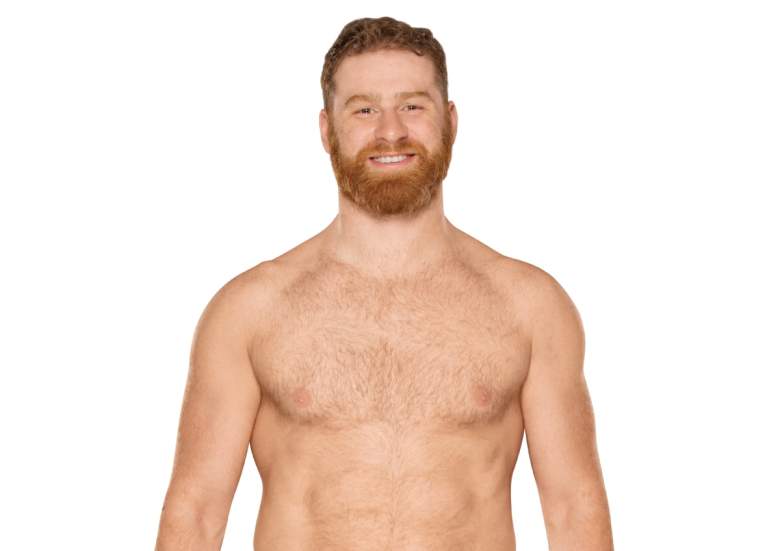 Sami Zayn’s real name is Rami Sebei and he is 32 years old. (WWE.com)

Sami Zayn was born on July 12, 1984 in Montréal, Québec. He is of Syrian descent, speaks fluent Arabic, and is Muslim. He says that when he signed with the WWE, he felt he had an opportunity to change the American public’s perception of Muslims.

“It’s definitely a sensitive topic to discuss, but I have felt since I signed with the WWE I was in a unique position to reestablish how Arabs were perceived in the WWE and western media,” he told ESPN. “Ever since I was a kid and growing up and watching things like the ‘Naked Gun’ movies, there was always this stereotype about how Arabs were perceived and portrayed. I’ve never watched those Arab villains in the movie and felt like that was me. They were nothing like me, and now I get to just be me — and hopefully being me strikes a chord with a lot of young Arabs and non-Arabs, honestly. We’re really not all that different.”

He also said in an interview with Sport 360 that the WWE has never really had a positive Arab character.

“Certainly in the WWE there has never been a positive Arab image so if I can contribute to that then I feel great about that,” he said. “Not just for myself but the whole Arab market.”

Some WWE viewers were concerned about whether President Donald Trump’s recent executive order suspending immigration from seven Muslim-majority countries would affect Zayn, as he is Syrian and Syria was on the list of countries in the order. Zayn was not affected because he was born in Canada; he has permanent resident status in the United States but is not a U.S. citizen.

2. He Has Spoken Out Against Donald Trump’s Travel Ban 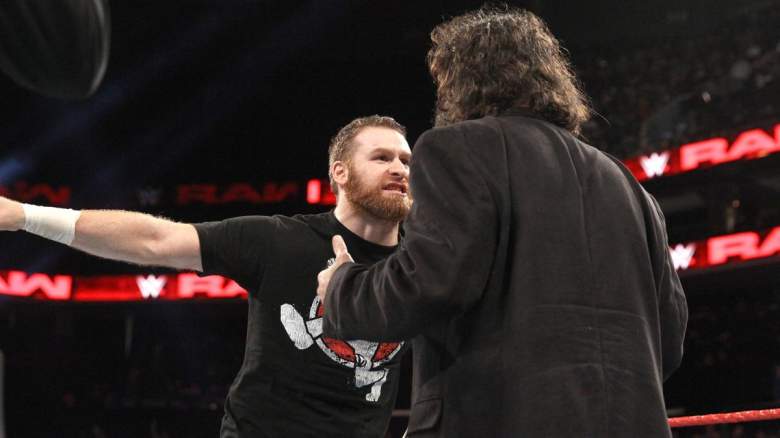 Most WWE superstars have said absolutely nothing about President Donald Trump. They’re in an awkward situation, after all, considering their boss’ wife, Linda McMahon, is serving in the Trump administration.

But Zayn has been quite vocal in his opposition to some of Donald Trump’s policies that affect Muslims. On January 28th, he tweeted that he was “disgusted” by the travel ban.

I can't articulate how truly disgusted I am right now. #MuslimBan

The day after Donald Trump’s victory in November, Zayn compared the situation to Nazi Germany, a comparison he had made on Twitter the previous year as well.

Horrible nightmare last night. It was so weird, I was in Germany but the U.S. was Germany now? But from like, 80 years ago? So weird? Scary.

Zayn has also hit back against some on Twitter who have attacked his religion.

If you're going to be an idiot, and a bigot, AND possibly misspell your own name, don't be a coward to boot by deleting your tweet @soccrdad pic.twitter.com/0iof1RI83H

3. He Started Wrestling As ‘El Generico’

When Sami Zayn got his start in professional wrestling back in 2002, he performed as El Generico, also known as “The Generic Luchador.”

With this character, Sami Zayn wore a red mask that looks suspiciously like the letters ‘S’ and ‘Z’ joined together. Zayn performed as El Generico at International Wrestling Syndicate, Pro Wrestling Guerrilla, Chikara, Ring of Honor, Dragon Gate, and several other promotions.

When he came to WWE, he started wrestling without the mask and under his real name, but after a few weeks made his debut as Sami Zayn.

Sami Zayn officially signed with the WWE in January 2013, making his in-ring NXT debut in March.

Zayn spent two years at NXT before making a brief appearance on the main roster in May 2015, fighting John Cena on Monday Night Raw. The next year, Zayn showed up at Royal Rumble 2016 as the 20th entrant, coming out and eliminating Kevin Owens before being eliminated by Braun Strowman.

A few weeks later, Zayn showed up on Monday Night Raw to attack Kevin Owens, and he ended up being added to the WrestleMania 32 ladder match, performing alongside Kevin Owens, Dolph Ziggler, The Miz, Stardust, Sin Cara and Zack Ryder.

Zayn is close with Kevin Owens, who is also from Quebec and with whom Zayn performed at Pro Wrestling Guerrilla and Ring of Honor. Owens said in a 2016 interview with Sky Sports that he believes he and Zayn will become two pillars of the WWE.

“Now that Sami and I are in WWE, I think we are going to be here for a long time and do great things,” Owens said. “I am not saying we will be remembered as incredibly as Shawn Michaels, who is the best wrestler of all time, but when we walk away from WWE I think people will remember us as pillars for what we have done.”

Sami Zayn has one of the most memorable theme songs in the WWE today: “Worlds Apart” by CFO$. This is the theme song he has had since May 2014.

During his time on the independent circuit, Zayn used a different theme: “¡Olé!” by The Bouncing Souls. When he first joined NXT, he used “3 Minute Record” by The Berettas for a brief period of time, before moving to “Lower the Boom” by Fifth Floor for a bit and then settling on the current song.

Zayn’s current theme is so catchy that it has become quite common for fans to sing along to it during Zayn’s entrance.

Read More
Pro Wrestling, WWE, WWE Raw
At the WWE Fastlane pay-per-view this Sunday, Sami Zayn will be going head to head with Samoa Joe. Here's what you need to know about Rami Sebei.