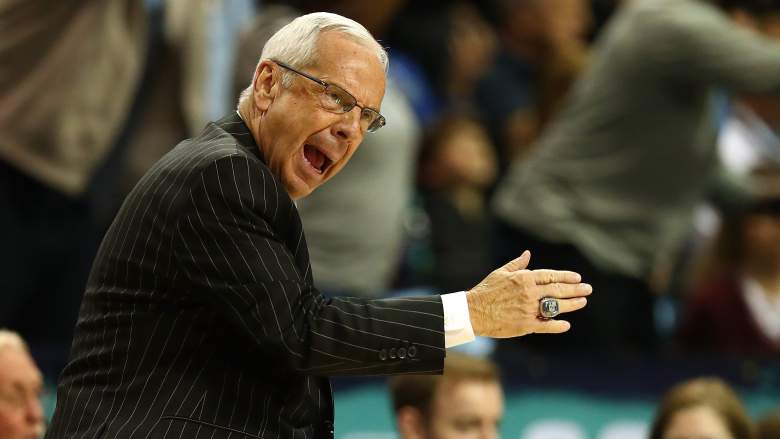 The most storied rivalry in college basketball will get a rubber match.

After North Carolina made relatively easy work of Miami in the first 2017 ACC tournament quarterfinal on Thursday afternoon, Duke followed suit with a dramatic comeback win over Louisville, setting up a dream semifinal matchup between the heated rivals.

Here’s a look at everything you need to know to watch the always anticipated matchup:

What’s at Stake: Winner plays in the ACC championship on Saturday at 9 p.m. ET; You can click here for the full tournament bracket

The Tar Heels avenged their worst loss of the regular season with a 78-53 beatdown of Miami on Thursday afternoon. While North Carolina was its usually efficient offensive self (52.8 percent from the field, 41.2 percent from three-point range, 21 assists on 28 made field goals), the defense once again shined.

Miami was limited to just 0.815 points per possession, the fourth time in the last six games the Heels have held their opponent to under 1.00.

Of course, one of the exceptions during that stretch came against Duke, who ranks 10th nationally in offensive efficiency and has more offensive firepower than most teams. Luke Kennard, an All-ACC First-Team selection, is an electric scorer. Jayson Tatum is a projected Top-5 pick, largely due to his polish on the offensive end. Grayson Allen, after being hampered for several games by an ankle injury, looked healthy Thursday afternoon with 18 points off the bench. Frank Jackson has made huge strides over the last couple weeks.

In the first matchup of the season, Allen knocked down seven threes, leading the Blue Devils to an 86-78 victory at Cameron:

North Carolina got revenge in Chapel Hill a week ago, as Joel Berry poured in 28 points and the Heels held Duke to just 44.4 percent shooting:

Duke vs. North Carolina Men's Basketball Highlights (2016-17)Duke vs. North Carolina: The No. 5 Tar Heels defended their home court as they pulled away late in another chapter of their storied rivalry against the Blue Devils, 90-83. Joel Berry II tied for the game's high scorer with 28 points, going 5-5 from 3-point territory. Luke Kennard would also score 28 points to…2017-03-05T05:19:11.000Z

As we’ve seen twice this season–and countless times in previous years–it doesn’t get much better than Duke vs. Carolina on the hardwood. Add in a spot in the ACC championship on the line, and the storied rivalry is about to get even better.