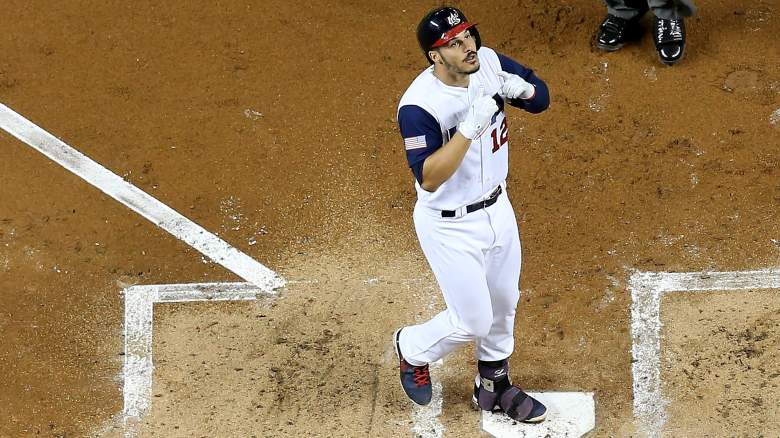 The 2017 World Baseball Classic shifts West for Pool F play on Wednesday night, as the United States takes on Venezuela at Petco Park in San Diego.

In what has been an thoroughly entertaining and passion-filled tournament, this has a good chance at being one of the best games thus far.

In addition to United States and Venezuela supporters, fans of the Seattle Mariners may want to tune in to this one. While M’s long-time ace Felix Hernandez is expected to draw his second start for Venezuela, offseason addition Drew Smyly will hit the bump for the Red, White and Blue.

Drew Smyly starts for @USABaseball tomorrow against Venezuela. Today, a beautiful morning to work out in San Diego: pic.twitter.com/Azb3tdkA2W

“That will be interesting,” said Mariners manager Scott Servais. “We will be watching.”

King Felix will be hoping this start goes a little better than his first 2017 WBC appearance. Going up against Puerto Rico, Hernandez was handed the loss after giving up one earned run, two hits and two walks in 2.2 innings.

Smyly, meanwhile, has looked sharp–albeit in limited action–during Spring Training, going 5.0 shutout innings with five strikeouts and just one hit allowed. Of course, the World Baseball Classic is an entirely different beast with much different stakes, and the 27-year-old will have to be on top of his game against a potent Venezuela lineup that includes the likes of Miguel Cabrera, Jose Altuve, Carlos Gonzalez, Victor Martinez, Rougned Odor and Martin Prado.

Read More
Baseball
The United States takes on Venezuela in the second round of the 2017 World Baseball Classic. Find out when and where to watch.