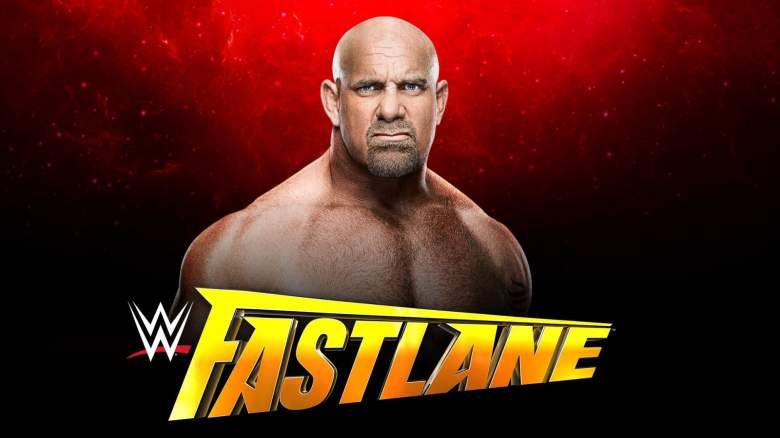 Goldberg will fight Kevin Owens for the WWE Universal Championship at Fastlane. (WWE.com)

The latest WWE pay-per-view, Fastlane, will air on Sunday, March 5th, and it comes as part of a series that the company started three years ago.

Starting in 1996, World Wrestling Entertainment has always had one pay-per-view take place between Royal Rumble and WrestleMania, with those two being their biggest events of the year. From 2000 through 2009, that event was No Way Out. Starting in 2010, the event between Royal Rumble and WrestleMania became Elimination Chamber.

The event is called Fastlane as a reference to the “Road to WrestleMania,” the name for the weeks leading up to WrestleMania from January to April where all of the company’s content is gearing up for that one major climax. Adding onto the road theme, in 2016, there was another event in between Fastlane and WrestleMania called Roadblock, although this was not technically a full pay-per-view. Later in 2016, there was another Roadblock event, this one called Roadblock: End of the Line.

At Fastlane 2017, it is widely expected that Goldberg will defeat Kevin Owens to become the WWE Universal Champion. We already know that Goldberg is to face Brock Lesnar at WrestleMania 33, but if he wins at Fastlane, that just means that this WrestleMania match will now have the Universal Championship at stake. Owens would then be freed up to have a match against Chris Jericho, who he recently betrayed on Monday Night Raw.

It should also be interesting to see at Fastlane whether Charlotte continues her pay-per-view winning streak by defeating Bayley and regaining her Raw Women’s Championship. The match between Roman Reigns and Braun Strowman should be one to watch as well, especially because it’s still not quite clear what these two will be doing at WrestleMania 33.

Fastlane will air on Sunday, March 5th on the WWE Network.

Read More
Pro Wrestling, WWE, WWE Raw
The latest WWE pay-per-view, Fastlane, will air on Sunday, March 5th, and it comes as part of a series that the company started three years ago.