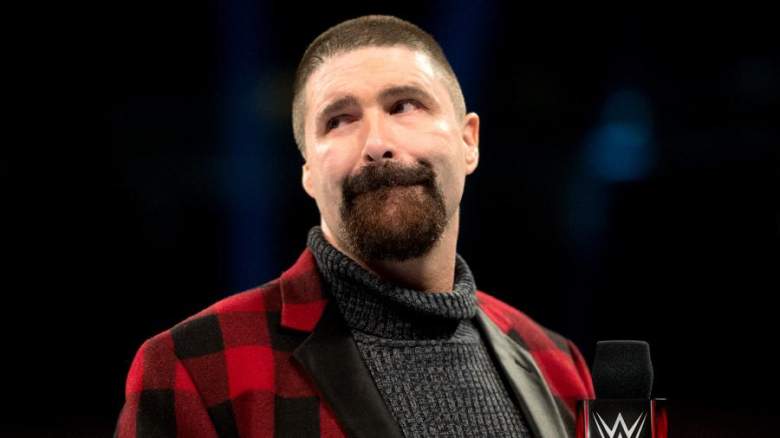 WWE superstars constantly put their physical health and safety on the line while performing in the ring, and that’s especially true of Mick Foley, who during a match in 1994 lost a part of his ear.

It all went down on March 16th, 1994 during a World Championship Wrestling tour in Munich, Germany. Foley has been in a number of brutal matches over the course of his career, but this wasn’t one of them; rather, this was a pretty tame, ordinary match. Foley faced off against Vader, and he decided to perform a move referred to as a hangman, in which a wrestler catches his head between the second and third ropes and hangs by his neck.

At the time, WCW did not use ring ropes, though; instead, they used elevator cables covered in a rubber casing. And earlier in that night, a wrestler had complained that the ropes were too loose, and so they had just been tightened before Foley’s match.

When Foley performed the hangman move, he suddenly realized he was too tightly squeezed in between the ropes, and he felt as if he was about to pass out; he was forced to do all he could to pry himself free of the rope, and the resulting effort just about tore his ear off.

“I knew enough about the human anatomy to know that if the pressure continued on my carotid arteries, which run alongside the neck, I would soon pass out, and then, without exaggeration, could suffer brain damage and even death,” Foley later recalled, according to Pro Wrestling Stories. “With that grisly knowledge in mind, I made one last effort to get myself free and wrenched my head from between the ropes. I later likened it to a fox that chews off its paw to escape a trap.”

But even though he had been seriously injured, Foley decided to continue the match. Moments later, while Foley was fighting with Vader, his ear actually fell off in the ring, and it was picked up by the referee and brought backstage.

After the match, Foley was taken to the hospital, and it quickly became clear that it was not possible to reattach the ear. However, doctors were able to put a man-made ear in its place.

This was just one of many instances of Mick Foley being horribly injured during his time as a professional wrestler. He also fell 16 feet off a Hell in a Cell cage, took a pedigree onto a pile of thumbtacks, was burnt with a branding iron, fell through a table that had been set on fire, was thrown into barbed wire, and much, much more.

The match where Foley loses his ear can be watched below. The incident takes place roughly 12 minutes into the video.