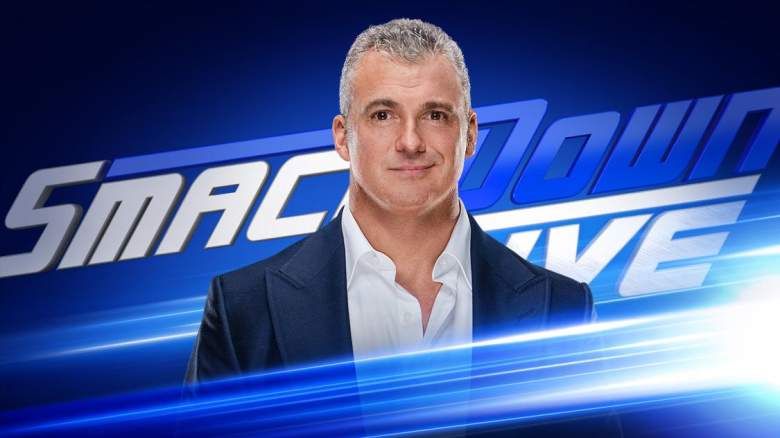 9:59 – At the very end of the show, Shane McMahon enters and declares that he will fight AJ Styles at WrestleMania.

9:46 – In an interview backstage, Baron Corbin declares his intention to put Dean Ambrose down for good.

9:32 – Randy Orton says that he did what he did because he wanted to hit Bray Wyatt where it hurt the most. He devised a plan to get close to Bray, become a member of his family, and then destroy him. Now, at WrestleMania, he will take everything from Bray Wyatt, Randy Orton says.

Bray Wyatt shows up on the TitanTron. He says that he now has to purge all of the infidels in this life, starting with Randy Orton.

9:13 – A furious Daniel Bryan confronts AJ Styles, kicking him out of the building and telling him that he is fired from SmackDown Live.

9:12 – After a break, doctors examine Shane McMahon, who is covered in blood.

9:05 – Backstage, AJ Styles attacks Shane McMahon, ambushing him as his car pulls up to the arena.

8:43 – The Miz hosts a segment of Miz TV in which he calls John Cena and Nikki Bella fake and goes on an extended rant against them. Maryse joins in, saying that she has personally heard Nikki Bella bragging that she’s untouchable because she’s dating John Cena.

8:17 – Becky Lynch defeats Natalya. After the match, Lynch is attacked by Carmella. Carmella subsequently says in a backstage interview that she attacked Lynch to declare her intention to become the next SmackDown Women’s Champion. This is presumably confirmation that Carmella will be in the Women’s Championship match at WrestleMania.

8:04 – AJ Styles enters. He says he’s sick and tired of being messed with by the SmackDown Live management, and he complains that he doesn’t have a match at WrestleMania while Bray Wyatt does. He also says that he has had to jump through so many hoops to be in WrestleMania, only to wind up not being on the card at all. He concludes by saying he’s going to have a talk with Shane McMahon about this.

8:00 – AJ Styles barges into Daniel Bryan’s office and demands to speak to Shane McMahon. Bryan says that Shane isn’t here yet, but he will be soon. A frustrated AJ Styles says he’s going to go out and voice his anger right now.