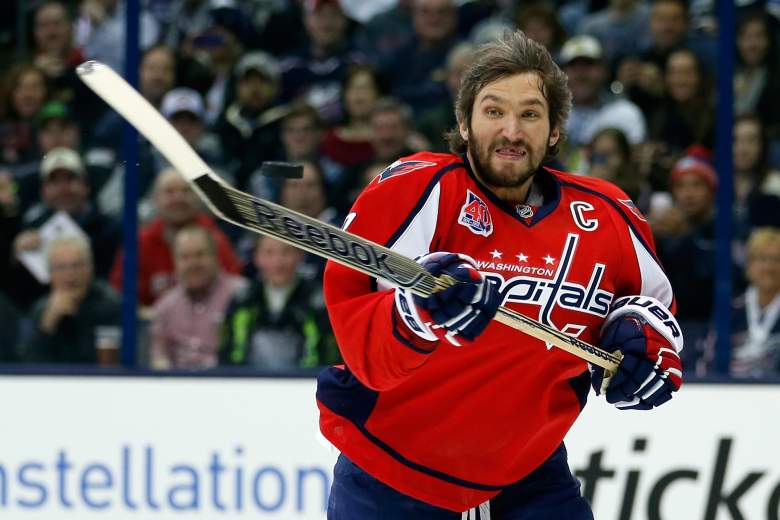 Alex Ovechkin is one of the top offensive players in the NHL and led the league in goals four straight years. The Washington Capitals captain is now entering his ninth playoff run with the team with sights on winning his first Stanley Cup.

Ovechkin, who was drafted as the No. 1 overall pick in 2004, is one of the highest-paid hockey players in the league. Here’s more information on his contract, salary and net worth. 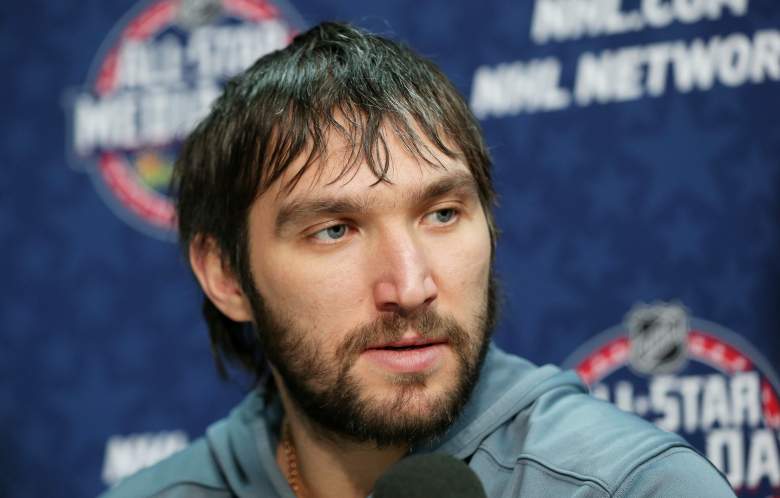 As a rookie, Ovechkin signed a three-year contract with the Caps and began earning an impressive amount for a beginner in the NHL: $3.85 million per year.

Three years later, Ovechkin signed a historic 13-year contract worth $124 million in January 2008. Although it didn’t break the record for the largest average salary, it marked the first NHL contract in which the total value was more than $100 million.

“I’m happy I stay here,” Ovechkin said at the time of his contract extension. “It’s my second home. I like the fans. I like the team. I like everything here.”

Although he’s seen a decrease in goal production, his ice time has also been decreased. The 31-year-old’s playing time has been cut by about two minutes per game this season “to enable him to feel fresher in the playoffs,” according to the Washington Post.

“Now, you could see his game sort of ramping up. He has a big effect on games. When he plays with that fierce edge where he’s coming after you and he’s in sort of that hunter mode,” Coach Barry Trotz told the paper. “He’s hunting you down and he’s got that look and he can affect games in a big way. I think he’s more prepared for that now.” 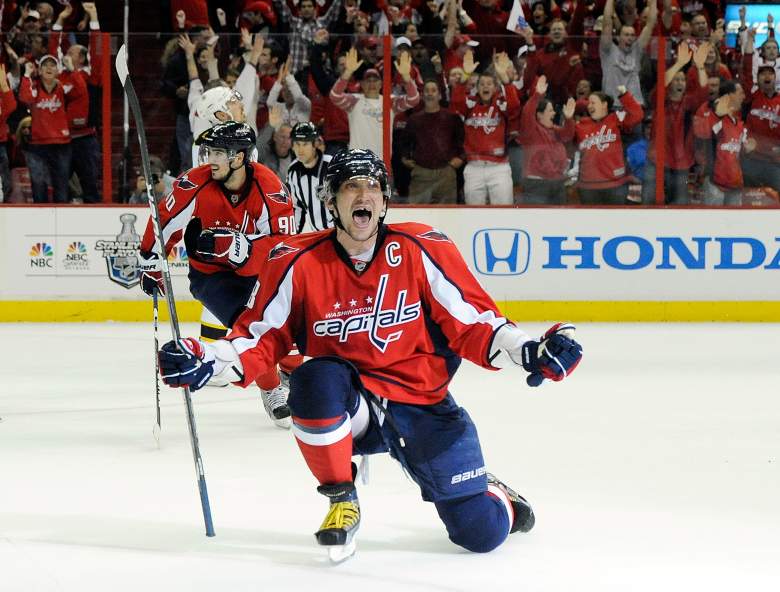 Due to the structure of his contract, Ovechkin’s salary increased to $10 million for the 2014-15 season.

Ovechkin’s salary places him among the top five highest-paid hockey players in the 2016-17 season. Rounding out the top five are Jonathan Toews, Sidney Crosby, Anze Kopitar, and Patrick Kane.

3. Ovechkin’s Net Worth Is Estimated at $60 Million 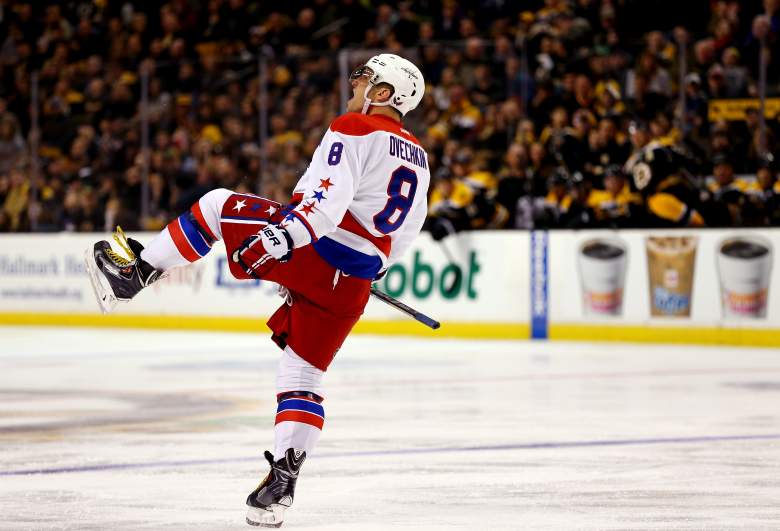 Ovechkin’s net worth is estimated to be $60 million, according to Celebrity Net Worth.

The Russian winger emerged as an incredible talent in the 2005-06 season. After an impressive 106-point rookie campaign, he won the prestigious Calder Trophy.

4. He Earns an Estimated $3.5 Million in Endorsements

Ovechkin is undoubtedly one of the top NHL players on the ice and as evidenced by his endorsement deals, one of the most marketable players off the ice.

According to Forbes, there are seven players in the NHL making seven-figures annually from marketing, and Ovechkin is at the top of that list. His endorsement income is second only to Sidney Crosby in the NHL.

He has endorsements with Nike, Bauer, Papa John’s and Upper Deck. During the 2014 Olympics, Coca-Cola and Gillette featured him in ads as well.

Last June, Ovechkin inked a six-figure deal with Russian-based Otkrytie Bank. The endorsement deal is worth somewhere between $500k and $1 million, according to Vedomosti.

The site reports that it is one of the most lucrative celebrity endorsement deals on the Russian market today.

In addition to his endorsements, he has a lucrative memorabilia agreement with Fanatics.

Ovechkin is no longer signed with management group IMG, who earned commissions on his sponsorship and endorsement deals. Instead, he now works directly with David Abrutyn, who oversees Ovechkin’s marketing deals, and gets a percentage of his advertising contracts. Forbes estimated it could be no higher than 15 percent.

5. He Has an Impressive Car Collection 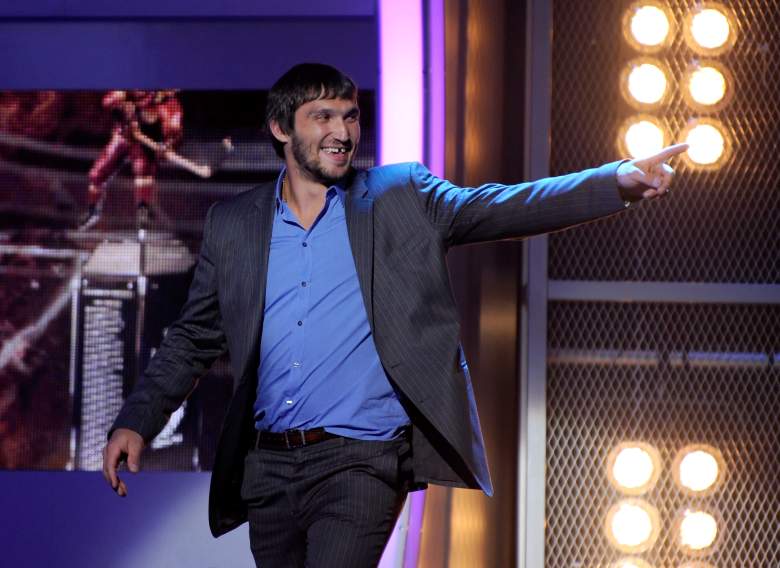 Last summer, Forbes revealed Ovechkin has “about a dozen cars,” and invests his money in US bonds. As far as his career plans after his NHL career comes to a close, he told Forbes he may become a coach or start his own business.

“Sasha is not an oligarch,” Tatyana Ovechkina told Forbes when asked about her son’s financial strategy. “He is an athlete. You better not write about how much he has in his bank account. You should talk about how Sasha helps six orphanages in Russia and children with disabilities in the United States. And he does it with all his heart.”

Ovechkin has never shied away from charitable efforts. Not only does the NHL player raise funds for a variety of causes, he often does so in creative ways.

In March, Ovechkin debuted a special pair of custom-painted skates depicting the flags and landmarks of the United States and Russia in honor of Russian Heritage night at Verizon Center. Although he wasn’t allowed to wear the skates in the game, he wore them for pre-game warmups and then put the skates up for auction. They sold for $9,500, which benefited the American Special Hockey Association.

Another memorable moment was during the 2015 NHL All-Star Draft. In what most people thought was a joke, Ovechkin tried to earn a car at the draft by begging to be the last player selected. A brand-new Honda Accord went to the final pick, which did not turn out to be Ovechkin. His plan all along was to win the car to donate it to charity. When Honda learned of his charitable idea, they gave him keys to a new pair of wheels. Together, Ovechkin and Honda presented the car to the Washington Ice Dogs, a hockey team for kids with special needs.

The American Special Hockey Association raffled off the car with all proceeds from ticket sales benefitting the 50 programs in 30 states the organization runs.