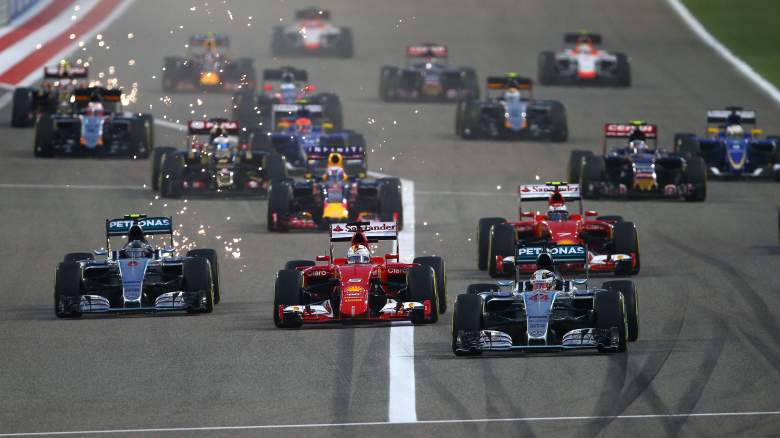 A week after Lewis Hamilton evened things up with Sebastian Vettel atop the Formula One standings, drivers head to Sakhir for the 2017 Bahrain Grand Prix

Here’s a look at everything you need to know to watch the third race of the season:

Start Time, Local: 6 p.m. GMT+3 in Bahrain (you can click here for the complete track schedule)

We’re just two races into the season, but it already looks like we’re in store for an entertaining back-and-forth battle. After Vettel grabbed the victory in the first race of the season, Hamilton bounced back with a wire-to-wire victory in Shanghai.

Per Bet 365, Hamilton is the even-money favorite in Bahrain, but the 32-year-old doesn’t agree, calling Mercedes the underdogs against Ferrari this week.

“Ferrari are going to be very, very strong here. They always have been,” said Hamilton. “Ferrari have shown tremendous pace and I think in the first race, particularly in race trim, they’re very, very quick – particularly on the hotter circuit. So, being that it is a hotter race here, I think the gap is going to be even closer. They are always generally the team that is lighter on tyres. We have a heavier car; they have a light, nimble car.”

After Vettel won this race two years in a row in 2012 and ’13, Mercedes has reeled off three consecutive victories. Hamilton won back-to-back in ’14 and ’15, while the now-retired Nico Rosberg won last year for his first time in 10 starts.