Barcelona is still clinging to hope that Neymar can play in a crucial Clasico on Sunday.

Neymar should be serving a three-match ban after gesturing towards a referee in a loss to Malaga. But Neymar traveled with the team in preparation for Sunday’s clash with Madrid, and Barcelona filed an appeal with the Court for Arbitration of Sport. The court did not convene over the weekend, but they did release a statement indicating that the suspension remains in effect. Barcelona issued a response statement on Saturday, but it looks like Neymar will remain on the bench.

Gareth Bale has been dealing with a calf injury for several weeks now, but he’s returned to training in time for what could be the biggest match of the season for both teams. Real Madrid’s real concerns are at the back, where they will have only two healthy central defenders. Varane and Pepe are both out, leaving Sergio Ramos and Nacho as the only options.

Real Madrid currently lead Barcelona in the table by three points. With five games remaining and a game in hand, a Madrid win would nearly seal a domestic title for Los Blancos.

LIVE STREAM: Click here to find out how to stream today’s match for free 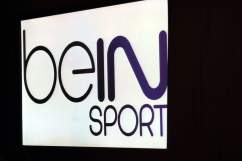 What Channel is beIN Sports On?