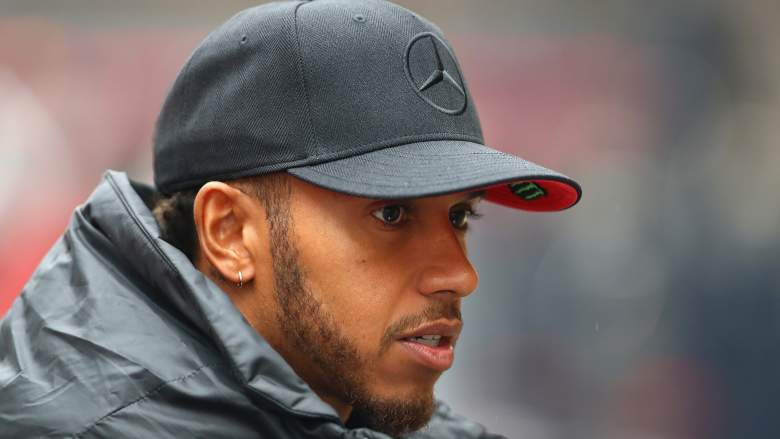 Formula One descends on Shanghai this weekend, as drivers are set to compete in the 2017 Chinese Grand Prix.

Here’s a look at everything you need to know to watch the action at the second race of the season:

Coming off a second-place finish behind Ferrari’s Sebastian Vettel in the season opener in Melbourne, Lewis Hamilton will surely be out for redemption. And this is a good place to get it, as Hamilton leads all drivers with five Chinese GP poles, four wins and seven podium finishes.

Rain is in the forecast in Shanghai, which normally signals an advantage for the talented 32-year-old, but the new tires have him concerned:

I am not really looking forward to a wet track because I haven’t driven on the new tires. Usually I like driving in the wet but I am a little bit apprehensive. I have got to learn a lot in a short period because I have not driven on these tires. I might go out and it might be exactly the same as in the past but that is unlikely. The car might need to be put in different places but I will still drive like I always do.

Elsewhere, Sebastian Vettel and Ferrari will look to continue the momentum after an impressive win to start the year.

“The whole team was extremely happy with the result in Melbourne–including me,” he said. “But we are also all aware that it was just one win, and that there is no guarantee that it will go on like this from now on.”

It’s early, but it looks like the battle between Ferrari and Mercedes is going to be a tight one, and that should be on full display in Shanghai.