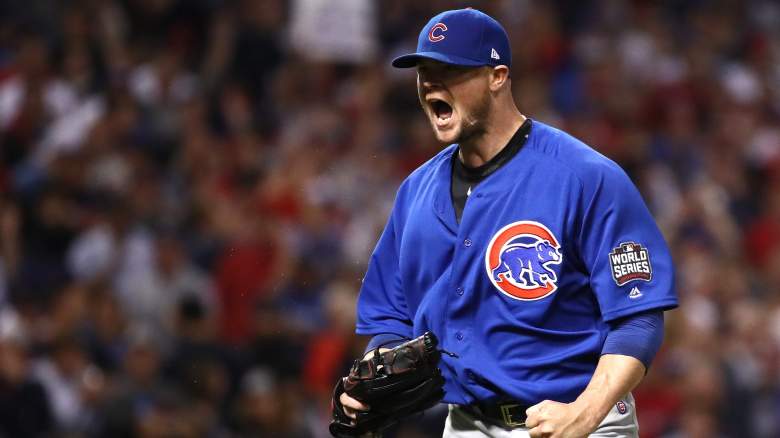 The Chicago Cubs‘ first World Series title defense in 108 years begins Sunday night in St. Louis against the Cardinals, who are looking to bounce back from last year’s “disappointing” 86-win season and first missed posteason in six years.

Both of these NL Central squads have World Series aspirations this year, and it should be an entertaining start to the 2017 campaign.

The Cubs will turn the ball over to Jon Lester, who put together a dominant year in 2016, finishing 19-5 with a career-best 2.44 ERA and 1.016 WHIP with 197 strikeouts in 202.2 innings. He ranked second in the majors in ERA behind teammate Kyle Hendricks and fifth in WHIP.

Lester was near unhittable against the Cardinals last year, giving up 11 hits, three walks and two earned runs while striking out 21 across 20.2 innings, good for a 0.87 ERA and 0.677 WHIP. In one of two September starts against them, he went eight shutout innings, striking out eight and giving up just three hits and one walk.

The Cardinals will counter with 25-year-old Carlos Martinez, who established himself as an ace with a second terrific year in a row in 2016, going 16-9 with a 3.04 ERA, 1.224 WHIP and an 8.0 K/9 ratio. Per FanGraphs, the hard-throwing righty was one of just three pitchers–along with Noah Syndergaard and Johnny Cueto–to have a ground-ball rate over 50 percent along with above-average strikeout and walk rates.