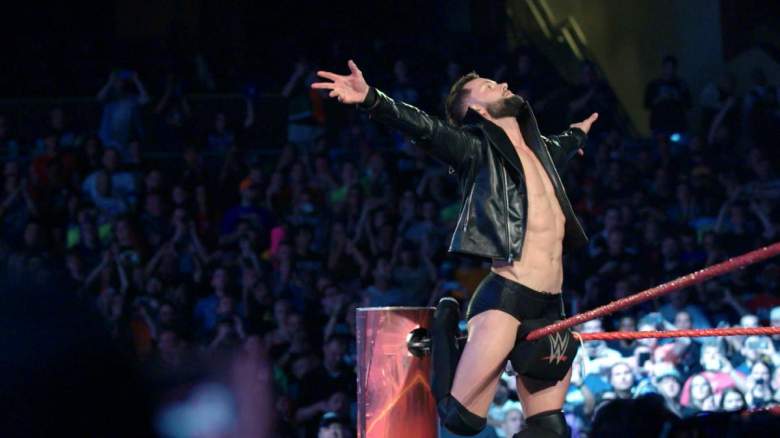 Last week on Monday Night Raw, Finn Balor was reportedly injured during a match with Jinder Mahal. So when might he get back into the ring? How long is Balor going to be gone?

At the moment, we don’t have a definitive timeline about Balor’s return, and things are quite up in the air. According to PWInsider, Balor is going to be in Columbus, Ohio tonight for Monday Night Raw. However, he will need to undergo medical testing before he’s cleared for action again, and it seems unlikely that Balor would be able to perform on tonight’s Monday Night Raw.

Over the weekend, Finn Balor was pulled from all WWE live events, according to Ringside News. He’s still scheduled to appear at live events next week, but he could be pulled from those at any time.

As an example in recent history of how long a concussion kept a WWE performer out of the ring, we can look to Randy Orton after SummerSlam 2016. During a match with Brock Lesnar at the August pay-per-view, Orton suffered a concussion. The WWE never actually officially announced this, but it was reported in wrestling news outlets at the time, and Randy Orton later confirmed it himself, according to ComicBook.com.

Orton was kept out of action for a little over a month as a result of this concussion. SummerSlam took place on August 21st, and Orton did not wrestle again until a house show on September 24th.

However, how long Balor is out of action all depends on the severity of the concussion, and that’s something that won’t be known until Balor is given an ImPACT test. This stands for Immediate Post-Concussion Assessment and Cognitive Test, and it’s part of the WWE’s policy that wrestlers who suffer concussions must take one of these tests and the result must be comparable to their baseline test result.

It’s now unclear whether Balor will be able to perform at Payback, the upcoming Raw-exclusive pay-per-view which takes place on April 30th.

Recently, Dave Meltzer of the Wrestling Observer speculated that the WWE’s push of Finn Balor might come to an end because of his various injuries. However, Meltzer made it clear that he doesn’t think this would happen unless Balor is seriously injured a third time in the near future.

“[Balor] showed up and he had the shoulder surgery, and then in his second TV match back he gets hurt again, so it’s like…I hope he doesn’t get hurt one more time because you don’t wanna have that thing in Vince’s head that you’re injury prone,” Meltzer said, according to Sportskeeda. “It doesn’t kill you, because Vince has that thing in his head about other people and they still get pushed to a degree. But it does temper him from going all the way with somebody.”

Read More
Pro Wrestling, WWE, WWE Raw
Last week on Monday Night Raw, Finn Balor was reportedly injured during a match with Jinder Mahal. So when might he get back into the ring?