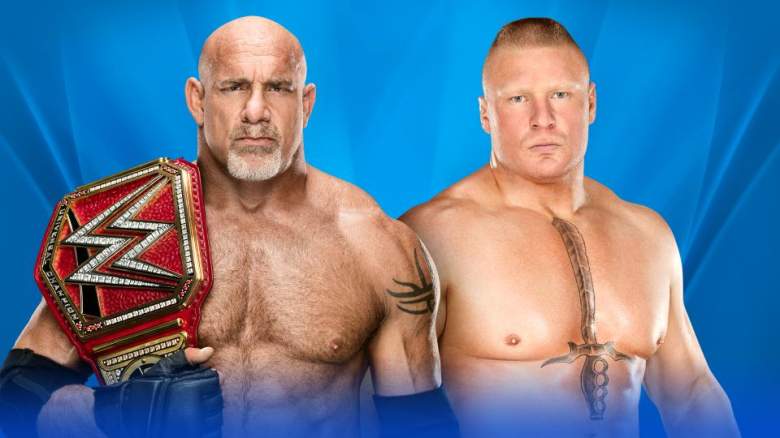 Brock Lesnar just defeated Goldberg at WrestleMania 33 in a relatively brief match. How long did it end up being?

The WrestleMania match between Goldberg and Brock Lesnar was 4 minutes and 45 seconds long.

This was longer than their match at Survivor Series, which was 1 minute and 26 seconds. Lesnar and Goldberg also faced one another at Royal Rumble, although this was not in a single’s match.

The WrestleMania match actually lasted a lot longer than some fans expected, with a number of viewers thinking it would barely last longer than 2 minutes at the most.

Brock Lesnar is now the new Universal Champion; it is presumed that this was the final match of Goldberg’s career.

Read More
Brock Lesnar, Pro Wrestling, Wrestlemania, WWE, WWE Raw
The match between Bill Goldberg and Brock Lesnar just wrapped up at WrestleMania. How long did it end up being?