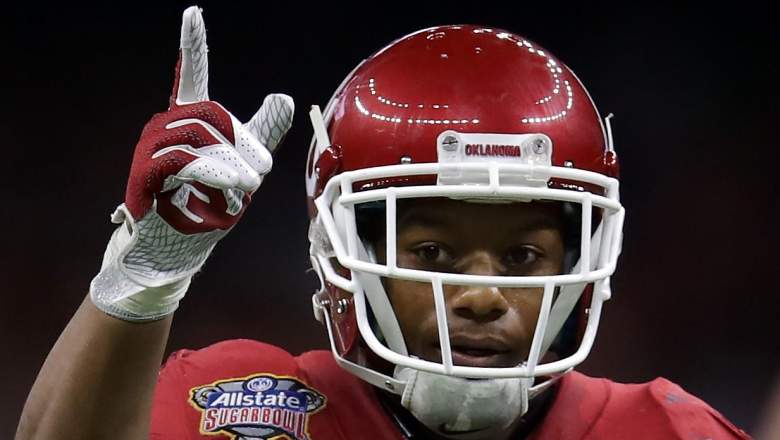 Oklahoma Sooners running back Joe Mixon is expected to be taken in the first round of the 2017 NFL Draft, despite his legal troubles. In 2014, he was charged with punching a woman named Amelia Molitor and was suspended for the entire 2014 season. Still, several teams have considered drafting Mixon.

Mixon was raised by a single mother, Alisa Smith, and was one of six children. He has two brothers and three sisters.

Here’s what you need to know about Mixon’s family.

1. Mixon Almost Chose Cal Over Oklahoma Because It Would be ‘Best For Me & the Family’

After a great high school career at Freedom High School in Oakley, California, the 20-year-old Mixon was considered a five-star recruit on Rivals.com. The site lists over 40 schools that were interested in Mixon, but he ultimately chose the University of Oklahoma.

During the recruiting process, Mixon visited the University of California Berkeley, Florida State and Wisconsin. In August 2013, he told CLA Sports that Cal was one of his favorites because of it is in the same state where he grew up.

2. In His Apology For His Actions, Mixon Said He Was Raised by a Single Mom 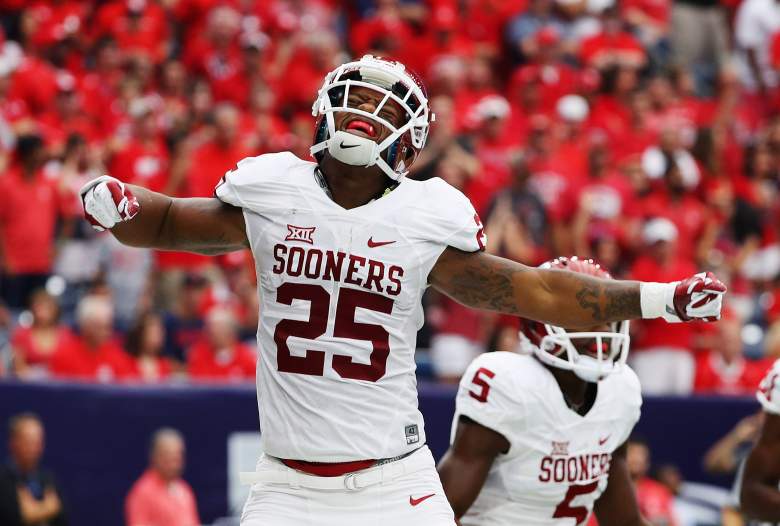 In 2014, Mixon was charged with misdemeanor assault for hitting Amelia Molitor on July 25, 2014 at a restaurant in Norman, Oklahoma. According to ESPN, Molitor told police that Mixon and some of his teammates harassed her and her friend, who is gay.

In the surveillance video of the incident, Mixon said something to Molitorr’s friend while turned away. Molitor then pushed the running back. During the altercation, she slapped him and he punched back. Molitor then fell over, hitting a table with her face. Mixon admitted to authorities that he used a homophobic slur towards Molitor’s friend during the incident.

Mixon was sentenced to a 100 hours of community service, a year of probation and ordered to take counseling. Molitor needed surgery for four facial bone fractures.

In December 2016, Mixon apologized for the incident, and mentioned that he let down his mother and siblings.

“I’m here to basically apologize to Ms. Molitor, I apologize to coach (Bob) Stoops, to president (David) Boren, the AD (Joe Castoglione), my teammates, most of all my family. I let a lot of people down,” Mixon said during the December press conference. “I apologize to my mother. Growing up my mother worked hard, a single parent, two brothers, three sisters, nieces and nephews. … They all look up to me. It is never, never OK to retaliate and hit a woman the way I did. I’m here to apologize to everybody that was affected by it.”

Mixon said the incident “still haunts me to this day.”

3. Mixon’s Mother Watched the Tape of Him Punching Molitor With Him

During his December 2016 press conference, Mixon revealed that his mother was with him and Norman Police when he watched the video of the incident a few days after it happened, reports USA Today. Mixon was 18 years old at the time of the incident.

“My mother, she worked hard, and I disappointed her,” Mixon said. “She’s my queen, and I apologize to you, mom.”

The video was released by Mixon’s own legal team and he said he wished the tape came out sooner. In 2014, Mixon’s attorney, Kevin Finlay, said his client punched Molitor in self defense.

Mixon was “subjected to both verbal and physical attacks from a very intoxicated and troubled young woman,” the statement read. “We are looking forward to a thorough investigation and are very much looking forward to the truth coming out. As we have always maintained, Joe has done nothing wrong.”

Molitor filed a lawsuit in July 2016, but two-thirds of her claims were dismissed in November 2016, NewsOK reported. The only claim that survives is “intentional infliction of emotional distress.”

Although the incident happened in Oklahoma, Molitor filed the lawsuit in San Francisco. It was later moved to Oklahoma City.

Mixon’s mother, Alisa Smith, spoke with News Oklahoma in March, during Oklahoma’s Pro Day. Smith said she didn’t condone her son’s actions, but said that he’s learned a great deal since the incident.

“As far as me, the mom, my feelings about it, it’s like it’s over it’s done,” Smith told News Oklahoma. “Let’s move on. This is something that happened, unfortunately. However, It’s an isolated situation. I’m quite sure he’s not going to go around hitting on anybody else. This is a lesson learned. He’s grown from it.”

She told the site she doesn’t condone what her son did to Molitor, but “it’s just frustrating to just keep hearing it over and over. It’s like OK, get over it now. Find another story to talk about.”

5. A Father Accused Mixon of Punching His Daughter in High School, but Then Recanted

In February 2017, Norman police released a video of an interview with Molitor, reports the Dallas News. In the video, Molitor’s attorney reads a statement from Anthony Hernandez, who claims that Mixon punched his daughter in high school and was not punished, even though Mixon has said he’s never hit another woman.

“I know for a fact he threw my daughter to the ground and hit her. I went to the school and…they hid him in the office. He got no punishment. The police even came. I was escorted off the campus as if I did something wrong. These are simply the facts, he’s a woman beater,” the report from Hernandez read.

However, Hernandez later recanted the story in a statement Mixon’s lawyer sent to Pro Football Talk. Hernandez said in the statement that Mixon is still friends with his daughter and Mixon never heurt her.

My daughter went to Freedom High School with Joe, and they have been friends for much of their lives. Once, when they were in school together, my daughter had a minor disagreement with some of her classmates that got blown out of proportion. Like any father would, I reacted emotionally. Unfortunately, I did so before I had all the facts. Now, having talked to my daughter and investigated the whole story, I realize that I was mistaken about Joe’s involvement. I definitely overreacted, and I regret that my words might have given some people the wrong impression about Joe. I know that Joe did not hurt my daughter, did not intend to, and would not do so.

Mixon’s attorney told Pro Football Talk that he poke with officials at Freedom High School, who told him that no incident like the one Hernanrez described before happened.

Aside from the incident with Molitor, Mixon also faced legal trouble in 2016, when he was suspended for a game after an altercation with a parking attendant. KFOR reports that documents show that Mixon ripped his citation in half and threw the pieces in the attendant’s face. After getting in his car, he “inched at the officer with vehicle in drive to intimidate the officer with vehicle,”

“I regret that I did not respond appropriately to parking attendants and understand and accept the consequences,” Mixon said in a statement.