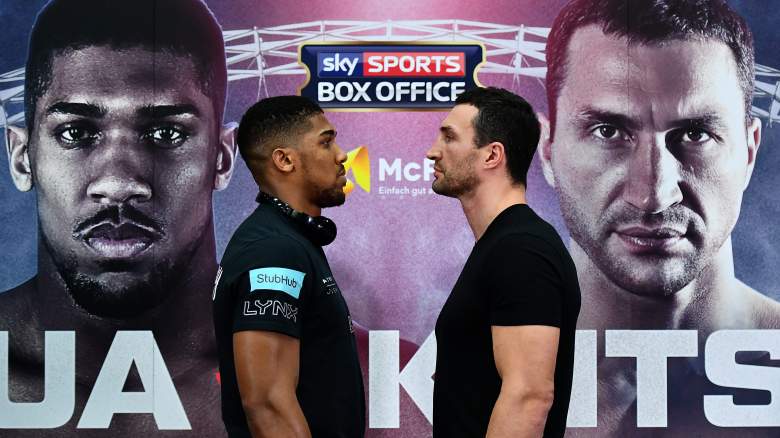 Wladimir Klitschko vs. Anthony Joshua. When certain matchups in sports other than boxing are grandiose in nature and referred to as “heavyweight battles,” this is typically what people have in mind when making those connections.

When you think of boxing, and you think of the heavyweight division, you beg for fights like this. Klitschko (64-4, 53 KO), the former WBA, IBF and WBO champ, is considered one of the greatest to ever step foot inside the ring. Joshua, who at age 27 is 14 years younger than Dr. Steelhammer, is seeking to officially to take the torch. He has knocked out all 18 of his opponents, and he expects to be the next great champion in a long line of legends at this division.

Joshua (-240) is being pegged as a slight favorite, but Klitschko (+190), who suffered his first loss in over 11 years to Tyson Fury in November 2015, sounds rejuvenated.

“I enjoyed my time off. It was the first time in 26 years I had such a long layoff,” he said. “Through all those years I was always training and getting ready. Then, boom, one-year and longer break. But I enjoyed it.”

In front of an anticipated 90,000 fans at Wembley Stadium in London, this fight has a chance to be an all-time great. Here’s everything you need to know about the event: