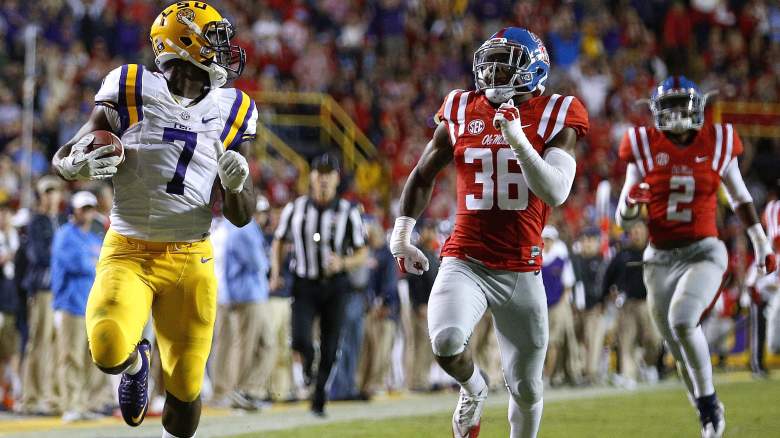 Leonard Fournette is officially a member of the Jacksonville Jaguars. It’s an important addition for Doug Marrone’s squad, but it’s also going to have major implications on the fantasy football world.

Let’s take a look at what the LSU product brings to the table, how he fits with his new team, and what kind of numbers he could put up for your fantasy squad in 2017:

Well, being a freight train is a pretty big strength.

Fournette is 6-foot-0 and 240 pounds of chiseled muscle. He runs a 4.51 40-yard dash. He’s a violent north-south runner who likely isn’t going down unless there are multiple people tackling him. He bulldozes through defenders at the second level like they’re kindergartners.

The Film Room Ep. 20: Leonard Fournette Scouting ReportLook for me on Twitter @BrettKollmann If you would like to donate to the channel, you can visit my Patreon page here: https://www.patreon.com/user?u=3409713 My coverage of the 2017 NFL Draft is kicking off with not only the highest rated player on my big board, but one of the highest rated players that I have EVER…2017-02-07T14:00:21.000Z

During a touchdown run against Ole Miss last year, Fournette–who, mind you, was battling an ankle injury at the time–clocked 22.9 miles per hour. For comparison, that would have been the second-fastest play in the NFL last year, bested only by a Tyreek Hill nullified kick return.

Fournette has drawn a lot of comparisons to Adrian Peterson. Those are unfair in the sense that Peterson is a future Hall of Famer, but they are understandable in the sense that Fournette enters the league with an unheard of blend of size and speed.

If he gets going downhill, he’s almost impossible to stop.

From a fantasy perspective, there are two things here.

First, his ankle injury. Per a source cited by Will Carroll last year, it’s “a chronic problem, one that will need constant maintenance or perhaps surgery in the future.”

DLF.com’s Jeremy Funk added to that:

Fournette fits the definition of chronic ankle instability, possibly anterior ankle impengment. Both correctable in short term, but not long

Second, he hasn’t shown much as a wide receiver. In three seasons at Baton Rouge, he caught just 41 balls for 526 yards and one touchdown, which comes out to an average of about 1.28 receptions and 16.44 yards per game. Not exactly what you want to see out of your RB1 or RB2, especially in PPR leagues.

It shouldn’t take long before Fournette leaps Chris Ivory and T.J. Yeldon on depth chart. He should ultimately dominate early-down touches, and though Yeldon will likely remain in the mix on third downs, the Jags didn’t use the No. 4 overall pick on a guy who will be a backup. As the Jags look to take some of the pressure off Blake Bortles, expect Fournette to shoulder a big load.

Leonard Fournette can handle 20-plus carries a game for the Jaguars. Downhill power at 230-240 pounds with 4.5… https://t.co/lfmMS8HiQh

Say hello to your next big fantasy star. 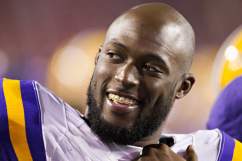 Read More
Fantasy Football, NFL
Punishing rookie RB Leonard Fournette is headed to the Jaguars. What does that mean for his fantasy value?