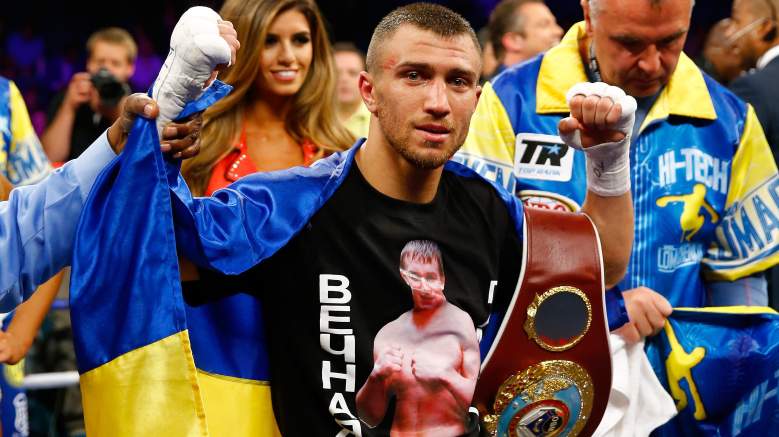 A busy night in the boxing world, Saturday is headlined by Vasyl Lomechenko, who looks to continue his recent run of dominance when he defends his WBO World super featherweight title against Jason Sosa.

“Hi Tech,” the 29-year-old Ukrainian sensation, has become a stop-everything-you’re-doing-and-watch kind of boxer, and this one should be no different. Here’s a look at everything you need to know so you don’t miss the action:

Start Time: The main card starts at 10 p.m. ET (Sunday morning at 3 a.m. in the UK). Lomachenko vs. Sosa is third on the card

Live Stream, US: Sling TV or DirecTV Now; You can click here for more info

Lomachenko may only have eight professional fights under his belt, but that doesn’t make what he has done any less special. En route to becoming the fastest two-division world champ in history, he has knocked off the likes of Gary Russell Jr, Roman Martinez and Nicholas Walters in scintillating fashion.

Martinez can attest to that:

There may be no individual in the sport of boxing who is more entertaining to watch.

“Nobody that I have ever seen does with his body and his footwork what he does,” said Top Rank chairman Bob Arum, who also claimed Lomachenko has the best skills he has seen since Muhammad Ali.

Lomachenko unsurprisingly stands as a big favorite, and this may ultimately just be a stepping stone before he again moves up a weight class, but Sosa has good power and, as his co-promoter Russell Peltz explained, he also has nothing to lose:

And what’s the worst thing that can happen to Jason Sosa Saturday night? He’s already been knocked out in one round (in his fifth fight in 2010). Just like Jack Dempsey, Max Schmeling, John Henry Lewis, Bob Montgomery, Joey Maxim, ‘Jersey’ Joe Walcott, Floyd Patterson, Sonny Liston, Emile Griffith, Michael Spinks and Ken Norton. And guess what? They’re all in the Hall of Fame. See you Saturday.

While Sosa is a tough fighter, Lomachenko is arguably the most talented on the planet. No matter who’s on the other side of the ring, he makes this a fight well worth the price of admission. 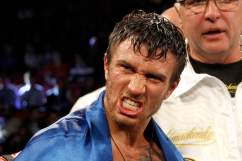