HELP US LOCATE: Otis Nixon, black male, 58, who was last seen yesterday morning at 10am leaving his residence in a gray 2011 Range Rover. pic.twitter.com/Tra36lwmHv

On the evening of April 9, The Woodstock Police Department wrote on Twitter, “HELP US LOCATE: Otis Nixon, black male, 58, who was last seen yesterday morning at 10am leaving his residence in a gray 2011 Range Rover.” However, it only took a day for Nixon to resurface.

That Otis Nixon is the same Nixon who played Major League Baseball for 17 years, according to Yahoo Sports. The 58-year-old disappeared from an Atlanta suburb on Saturday, April 8.

It’s not the first time that troubles have touched Nixon’s life. 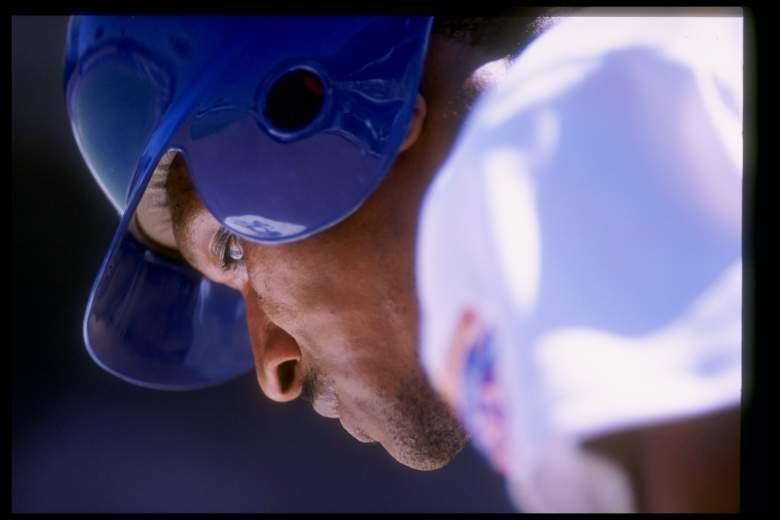 7 Sep 1997: Outfielder Otis Nixon of the Los Angeles Dodgers looks on during a game against the Florida Marlins at Dodger Stadium in Los Angeles, California. The Dodgers won the game 9-5. (Getty/Harry How/Allsport)

Compounding the mystery: Nothing seemed amiss when Nixon vanished. He had plans to play golf, and simply disappeared after leaving his home in his Range Rover.

He never showed up for the tee time, police said.

The Woodstock police wrote on Facebook, “Woodstock Police request the public’s assistance in locating Otis Nixon, black male, 58 years of age. He was last seen leaving his residence yesterday morning in a 2011 gray Range Rover with GA tag CFP9010. He left wearing a black long sleeve shirt, black sweatpants, and a black baseball cap, with black Adidas shoes with white stripes. He left for a tee time at a local golf course, but never arrived. If you see Mr. Nixon or have any information, please call 911.” 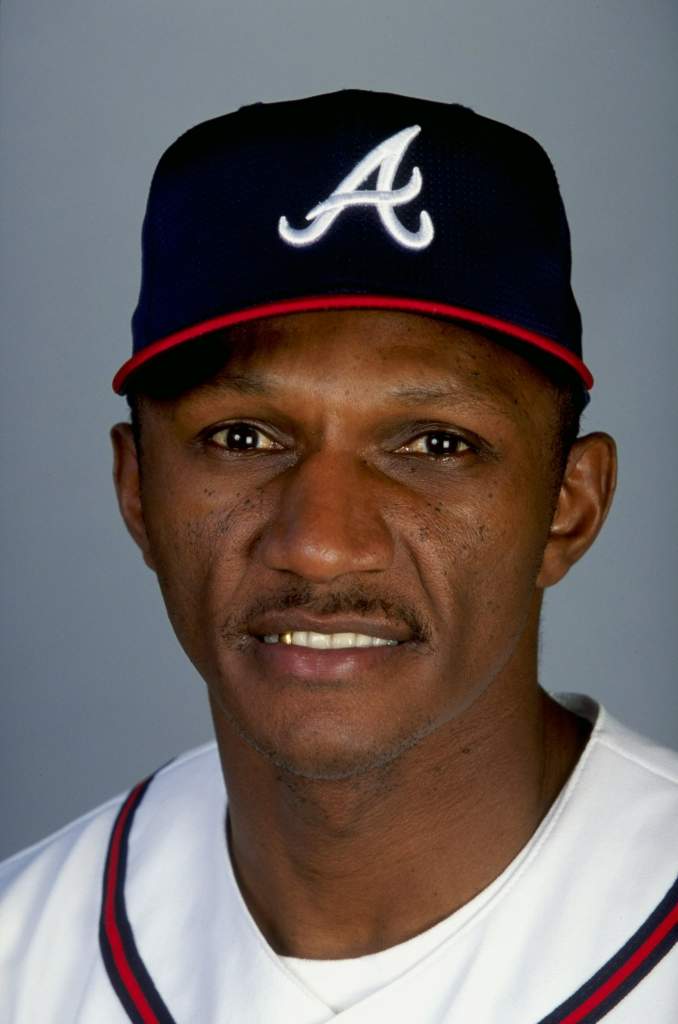 Outfielder Otis Nixon #1 of the Atlanta Braves poses for a studio portrait on Photo Day during 1999 Spring Training at the Disney Wide World of Sports in Orlando, Florida.

Nixon’s past included some struggles with substance abuse. They date back to his days as a baseball player, when he was banned from playing in the World Series because of a failed drug test. But his battles with drugs did not stop there.

According to Yahoo Sports, in 2010, “Nixon detailed his drug and alcohol addiction — a failed drug test cost him a trip to the World Series in 1991 — during a Sirius radio interview. Three years later, he was arrested after a crack rock and pipe were discovered in his car.”

Nixon “had a crack cocaine pipe in his pocket and allegedly gave a deputy a small bag with suspected rock cocaine” during the 2013 arrest, reported The New York Daily News.

However, on April 10, police said Nixon was found.

UPDATE: Otis Nixon has been located and is safe. We appreciate the assistance from the public and media.

Police did not release details about where Nixon was or how he was located.

According to CNN, Nixon’s girlfriend was the person who reported him missing to police.

The Woodstock Police Department spokeswoman Brittany Duncan told CNN “there was no evidence of foul play and she was unaware of any medical issues for Nixon.”

Nixon was previously married, although, in 2014, his ex-wife gave an interview to Atlanta Magazine in which she described the marriage as “hellish.”

Candi Staton, a soul singer, told the magazine: “It was hell on earth. My God, it was the most terrifying and devastating time in my whole life. I was going through the fires of hell trying to figure out how to live with him and then how to find a way out of that crazy marriage.”

4. Nixon Played For Many MLB Teams & Stole More Bases Than Any Other Baseball Player in the 1990s

Otis Nixon once made headlines with his speed on the baseball field.

“Otis Junior Nixon was born January 9, 1959 in Evergreen, North Carolina,” according to the Atlanta Braves.

The Braves call Nixon “an ideal leadoff hitter, with a high on-base percentage combined with little power and mighty speed. But despite his promise with the Indians and Expos, Nixon didn’t get the opportunity to play everyday until the 1990s. Nixon did make his presence known; swiping 620 bags during his 17-year career, Nixon stole more bases in the 1990s than any other ballplayer.”

5. Nixon Was Accused in a Prison Scam & Once Made $19 Million 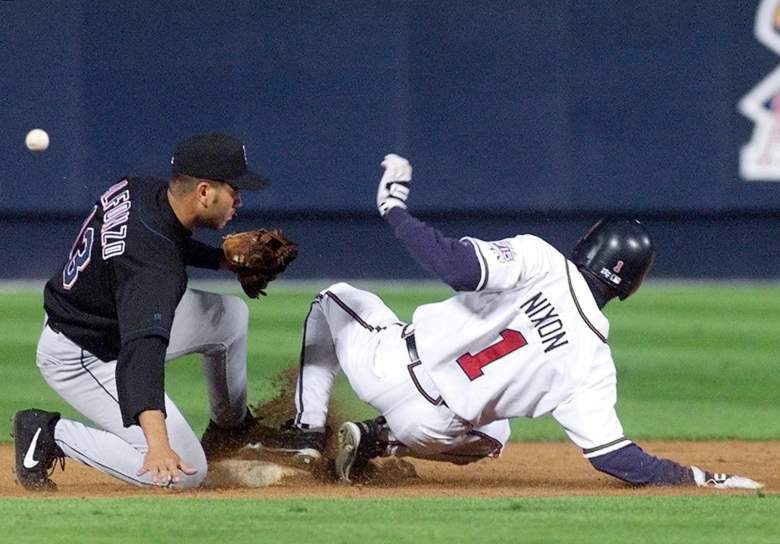 Otis Nixon (R) of the Atlanta Braves steals second base as the ball skips away from Edgardo Alfonso of the New York Mets in the 8th inning 19 October, 1999, during game 6 of the National League Championship Series at Turner Field in Atlanta, GA. The Braves lead the the best-of-seven- series 3-2. (Getty)

Over the years, Nixon has been accused of stealing more than bases, despite making a fortune from baseball.

According to USA Today, he made about $19.9 million playing baseball. However, by 2013, Nixon was accused in a prison scam that allegedly involved “offering a reserved bed in his halfway house and help negotiating the parole board in exchange for between $750 and $1000 in cash, in situations where parole is not even an option,” USA Today reported.

In 2015, he was accused of contributing to the delinquency of a minor.