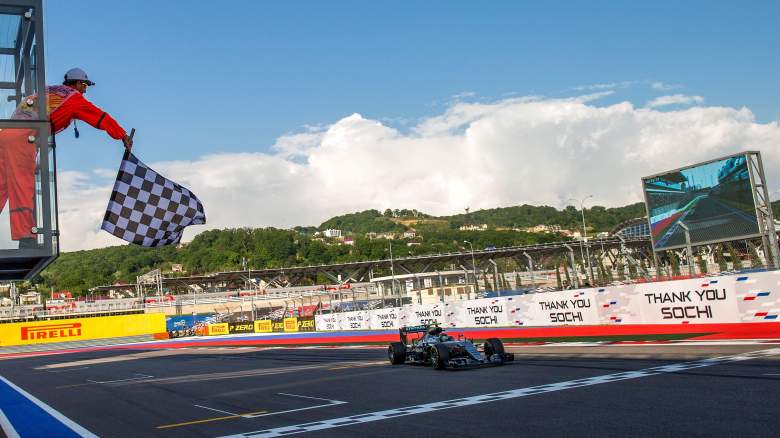 Formula One descends upon Sochi this weekend for the 2017 Russian Grand Prix.

Here’s a look at everything you need to know to watch the fourth race of the season:

Start Time, Local: 3 p.m. GMT+3 in Sochi (you can click here for the complete track schedule)

Sebastian Vettel and Ferrari have topped the podium at two of three races thus far this season, but this appears to be the right track for Lewis Hamilton or Valtteri Bottas to strike back. Since F1 returned to Russia in 2014, Mercedes has led 100 percent of the laps and tallied a total of 111 points. Hamilton won in both ’14 and ’15, while Nico Rosberg claimed the victory last year.

Still, Mercedes knows they have things to work on.

“Basically, at the beginning, the car is a big heavy lump,” Hamilton said after the last race in Bahrain. “The grip just doesn’t feel good at all and the car is sliding around. Then the car gets lighter and it gets more and more comfortable. When you put the fresher tyres on at the end, the car is more nimble and like it is in qualifying. There’s a point where it goes one way or another.”

Another team to watch could be Williams, who produced the fourth- and fifth-place finishers here last year and are second in all-time points with 49. Ferrari is third with 47, while McLaren, which is in desperate need of a good showing is fourth with 33.