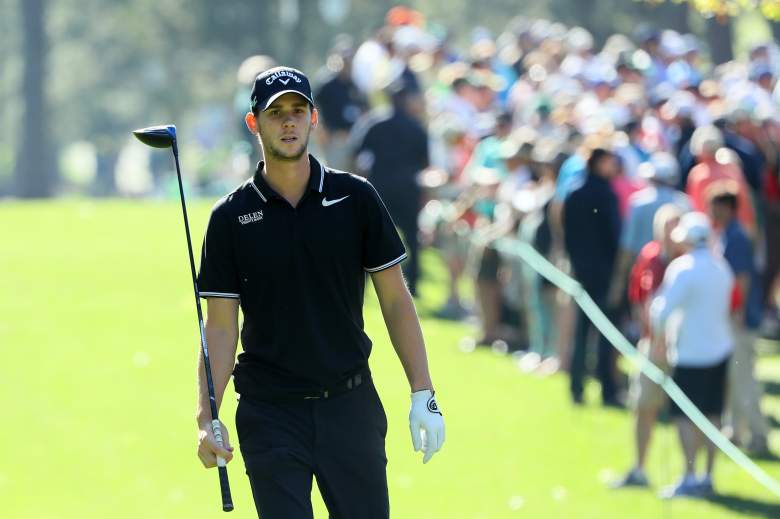 As Thomas Pieters steps onto the green at Augusta during the 2017 Masters, it will be his first appearance in the tournament. While it might be his first time at Augusta, Pieters has emerged as a darkhorse candidate to perform well at the Masters.

Pieters is off to a good start at Augusta, but it almost did not go as well at the Genesis Open. Pieters’ golf ball nailed his girlfriend, Eva Bossaerts, in the back. Luckily, Bossaerts was not injured, but a fan captured the aftermath in the video below.

Pieters is originally from Antwerp, Belgium. It is hard to miss him on the golf course. He stands at 6’5″ and 187 pounds. Pieters balances his time playing in Europe and on the PGA Tour at events like the Masters. He spoke with the USA Today about his decision to be in both worlds.

My focus this year and next year, obviously with the Ryder Cup year, is in Europe. I’d love to combine (the Tours) in the future, and we’ll see what happens…I’m really close to my family, and I love living at home and I’m a new uncle now, which is really exciting. Even when I go away for three weeks, I do miss my family. That’s why I’m going to keep playing in Europe and for the Ryder Cup, as well. I told [captain] Thomas Björn that I’m not going to leave his tour and I’m dedicated to playing in Europe and being in that Ryder Cup team.

Here’s what you need to know about the Belgian golfer.

1. Pieters Got His Start in Golf by Diving in Ponds to Retrieve Balls

Pieters was a bit of an entrepreneur as a child. He could be found digging golf balls out of the water and selling them to club members. He recounts the experience on his website.

It all started in 1997 as a 5 years old, after my mom and dad were introduced to the game [golf] on holiday in South Africa. On their return they took me, my sister and brother to a local golf course, Witbos Golf Club. Together with my siblings, I spent summer after summer practicing, having fun and, most importantly, fishing golf balls out of the 5th hole water hazard to sell to fellow members.

Soon Pieters interest in golf would evolve from fetching old golf balls to playing competitively. At 14, Pieters joined a boarding school in Hasselt, Belgium. The school was funded by the Golf Association of Flanders where students could work on their game in addition to their schooling.

2. He Won the 2012 NCAA Championship at the University of Illinois

Pieters moved to the United States in 2010 to attend the University of Illinois. It would be a successful college career for Pieters before he turned pro. Pieters won the 2011 Jack Nicklaus Invitational along with the 2012 individual NCAA Division I championship. Pieters also won the 2013 individual Big Ten title.

Illinois won 13 team titles during Pieters time at Illinois. Pieters majored in Sport Management during his time in Champaign.

3. Pieters Watched the Show ‘Friends’ to Help Him Learn English

Being thousands of miles away from home can be difficult. Pieters used the 90’s television show ‘Friends’ to help him learn English. Pieters wrote on his website about the challenges he faced when he first moved to the United States.

Adjusting to the American way of life was really tough for me at the start. I suddenly realised that my English, learnt primarily at school and from the sitcom ‘Friends’ wasn’t good enough, and suffering from cruel homesickness in my first semester made me almost not want to return to the US after the Christmas break. My parents eventually convinced me to go back, and by the time my freshman year was over, I couldn’t wait to go back and start my sophomore year.

4. He Bought a PlayStation & TV With His First Paycheck 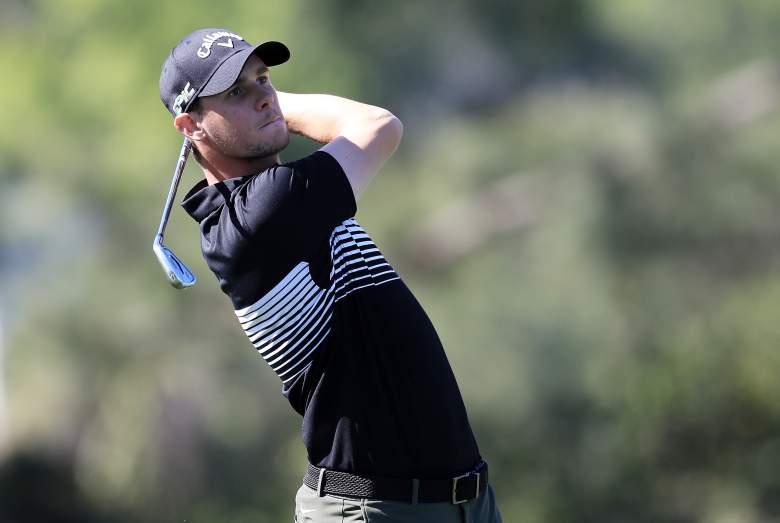 Thomas Pieters has had a promising start to his career. (Getty)

In a video interview with the European Tour, Pieters noted his first paycheck was 25,000 Euros (about $26,675) at the French Open. He used the money to buy a television and a PlayStation. Pieters has gone on to surpass that first check by a wide margin. According to Yahoo Sports, Pieters has earned $4,774,198 heading into the 2017 Masters.

According to the PGA Tour, Pieters has earned $695,985 of that money on the PGA Tour. His best finish came at the 2017 Genesis Open where finished in second place. Pieters finished fourth in the 2016 Olympics.

5. The PGA Tour Once Photoshopped Pieters Hair on a Headshot

Guess the PGA Tour doesn't like my curly hair, so they gave me a photoshop haircut… The pic on the left is the Official PGA Tour head shot, the pic on the right is the original. ? ???? #fail #WhereAreMyCurls @pgatour

In 2016, Pieters took to Instagram to point out the PGA Tour had photoshopped his hair on a headshot. The original photo showed Pieters’ curly hair while the final version gave Pieters a “hair cut”.

“Guess the PGA Tour doesn’t like my curly hair, so they gave me a photoshop haircut…The pic on the left is the Official PGA Tour head shot, the pic on the right is the original. #fail #WhereAreMyCurls @pgatour,” Pieters wrote on the Instagram caption.

The PGA Tour’s Executive Vice-President Ty Votaw later noted the issue had been corrected and discussed the incident with the USA Today.

“In the standard process of prepping new headshots for broadcast TV, electronic scoreboards and other uses – which always requires a bit of retouching and color-correction – our vendor was a bit too heavy-handed in the editing of Thomas Pieters’ photo. The image has been returned more closely to the original photo – although some editing is always required – and reissued to our database. We regret this sequence of events and meant no disrespect to Thomas. We think he has a great head of hair.”