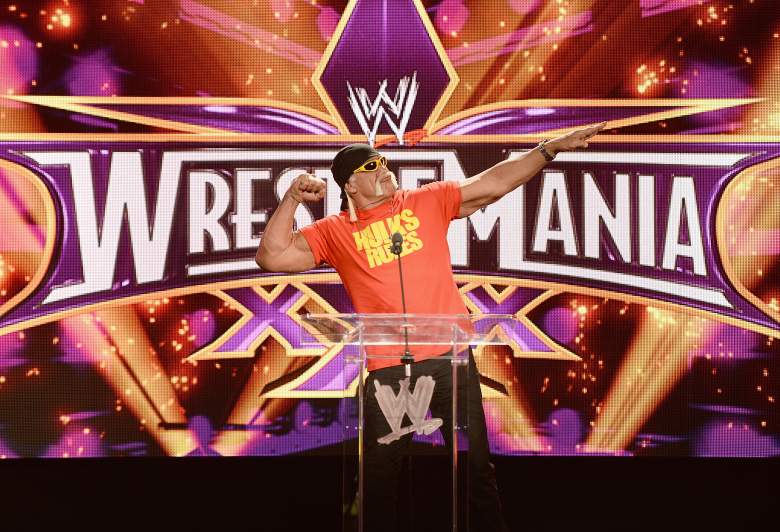 WrestleMania, the WWE’s biggest event of the year, is often a time when wrestling legends make their return, either permanently or just for one night in order to make the show as satisfying and nostalgic as possible. So could Hulk Hogan make a return at WrestleMania 33?

We’ve heard mixed reports about Hulk Hogan’s possible return at WrestleMania 33. In a recent episode of Wrestling Observer Radio, wrestling journalist Dave Meltzer said that he wouldn’t be surprised to see Hogan on the show, as Hogan is in Orlando, Florida this weekend, and WrestleMania seems like the perfect stage to bring him back.

“If…the sponsors don’t have any problems, I see no reason for him not to be there, because they’ve been wanting to bring him back, the only question is, when is it time to bring him back?” Meltzer said, according to Inquisitr. “I think it’d get a giant pop, the fans would like it, there’s no question about that.”

Meltzer said in early February that he expects Hogan to be at WrestleMania.

I would expect Hogan https://t.co/wGZtkTmzBi

Hulk Hogan himself has flat out said that he won’t be at WrestleMania this year. But that isn’t necessarily proof one way or the other, as if Hogan were returning, he’d likely want to preserve the surprise.

Maniacs I have no plans to be at WM33,I will be at Hogans Beach Shop Orlando on International Dr,March 29/April 3D-? See u at HBS! BrotherHH

The WWE has been reportedly wanting to bring Hulk Hogan back in some form for a few months now. After removing all references to Hogan on their website and ceasing the sale of Hogan merchandise, last year, Hogan references suddenly began re-appearing on WWE programming, with Hogan being featured in WWE commercials again.

“Do I think he can be forgiven and make amends with the world and move forward? Yeah, absolutely,” Triple H said. “But at the same point in time, for us in that time frame, you’re putting up a message to the world of how you’ll tolerate things and how you’ll react to things. And we did what we needed to do, and he’ll do what he needs to do to get himself back.”

Hulk Hogan, of course, had his WWE contract terminated a few years ago after the publication of audio of Hogan going on a racist tirade, using racial slurs and saying that he doesn’t want his daughter to date a black man. He also says on the tape that he is “a racist, to a point.”

At the time, Hogan released a statement saying, “Eight years ago I used offensive language during a conversation. It was unacceptable for me to have used that offensive language; there is no excuse for it; and I apologize for having done it.”

Hogan has since begged forgiveness for what he said on the tape.

Read More
Pro Wrestling, Wrestlemania, WWE, WWE Raw, WWE Smackdown
The WWE has been reportedly ready to bring Hulk Hogan back for several months now, so will he be at WrestleMania 33?