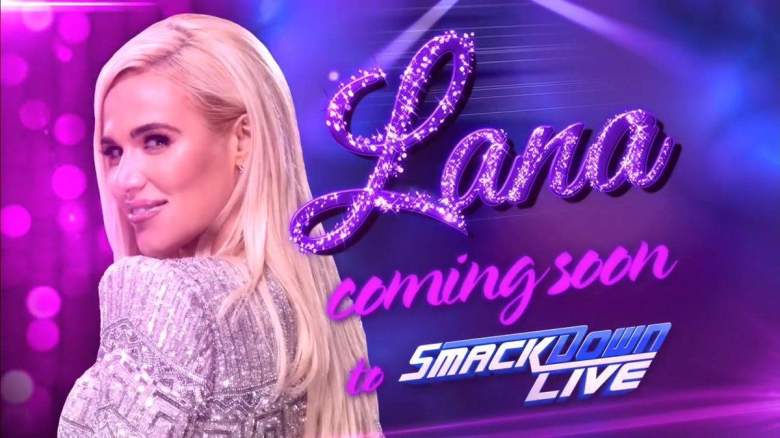 Lana will soon be making her debut on ‘SmackDown Live.’ (WWE.com)

Lana will soon be performing in the ring on SmackDown Live.

This was revealed on the April 11th episode of the show, during which a brief promo was aired showing a clip of Lana with a graphic that said “Lana: Coming soon to SmackDown Live.”

Though the WWE did not say so directly, the clear implication here is that Lana will soon be wrestling on her own on the show. After all, the announcement was made separately from the announcement that Rusev had been traded to SmackDown Live.

And Lana has been performing in the ring for the past few months on NXT. While at NXT, she has performed a dance after her matches, and considering the clip shown on SmackDown Live tonight was of Lana dancing, it looks like she’ll likely be bringing that gimmick to the main roster.

#NXTStPetersburg we saw @LanaWWE break dance, her song was a bop. Confirmed greatest of all time. ? pic.twitter.com/ealYUdqcLN

WWE viewers know Lana for her relationship with Rusev; they are married in real life, but she also portrays his manager on WWE programming. This is really all she has done with the company since 2013, always accompanying Rusev to matches and occasionally helping him out.

In recent months, Rusev has been absent from WWE television due to a legitimate injury, and therefore Lana has been absent as well. He is expected to be back in the ring in a few more months.

“He just started working out again. He’s really excited about that,” Lana recently told Sirius XM. “Yesterday he went to the gym and did two separate hours of cardio. So I’m glad he’s feeling better…[He’s expected back in] 2 to 4 months, somewhere around there. Yeah. That’s what they said.”

Presumably, Lana will be making her SmackDown Live debut before the return of her husband.

Outside of NXT, Lana has wrestled once before on the main WWE roster: she performed as part of Team B.A.D. and Blonde at WrestleMania 32 alongside Naomi, Tamina, Emma, and Summer Rae.