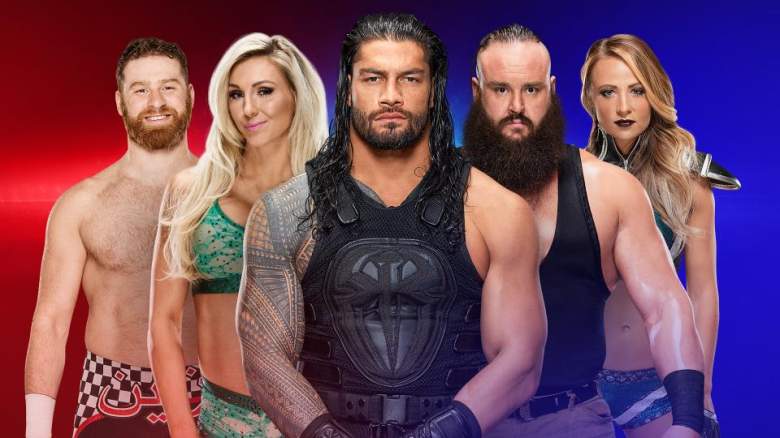 This week on Monday Night Raw, a number of major WWE superstars moved from the blue brand to the red brand, leaving the SmackDown Live roster looking rather depleted.

That’s only for now, though. On SmackDown Live tonight, it will be announced which Raw superstars are being traded to the show, and so theoretically the new additions will fill the void left by the missing SmackDown wrestlers.

It seems that everyone who is leaving SmackDown Live was announced on Raw this week, and so while we don’t know the full new SmackDown roster, we do know which SmackDown wrestlers are definitely safe and are staying on their brand.

One of those people is AJ Styles, who had been widely speculated to be leaving SmackDown Live for Raw. But AJ Styles did not debut on Raw last night, and so unless there is some last minute change, or unless the WWE has done a poor job of explaining how the rules of this shake up work, Styles will remain on SmackDown.

Also staying on SmackDown Live is Shinsuke Nakamura, who just made his debut last week. There was some speculation that Nakamura could be immediately traded to Raw, but for now, he’s staying with SmackDown. He will not, however, be feuding with The Miz, the man who he interrupted last week, as The Miz was traded to Raw.

Randy Orton also seems to be staying on the blue brand, which makes sense considering he is the World Champion. However, the person Orton is currently feuding with, Bray Wyatt, was traded to Raw, meaning Orton will perform at Payback, an upcoming Raw-branded pay-per-view.

In the women’s division, only Alexa Bliss and Mickie James went to Raw, meaning Becky Lynch, Carmella, Naomi, and Natalya are staying on SmackDown. For the time being, those are the only four active women on the roster, but two women from Raw are expected to be added tonight, possibly Charlotte and Emma.

We’ll have more information about the WWE superstar shake up tonight, but for now, here’s a look at the current SmackDown Live roster and at everyone who is currently staying on team blue:

Read More
Pro Wrestling, WWE, WWE Raw, WWE Smackdown
After the first night of the superstar shake up, here are all of the WWE wrestlers who are staying on SmackDown Live.