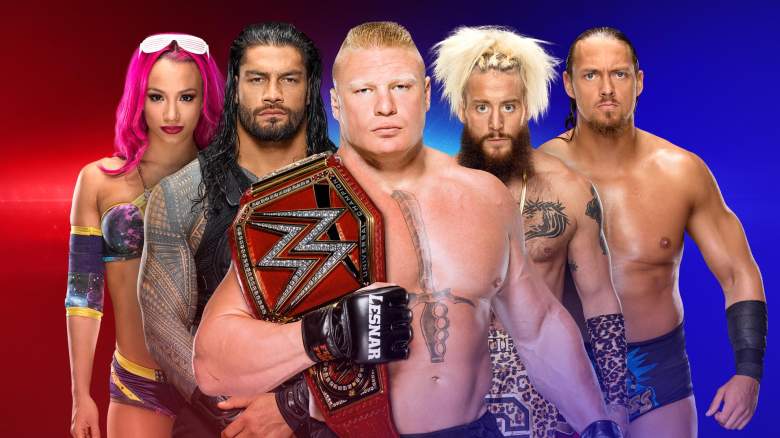 The WWE superstar shake up has just concluded.

This is not like previous drafts where the moves are theoretically random. Rather, the idea is that Kurt Angle and Daniel Bryan, commissioners of Raw and SmackDown Live respectively, made deals behind the scenes all week, and the results were subsequently revealed on television.

The superstar shake up is a two-night event, beginning on Raw and ending on SmackDown.

Then, on Tuesday, it was revealed that Sami Zayn, Kevin Owens, Jinder Mahal, Rusev, Lana, Sin Cara, The New Day, The Shining Stars, and Charlotte are all joining the blue team.

A few of the rumors heading into the superstar shake up ended up being true, while others did not pan out. It was widely expected that AJ Styles would be heading to Monday Night Raw, but that did not end up happening. However, it had been reported that The New Day, Sami Zayn, and Charlotte would go to SmackDown, and this was indeed the case.

Here’s a look at who is going where in the superstar shake up.

Moving From SmackDown to Raw

Moving From Raw to SmackDown