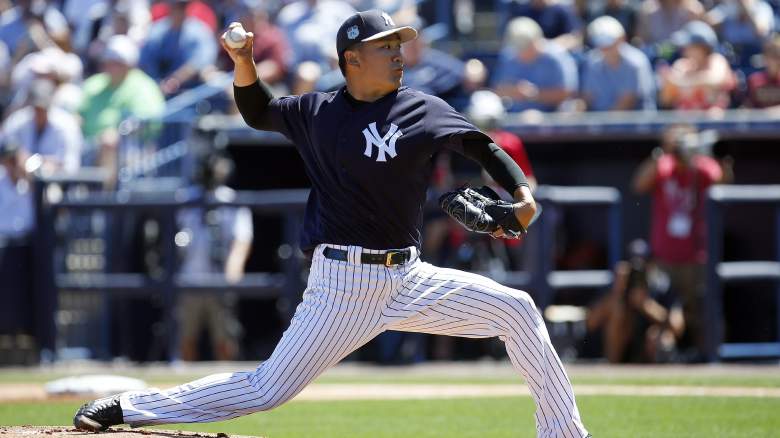 The 2017 MLB season gets underway Sunday morning in St. Petersburg, as the Tampa Bay Rays play host to the New York Yankees.

It may ultimately mean very little in the scope of a 162-game season, but there’s no denying the excitement that baseball is, officially, back.

The first pitch of the 2017 regular season will go to Chris Archer.

Tampa Bay’s 28-year-old ace finished last season just 9-19, but that was hardly an indication of his overall performance. He threw 201.1 innings, compiling a 4.02 ERA, 1.242 WHIP and 233 strikeouts. That 10.4 K/9 ratio ranked sixth in all of baseball, and if it weren’t for an inflated HR/FB percentage (16.2, well above his career average of 11.3), his overall numbers would have likely looked a lot more like his 2015 All-Star campaign.

Tanaka saw his strikeout rate drop for the second consecutive year in 2016, but he still finished with a sparkling 3.07 ERA and 1.077 WHIP, both of which placed him Top 5 among qualified American League pitchers.

Read More
MLB, New York Yankees, Tampa Bay Rays
MLB Opening Day starts a matchup between the Yankees and Rays on Sunday afternoon. Find out when and where to watch.