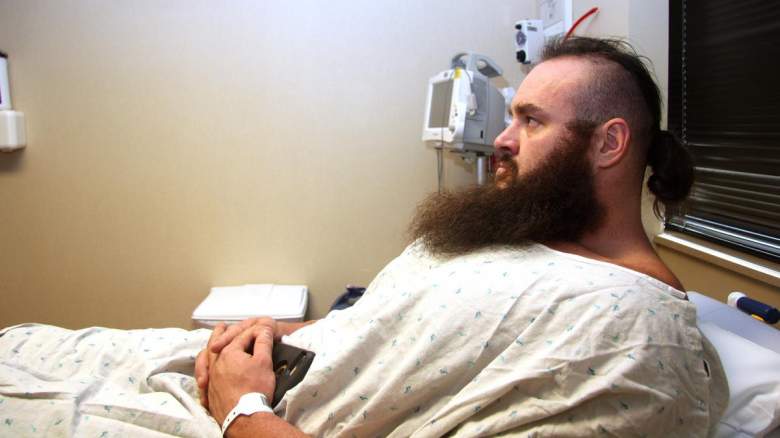 Braun Strowman is sidelined on Monday Night Raw due to an injury. So is this an injury that has been concocted for storytelling purposes? Or is Strowman legitimately hurt?

Unfortunately, this is not fake. Strowman really has been injured, although many of the circumstances surrounding the injury are not real.

For example, Braun Strowman was not injured during his encounter with Roman Reigns last week. In fact, Strowman’s injury was reported by Pro Wrestling Sheet before last week’s episode even aired. Rather, that Roman Reigns segment was the WWE’s way of explaining Strowman’s absence away.

According to Pro Wrestling Sheet’s reporting, Strowman needed to undergo what was characterized as a minor procedure to fix some elbow issues.

“During the procedure, it was revealed, among his other injuries, that Strowman’s elbow had been shattered, and he is expected to miss up to six months of action as a result,” WWE.com said.

However the Wrestling Observer subsequently reported that this six month figure is an exaggeration, and in reality, Strowman is expected to be back in action for SummerSlam.

This Braun Strowman injury isn’t like that, though. Strowman is injured, but the nature of his injuries are at least somewhat fake, as is the timeline of his return.

SummerSlam, where Braun Strowman is expected to fight Brock Lesnar, will air on Sunday, August 20th.