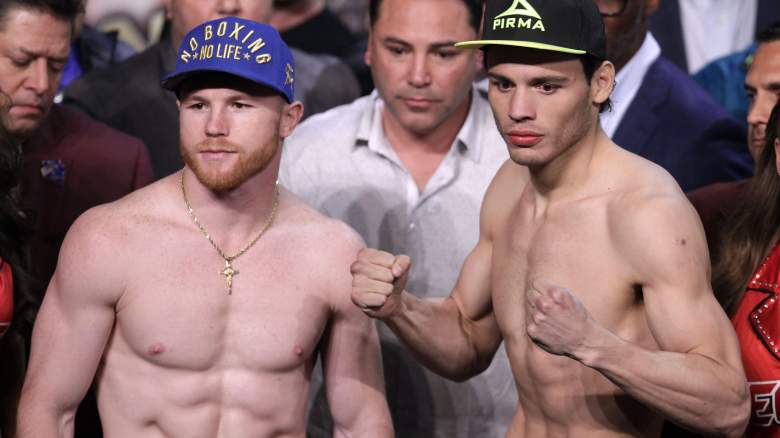 The pride of Mexico will be on the line Saturday night at the T-Mobile Center in Las Vegas, as Saul “Canelo” Alvarez takes on Julio Cesar Chavez Jr.

Here’s a closer look at the numbers behind what stands as one of the most anticipated fights of the year:

Over their last eight fights, neither boxer has been too much about volume: Per CompuBox, Canelo has averaged 40.9 punches thrown per round, while Chavez Jr. is at an even 40.0, both well below the super middleweight average of 53.2.

The key has been making those punches count.

Over that same span, Canelo has connected on 35.2 percent of his attempted overall punches and 46.5 percent of his power punches. Not only is he highly accurate, but when he does connect, he does so with devastating power, which James Kirkland knows well:

As does Liam Smith:

It will be interesting to see how JC Jr. decides to attack Canelo. Historically an aggressive, volume power puncher, none of his last four victories have come via knockout. During those fights, he been out-landed by an average of 18.4 to 16.0 per round, but he has been accurate, connecting on 39.0 percent of his overall punches and 48.0 percent of his power shots.

Chavez Jr. could stay away from Canelo, avoid that uppercut, and attempt to use his reach to pick him apart with jabs and strong defense, but that would be ignoring his weight advantage. JC Jr, who has fought at light heavyweight and recently been in the 168 range, is a naturally bigger man than Canelo, who has done most of his work at 147 and 154 pounds, and it could make sense to get in close and push the champ around.

Ultimately, no matter what strategy he takes, Chavez Jr. is facing an uphill battle against Canelo. But with each fighter’s ability to land punches at a high rate, we could be in store for a highly entertaining battle.