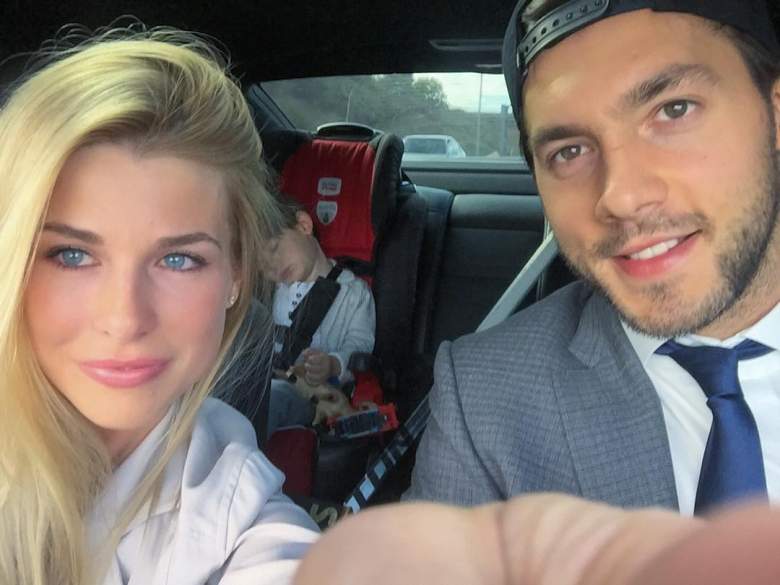 Although Kris Letang suffered a season-ending injury in February, he still has been a part of the Pittsburgh Penguins’ Stanley Cup playoff run.

Letang announces the starting lineup in the dressing room before games, and also serves as an extra pair of eyes for the coaching staff, according to Yahoo Sports.

“He sits in on some of our coaches’ meetings that we have, not all of them but some of them,” Penguins head coach Mike Sullivan told the site. “We certainly value his input. He has great relationships with his teammates. I think he has the ability to have one-on-one conversations with or group conversations with defense pairs or the defensemen as a whole or the power play, whatever it may be.”

Letang’s presence is undoubtedly a benefit for the team as they aim to capture their second consecutive Stanley Cup.

When the defenseman is off the ice or not at the training facility, he spends time with his wife and family. Here’s more on his wife, Catherine LaFlamme and their life together:

1. She Stars In the Reality TV Show ‘Hockey Wives’

Letang isn’t the only one who has built a strong following in their household.

In March, LaFlamme announced on Instagram that she would be appearing on the third season of “Hockey Wives,” which premiered April 19 on Canada’s W Network.

The show offers access to the busy lives of the girlfriends and wives of professional hockey players.

Story lines surrounding LaFlamme include a broad range of topics from personal health issues the couple has faced to the launch of her own children’s clothing line.

Here is an excerpt from LaFlamme’s bio on the show’s website:

The time is now to fire on all cylinders to make her idea a reality as she plans towards her big launch party, to be well-­‐attended by the hockey community this coming winter. There will be a lot of pressure for a repeat Stanley Cup performance this year in Pittsburgh, so thus pressure will be on Catherine to launch her line while watching Kris hit the ice again.

It’s only been 2 years since a traumatic stroke nearly took his life, and ever since she has mixed emotions when he embarks on another high-stakes season. Will she be able to have it all? Launch her new line, support her husband to another Stanley Cup, and get pregnant with baby number 2?

LaFlamme recently launched her own children’s clothing line Alex et Estelle, which has teamed up with the Breakfast Club of Canada to help children in need.

“Every time someone buys an article on the website, we’re offering a breakfast to a child,” LaFlamme told the Toronto Sun. “For us, it was really important to incorporate that aspect of philanthropy to the project.”

According to the clothing line’s website, Alex et Estelle is the “union of two moms who are passionate about their kids, fashion and philanthropy.”

The company’s mission is to “offer products conceived ethically, mainly in Montréal.” 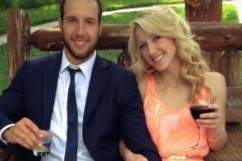 A motivating factor in LaFlamme’s decision to join the reality TV show, “Hockey Wives” was to bring awareness to health issues that have affected her and her husband.

“We’re really young and what we’ve been through in the last few years, it’s not normal for our age. I think our story is unique,” LaFlamme told Postmedia Network. “We all have different struggles in the series, but what we’re sharing is different.”

Two years ago, Letang suffered a stroke at the young age of 26-years-old. The injury-prone sport of hockey brings safety concerns the couple discusses on the show.

“Kris is really supportive. If your struggle is going to help people that are going through similar situations, why not share it?” LaFlamme said, according to the Toronto Sun.

“Even with the stroke, Kris at first decided to be really open about it, because it’s really rare to have a stroke at such a young age. He wants to bring awareness and education around the subject. For us, we were lucky enough to have a happy ending, but this is not the case for other families. To talk about it could help someone to recognize the signs and save a life.”

4. LaFlamme Has Opened up About Her Miscarriage to Help Other Women

The couple has allowed the reality show to bring cameras into their home, which have captured sensitive topics including LaFlamme’s miscarriage. Three months into her second pregnancy, LaFlamme lost the child. The miscarriage occurred during the 2016 Stanley Cup playoffs. In May 2016, LaFlame shared a heartfelt message on Instagram to share the news of her miscarriage.

“A lot of women go through situations like that. But it’s something that we barely talk about. So, we had this experience a few times and mentally, you go through a lot of phases and I think this is an aspect that you can’t see on TV,” she told the Toronto Sun.

“Personally, I went through feeling like a failure to being a little ashamed and at some point, you just need to accept it. But every time I was having a miscarriage, it’s a mix of emotions. With everything we went through with the stroke and the pregnancy, I went through a point in my life where I realized that this is happening. I did work on myself a bit. When something bad is happening, there’s always something positive from it.”

5. LaFlamme & Letang Have a Son Together

LaFlamme and Letang have a son, Alexander, who was born in November 2012. The couple wed three years later on July 18, 2015 in Montreal.

Alexander has joined his dad on the ice for several occasions, including the “Skating For Little Hearts” benefit for the Heart Institute at Children’s Hospital of Pittsburgh of UPMC.

LaFlamme and Alexander also celebrated with Letang after the Penguins won the 2016 Stanley Cup. 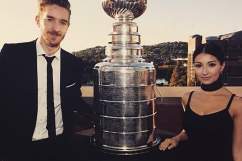