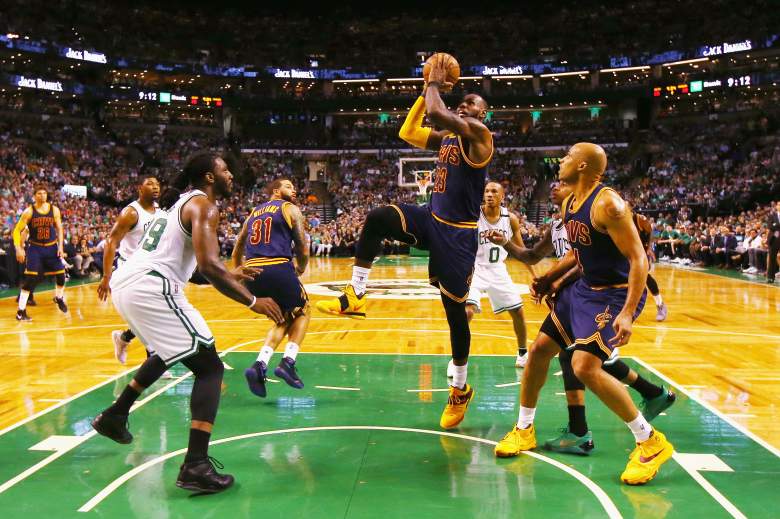 LeBron James and the Cleveland Cavaliers hope to push their series lead to 3-0 over the Boston Celtics on Sunday. (Getty)

After taking care of business with relative ease in Boston for the first two games of the Eastern Conference Finals, LeBron James and the Cleveland Cavaliers return home on Sunday, looking to continue their winning ways and open up a 3-0 series lead.

With Celtics leading scorer Isaiah Thomas out for the remainder of the postseason, the Cavaliers are favored by 17 points over the Celtics in Game 3 — according to OddsShark. The over-under is set at 215 points.

The OddsShark computer likes the Cavs to extend their 2017 playoff record to 11-0 and win their 14th straight overall in the postseason in Game 3, projecting a 125-95.1 Cavs victory. The computer is taking Cleveland to cover the spread and taking the over on the point total.

It was a brutal first two games for Boston, having lost by a combined 57 points — including a 44 point blowout in Game 2. In that game, the Cavs set an NBA playoff-record for largest halftime lead, 41. But the Celtics — regardless of the outcome of this series — can take solace in having won the NBA Draft Lottery on Tuesday night, thanks to a prior trade made with Brooklyn.

Meanwhile, the Celtics are 9-4 overall against the spread in their last 13 games, and the point total has gone UNDER in five of their last six road games.

Without Thomas, the Celtics will be missing his 23.3 points per game and 6.7 assists per game that he has provided through the first 15 contests of this postseason. Factor in LeBron is just playing on a different planet right about now, it just doesn’t look good for Boston — even with them getting 17 points on Sunday. Let’s go with the Cavs and take the OVER. 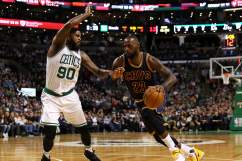 Read More
Boston Celtics, Cleveland Cavaliers, NBA, Odds, Sports Betting
Can Cleveland continue their playoff dominance and extend their series lead over the Boston Celtics to 3-0? Heavy has the odds, point spread and a prediction.