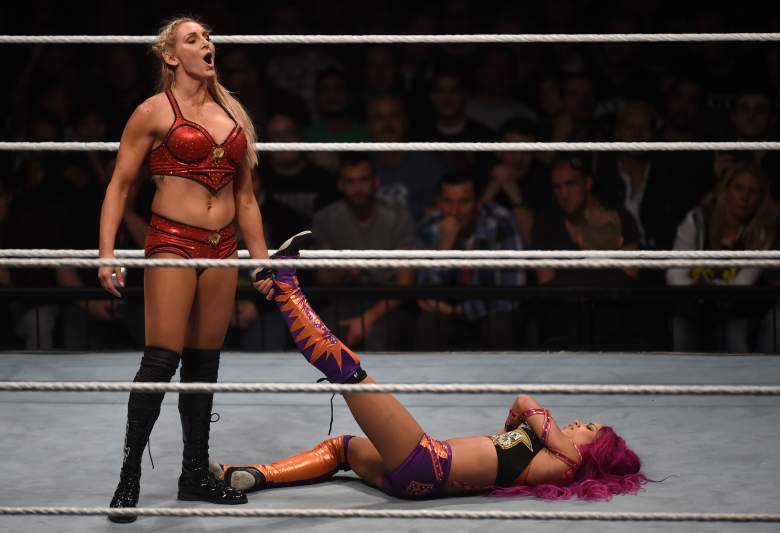 WWE star Charlotte Flair is the latest celebrity to have her private photos leaked online.

Flair, whose real name is Ashley Fliehr, confirmed Thursday on Twitter that she was the victim of a photo hack. The daughter of WWE legend Ric Flair said in her tweet that her photos were compromised and shared publicly on the internet, asking for them to be taken down immediately.

Private photos of mine were stolen and shared publicly without my consent. These images must be removed from the Internet immediately.

The photos show a nude Charlotte taking multiple selfies in front of a mirror with her cell phone, which has a WWE case on it.

The photo leak has prompted many social media users to offer their support to Flair. The hashtag #IStandWithCharlotte was trending on Twitter throughout the day May 4, with many sending positive messages the WWE star’s way.

RT this and use the hashtag #IStandWithCharlotte to show your love and support for @MsCharlotteWWE !! pic.twitter.com/V4jt4ixvzP

Flair is one of the biggest female stars currently in WWE and is a four-time women’s champion. She began training with WWE in 2012 and debuted on NXT in 2013. Just one year later, Charlotte won the NXT Women’s Championship and saw a steady rise of stardom in the industry. She received a promotion to the main roster in 2015 and won the WWE Divas Championship almost right away.

She’s been married twice in her lifetime: once to Riki Johnson in 2010 before filing for divorce and then to wrestler Bram in 2013. The two filed for divorce in Florida in 2015.

In March 2013, her younger brother Reid was found dead in his bed in Charlotte, North Carolina. His autopsy revealed that he died from an accidental overdose of heroin and prescription drugs.

Charlotte’s photo hack is another in a recent line of leaks targeting female WWE superstars.

On April 28, current WWE RAW Women’s Champion Alexa Bliss took to Twitter to respond to rumors that her private photos were compromised. She shot down the rumor with a tweet and asked that the “altered” photos be taken down.

Once again, the risqué photos on the Internet supposedly of me are bogus.

Earlier this year, former WWE Divas Champion Paige was the victim of a hack when a number of explicit photos and videos were stolen from her cell phone and leaked online by a hacker.

WWE superstar Summer Rae also reportedly had private photos hacked and leaked to numerous websites. But she took to Twitter to respond shortly after the reported leak, implying that the photographs of her weren’t real.

As they say, dont believe everything you see on the internet. There's people out there with a lot of time on their hands & a big imagination